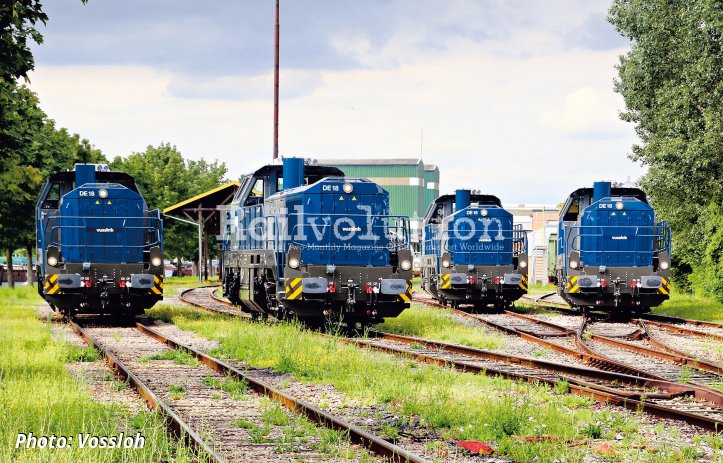 Since 2003, drastic reductions in emission limits have been coming into force in a series of stages and will attain their next peak level in 2022 with Stage V. At the same time, deregulation of rail markets has been encouraging western European companies to replace many of their older locomotives, some of which had been in operation for over 50 years.
Photo: Four DE 18 locomotives ordered by Millet-RégioRail of France in 2016. This photo was taken at Strasbourg, Port du Rhin, on 13 June 2018. 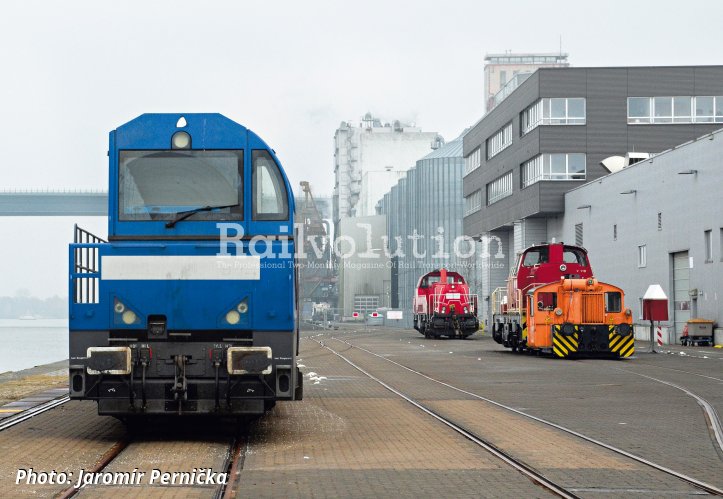 On 8 March 2018 we were invited to visit Voith Turbo’s Kiel works, where we looked at the projects and contracts in progress there.
Photo: On the quayside at the Voith Turbo works. 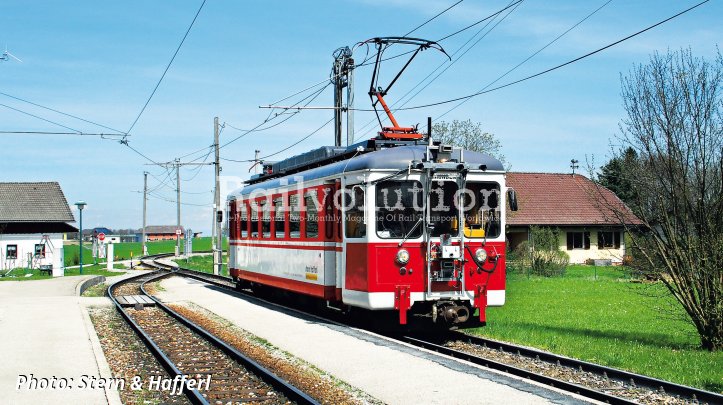 AutoBAHN2020 Takes To The Rails

In 2008 Stern & Hafferl Verkehrsgesellschaft and Universität Salzburg Fachbereich für Computerwissenschaften, with FH Oberösterreich acting as project coordinator, started to develop a project, then entitled autoBAHN, aimed at the radical reshaping of the way local rural rail services are operated.
Photo: ET23 112 on its first driverless test run at Eisengattern on 14 April 2018. 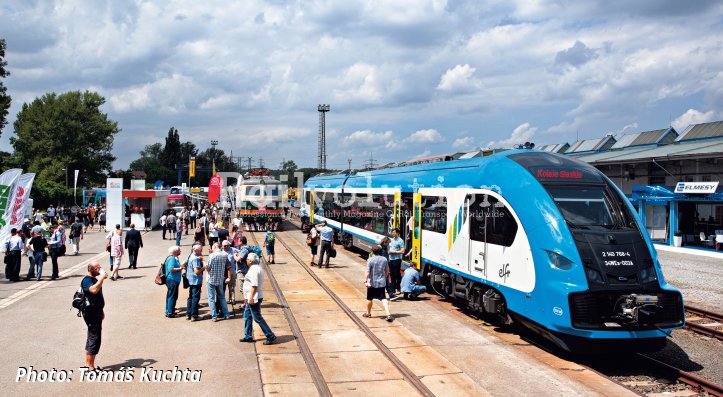 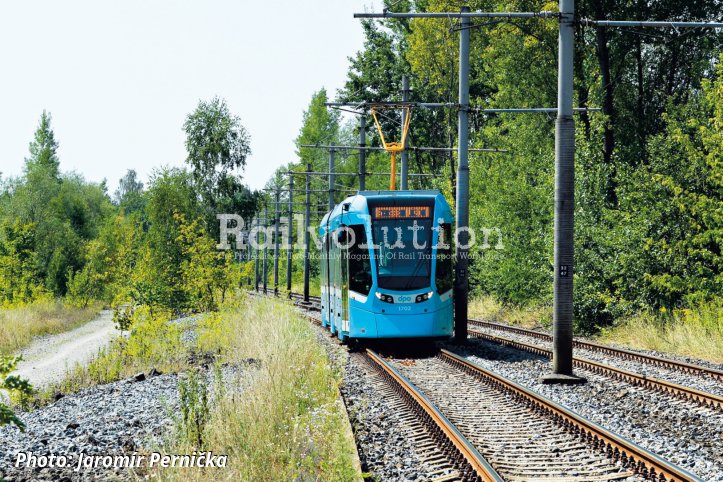 In June 2018 Ostrava municipal transport operator Dopravní podnik Ostrava (DPO) started testing the first of its new Stadler-built Tango trams. This heralds the dawn of a new era for the Ostrava tramway network and its passengers, with the immanent arrival of a fleet of modern, state-of-the-art vehicles.
Photo: This photo, taken on 4 August 2018 in location between Teplotechna and Osada Míru stops, shows Tango 1702, which was the first tram ever to reach a recorded speed of 80 km/h on the Ostrava network. 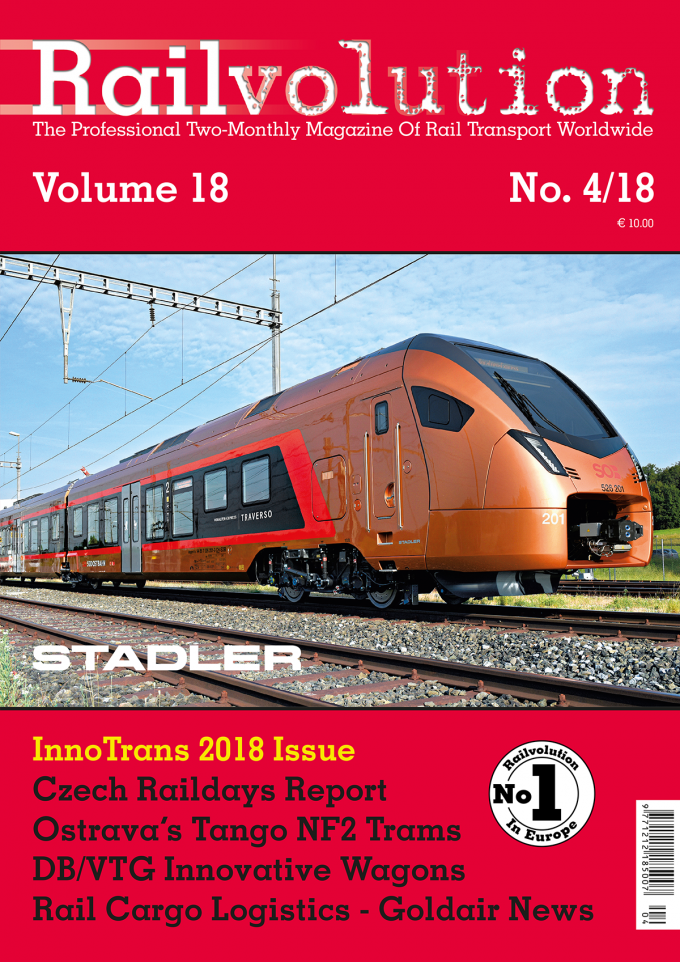 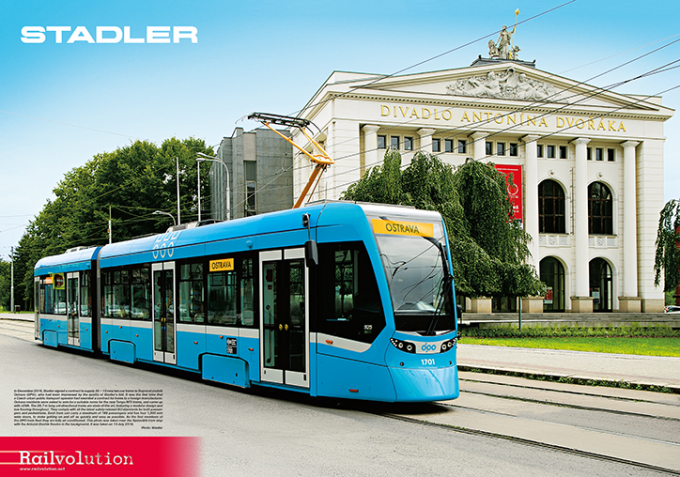 Features: a Tango NF2 tram built by Stadler for Ostrava.