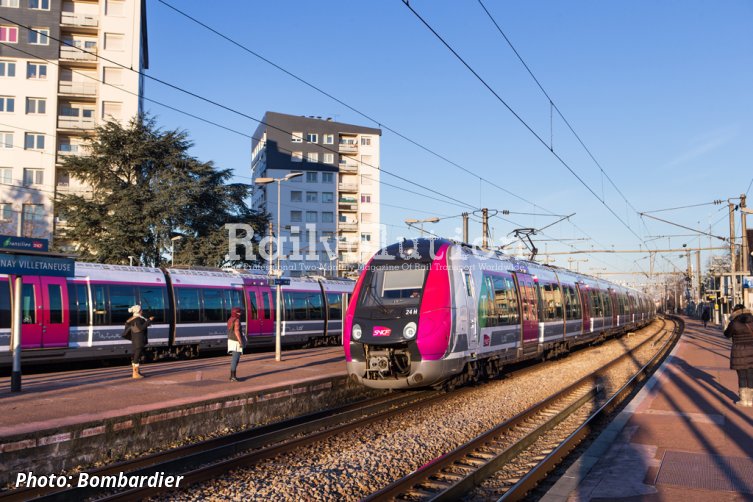 Bombardier Transportation has received an order for 47 Francilien EMUs (42 seven-car and five eight-car units, 334 cars in total) from SNCF on behalf of the Greater Paris public transport authority, Île-de-France Mobilités. The order, a call off from a contract signed in 2006 with SNCF for a maximum of 372 trains, is valued at approximately 330 million EUR. These trains, entirely financed by Île-de-France Mobilités, will be used on lines L, J and P on the SNCF Transilien network to continue modernising the fleet. With this order, the fleet will achieve 360 Francilien EMUs and will be the largest one in Île-de-France.

With over 240 Bombardier’s Spacium EMUs operating today, the Francilien symbolises modern transportation in Île-de-France and induces passengers to take public transportation. The Francilien has become a new reference for daily trips, fit for a capital city like Paris, offering high seated capacity and a unique colorful interior design. Wide doors and large vestibules with level access meet the demands of the dense Île-de-France network and improve the dwell time. For example, Line H, which has a Francilien fleet, reached the highest punctuality score in Île-de-France for the first semester 2018 according to the punctuality bulletin published by Île-de-France Mobilités in September 2018.