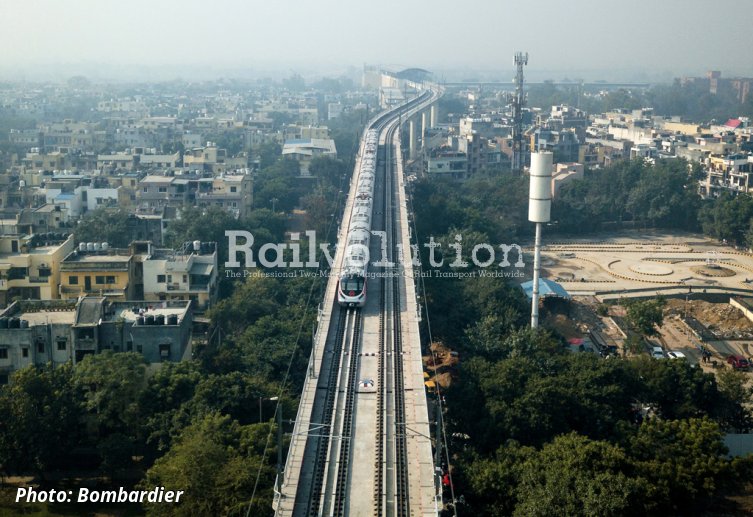 On 31 December 2018 Bombardier Transportation, together with Delhi Metro Rail Corporation (DMRC), celebrated the opening of the final major section of the new, automated Delhi Metro Line 7, equipped with Bombardier’s advanced rail control. The latest 9.8-km stretch of line to open runs from Lajpat Nagar to Mayur Vihar and is providing new rail links between the south and east of the city. All four phases of Line 7, or the Pink Line, which have opened since March this year, are equipped with the CITYFLO 650 communications-based train control solution to support safe and reliable automatic train operations. CITYFLO 650 uses modern radio networks and moving block operation to provide centralised train supervision. The complete 58.5-km circular route from Majlis Park to Shiv Vihar Station will run alongside the city’s Ring Road and is the only line to intersect with all other six Delhi Metro lines. A final 600-metre section will connect the two sections in service. Able to support train speeds of up 85 km/h and frequency as low as just over one and half minutes, this line opening will further support Delhi Metro’s vision to move four million passengers daily on the network. Bombardier is actively collaborating in the Make in India program by delivering rail vehicles, products and solutions that are developed locally, for both Indian and foreign markets. Bombardier has also been delivering rail control solutions in India for over 30 years and is DMRC’s largest signalling solution supplier. Delhi Metro Lines 5 and 6 are equipped with Bombardier’s CITYFLO 350 signalling solution. In February 2018, the last of the 776 MOVIA metro cars entered in passenger service on the Delhi Metro network.