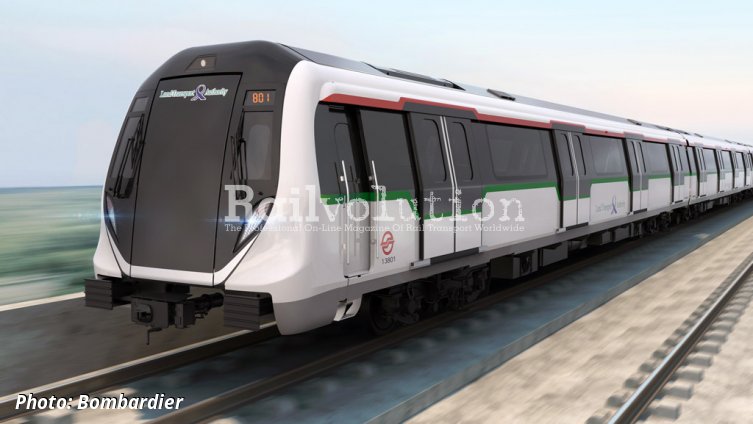 On 28 September 2020 Bombardier Transportation announced that it has signed a new contract with Singapore’s rail operator, SMRT Train Ltd (SMRT), supported by the Land Transport Authority (LTA), to provide 10-years of long-term service support for 636 MOVIA metro cars currently in delivery for the North-South and East-West Lines (NSEWL). This order comes with an option to extend the agreement for a further 20 years. The new integrated fleet services contract includes technical support and spares supply at the NSEWL.

“We are proud to continue playing such a major role, contributing to Singapore’s public transport network and supporting our customer’s ambitious expansion plan to grow its rail network to 360 km by the 2030s,” said Jayaram Naidu, President of Southeast Asia Region, Bombardier Transportation.

This is the third order received for the NSEWL. The initial base contract was awarded by the LTA for 396 metro cars, then a further order of 240 additional metro cars was placed. The new NSEWL Service contract awarded is the latest chapter in Bombardier’s rail services growth story. Bombardier is responsible for design, engineering, manufacturing, assembly, testing, commissioning and delivery of the six-car MOVIA metro trainsets for the NSEWL system, scheduled to arrive from 2021.