MOVIA For The Agra-Kanpur Metro Lines In India 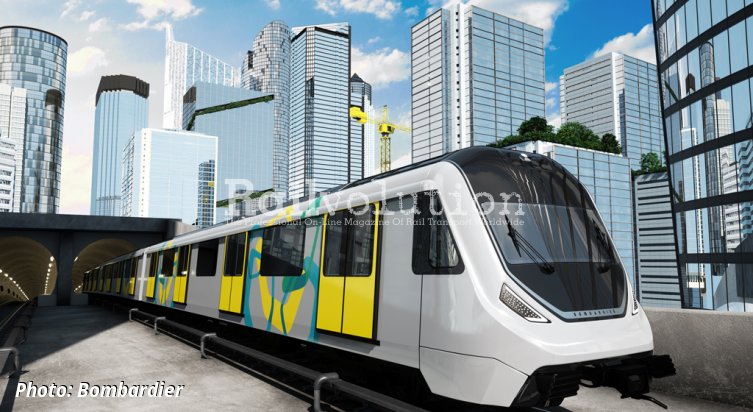 On 6 July 2020 Bombardier Transportation announced that it has received a Letter of Award (LoA) from India’s Uttar Pradesh Metro Rail Corporation (UPMRC) to build and deliver 201 metro cars and a signalling solution for the Agra-Kanpur Metro projects. For the 30 km Agra Metro and the 32 km Kanpur Metro, Bombardier’s scope for the contract comprises 67 three-car MOVIA metro trainsets and the ITYFLO 650 rail control solution. The Letter of Award is valued at approximately INR 2051 crore (245 million EUR) and the customer has a provision to exercise an option of an additional 51 metro cars.

The Agra and Kanpur metro rail projects will have two corridors each connecting major public nodes, tourist places including the Taj Mahal, and city cluster areas, resulting in a sustainable and reliable public transport system for the two cities. For the four million people in Kanpur and the two million people in Agra, the metro will bring improved connectivity and an enhanced passenger experience.

The project will be executed in accordance with country’s ‘Make in India’ guidelines, with the trains being manufactured at Bombardier’s Savli and Maneja sites near Vadodara in India. The rolling stock will be designed at the Global Engineering and Technology Centre in Hyderabad, India.

In India, Bombardier is one of the largest rolling stock providers and the largest signalling solution supplier to Delhi Metro, one of the world’s leading metro operators. Since 2007, 816 metro cars have been ordered and more than 140 km of metro lines have been equipped with Bombardier’s signalling technology. In addition to the CITYFLO 650 solution installed on Delhi’s lines 7 and 9, Delhi Metro lines 5 and 6 are equipped with Bombardier’s CITYFLO 350 signalling solution.

This is the second major contract for Bombardier in India this year. In May 2020, Bombardier announced that it had won the contract to build and deliver 30 six-car commuter trainsets and 10 three-car intracity trainsets, together with 15 years of maintenance, for the Delhi - Ghaziabad - Meerut semi-high-speed rail corridor of the Regional Rapid Transport System (RRTS) from India’s National Capital Region Transport Corporation (NCRTC).