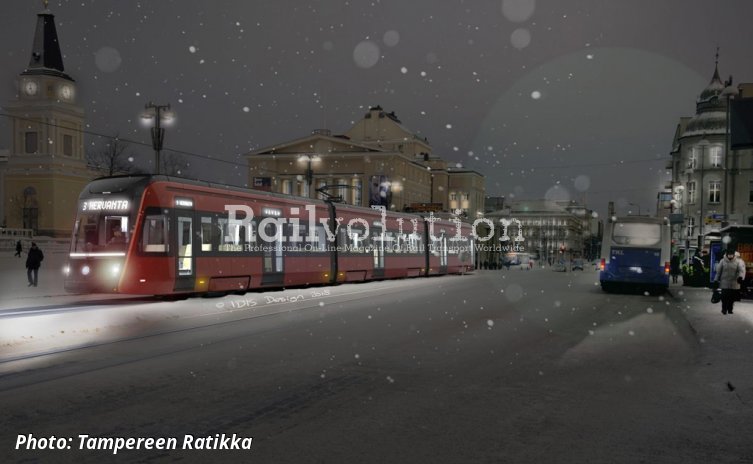 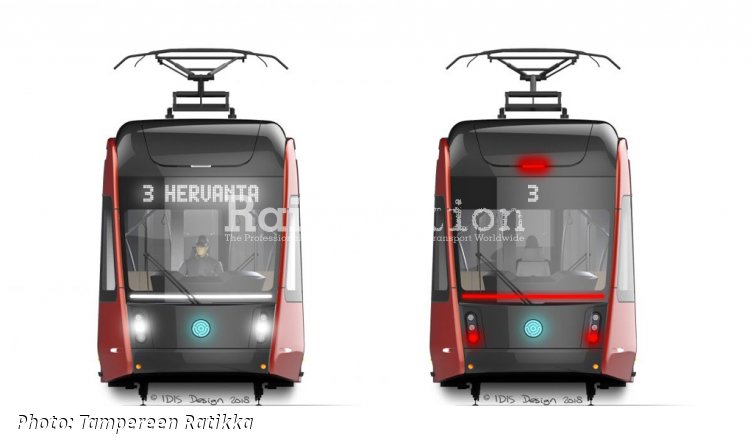 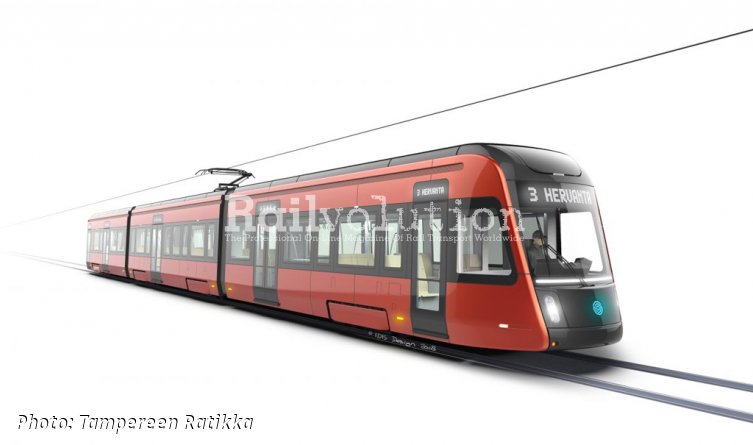 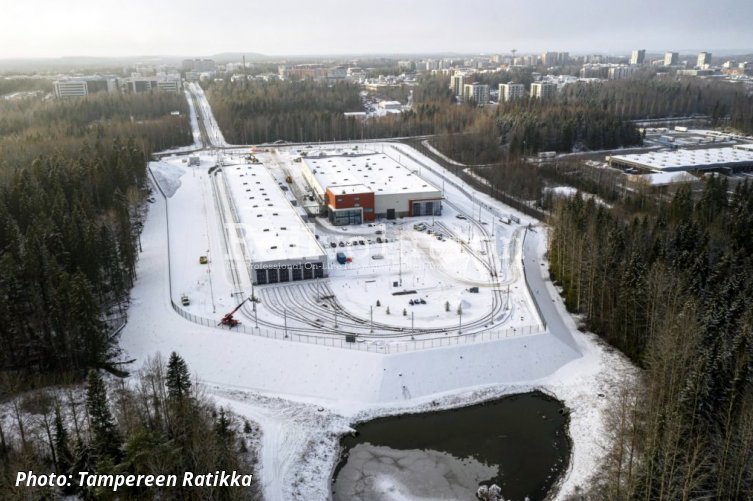 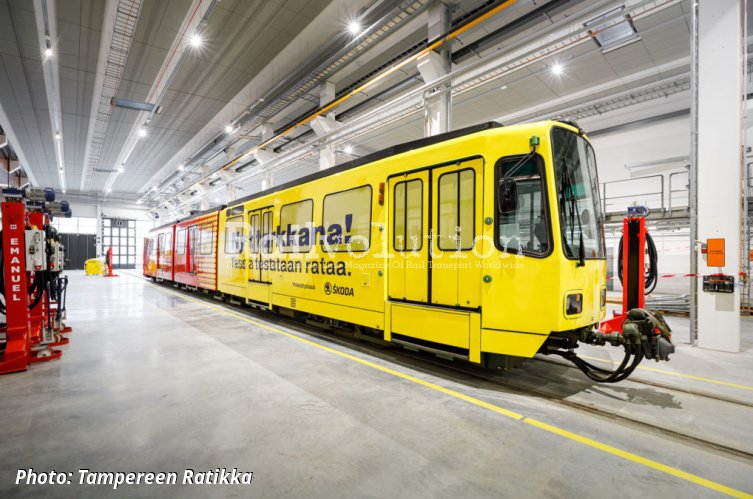 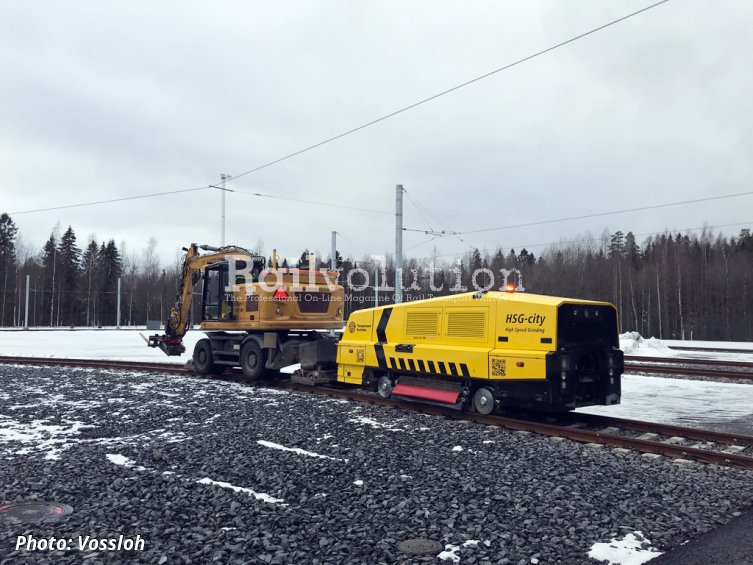 Tampere is constructing a 1,435 mm gauge tram line which would run in Section 1 between the city centre, Hervanta and Tampere University Hospital. At the moment, the aforementioned locations are not only the busiest in terms of public transport, but some of the fastest growing areas of the city. The objective is to start the tramway traffic from the city centre to Hervanta and Tampere University Hospital in August 2021.

A wholly-owned subsidiary of the city of Tampere, Tampereen Raitiotie Oy (Tampere Tramway Ltd.) is in charge of building the network's infrastructure, purchasing the trams and other equipment, organising the project's financing and granting the running of the tram system when it commences operations in 2021. The tram line will connect major residential areas and work places, educational establishments, the railway station and the University Hospital and retail districts.

Tampere, which with a population of over 238,000 (in January 2020) is the third largest city in Finland, is growing rapidly. The average population growth has been more than 3,000 annually. The city centre is already congested with buses, and the narrow neck of land cannot support any more bus traffic. The city council of Tampere decided in December 2017 to begin the second stage in the development and design of the Tampere tramway. The city council will decide of the building Section 2 in 2020.

Testing of the new tram system using a test vehicle from Germany will start at the tram depot on 16 March. The aim is to perform the first test runs with the test tram outside the depot on Hermiankatu on 18 March. If necessary, the tests will continue until the end of April. A tram manufactured in 1981 and brought to Tampere from Germany will be used in the testing.

Before the test runs, the test car was equipped and its exterior dimensions modified so that it sufficiently corresponds to the dimensions of the Tampere system. This will make it possible to check the compatibility of the tram car with platform areas as well as the reach of its exterior elements near various fixed structures.

The test car will also be loaded with approximately 18,000 kg of extra weight so that it is similar in weight to the future Škoda trams. The test runs will involve testing the drivability of the track and turnouts with a tram of the proper weight in addition to ensuring the functionality of track-related systems and electrified line structures.
Other focuses during track infrastructure testing include right of way operations related to traffic lights, checking track signal functions and traffic sign locations as well as testing the operation of the turnout control system. At the depot, testing will cover interlocking device operations, the placement of depot track pathways, as well as turnouts, signals and electrified line functions.

Tests related to all tramline systems will be performed on the track section between the tram depot in Hervanta and the Turtola tram stop. On each test section, the tram will first move at walking speed, which means a maximum of 5 km/h. The speed tests will be performed according to the maximum speeds for each street or track. These are 30 km/h on Hermiankatu, 15 km/h on Atomipolku, 30 km/h on Insinöörinkatu and 70 km/h on Hervannan valtaväylä. Traffic controllers will be present during the tests, and they will temporarily stop vehicle traffic and direct pedestrians and cyclists if necessary. Test runs will be performed outside rush hour periods, which means between 9,00 and 15,00 h.

The test tram is a LHB-built Type TW6000 from Hannover, and it arrived in Tampere at the end of February 2020. The tram has been modified for testing and it has been taped with red and yellow safety colours.

The ForCity Smart Artic prototype, which will be used for tests and the final validations, will arrive in Tampere in May. It is being being built at Škoda Transtech’s Otanmäki works. The 100 % low floor three-section trams will be bi-directional, 37.3 m long, 2,650 mm wide and 3,930 mm high above rail top, with pantograph lowered. The axle arrangement will be Bo’ + Bo’Bo’ + Bo’ with traction motors each rated at 70 kW. Top service speed will be 80 km/h. There will be 64 seats and space for up to 200 standees.

At present 19 ForCity Smart Artic trams are on order. The start of regular service is scheduled for 9 August 2021.

In 2019 Tampereen Raitiotie has purchased at Vossloh one of the HSG-city grinding machines for its rail maintenance. The contract also includes a spare parts package and a service agreement for the machine's annual maintenance. The grinding machine, which was designed with light-rail networks in mind, was delivered in December of 2019. Grinding off the mill scale is the first important step for the company in this regard.

Other areas of application include head check prevention and the removal of greasy residues, which are primarily the result of fallen leaves, air pollution or rainfall after a long period of dry weather. A greasy film builds up on the rails and becomes a safety hazard e. g. when accelerating from a standstill or braking. Grinding off these greasy residues improves traction between wheel and rail and increases the rail's electrical conductivity.