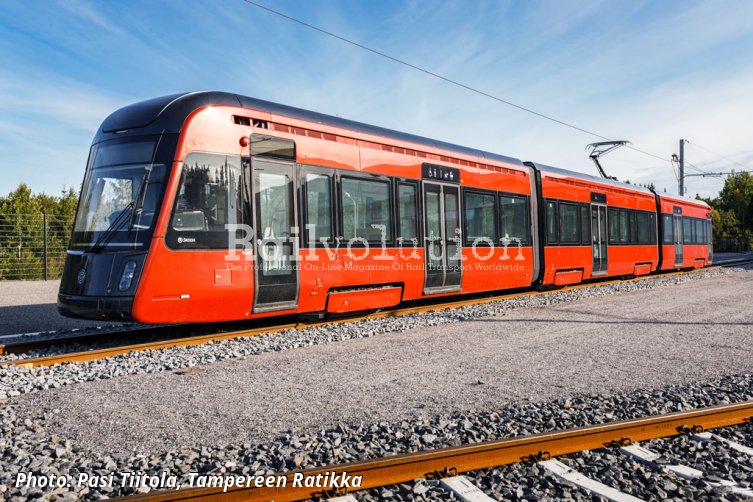 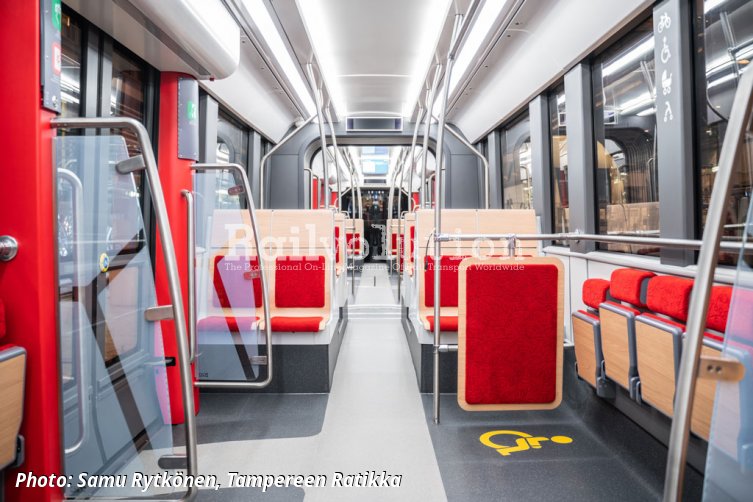 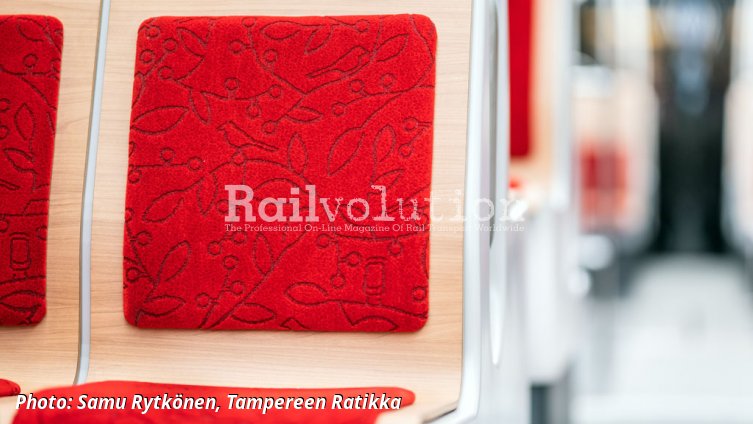 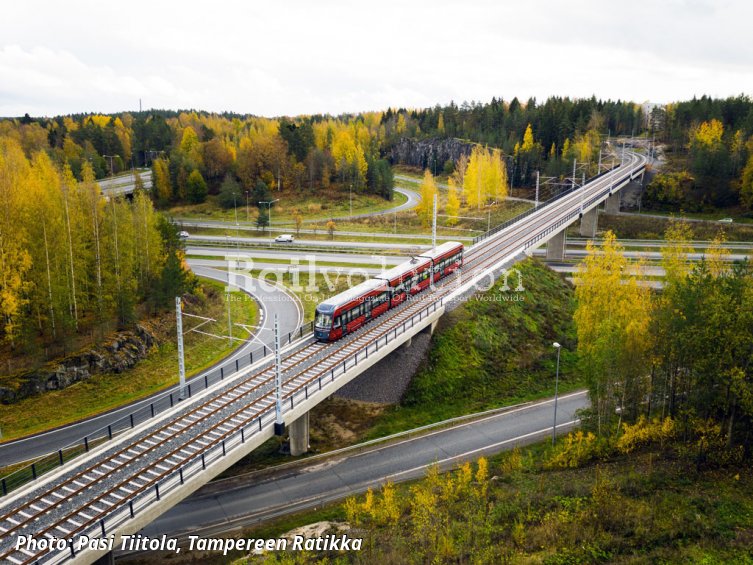 On 12 September 2020, a second ForCity Smart Artic tram, TRO 002, arrived from Škoda Transtech in Tampere, marking a major milestone towards the start of passenger service. Compared to the fist tram, TRO 001, used for initial testing, which arrived on 25 May, TRO 002 has the complete interior. This will enable complete testing of the batch-built vehicles - technical and commercial test runs are planned until summer 2021, the start of regular service is envisaged for August that year. At present three ForCity Smart Artics are in Tampere.

Tampereen Ratikka originally planned to enter service with the new trams at the beginning of October as part of Tampere Day celebrations, but that event had to be cancelled due to the coronavirus situation. An event is therefor tentatively scheduled for later this year.

Tampere Tramway’s ForCity Smart Artic trams are being manufactured at Škoda Transtech Oy’s Otanmäki factory in Kajaani. They are the largest ever manufactured trams in the Nordic countries - 37.3 m long, 3.6 m high and 2.65 m wide, and it weighs 56.8 t tare.

Juha Vierros, Škoda Transtech CEO, states: „Tampere tram forms part of the Artic family, and is its longest and widest member. We developed the first Artic tram car for Helsinki in the early 2010s. Our objective at that time was to design and build a tram that provides passengers with a reliable, comfortable and modern transport experience. Now - in 2020 - we’ve sold more than 200 Artics and there’s no end in sight for this success story. Our company has also been recognised internationally - more than 40 % of them are exported. We believe that Tampere’s Artic will attract great interest in the central European market.“

The trams are spacious and air-conditioned and the lighting was designed to take the amount of outdoor light as well as different times of day and seasons into account. The railings and handles are positioned so that passengers of different sizes can reach them. The passenger compartment has no sharp edges. People with impaired vision have been taken into consideration by means of tactile paving stones at the stops and guidance strips on the floor of the car. The trams also have camera surveillance, so the driver can monitor what’s happening in the vehicle.

In terms of size and colour, Tampere’s trams are very noticeable. Their visibility - especially in poor conditions - is ultimately created with lights. Each car has a strip of LED warning lights along the bottom of the windscreen and a strongly lighted route strip at the top. They create a strong contrast against the dark background of the front end of the tram. The driving lights are highly visible LED lights. The shape of the front end and placement of the bumper have also been designed to be as safe as possible.

„The tram also contains a lot of smart solutions. For example, the interior cameras can be used to count passengers, which will provide public transport planners with valuable information related to managing rush hour traffic. In the future, this information will also be beneficial for passengers when we’re able to apply it so that a person travelling with a bicycle can find out in advance whether a car has space for bikes,“ explains Ali Huttunen, Tampereen Ratikka Rolling Stock Manager.

Art is part of Tampereen Ratikka in many ways via the Tramway Art project. It has been visible in the Tampere cityscape during construction, and now permanent works of art have been completed along the tram route, for example, on the tram bridge across Kekkosentie and the support wall in Turtola. A diverse range of tram stop art will be revealed once the tramway begins operating.

The pattern created by Laura Gröndahl, who was selected to design fabrics for Tampere trams, is now on display for the first time on the seats. She wanted to use local images as the subject matter, and that’s why it includes the regional bird and regional flower of Pirkanmaa province - the White Wagtail and Blackbird.