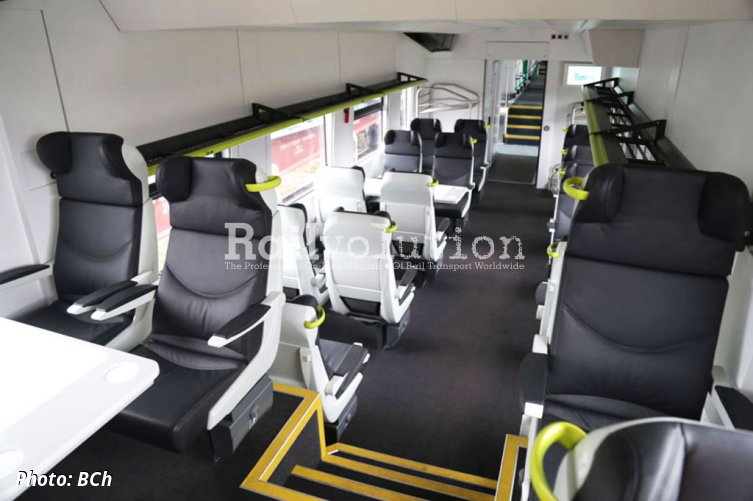 In late April 2020 PESA announced that it was awarded an authorisation for its Class DP6 (Type 760M) DMU for Belarusskaya Chygunka. The first six-car Class 760M trains for the Belarusian Railway were delivered to Minsk in 2019. From December BCh used these trains on services in the „Interregional lines“ (IRLb) category, between Minsk and Vitebsk, under the supervised operation.

The issuing of the approval was based on the TR TS 001/2011 Technical Regulation of the Eurasian Economic Union. „That means that the 760Ms can also operate outside of Belarus. We can offer these vehicles to customers in other countries - including Russia, Lithuania, Uzbekistan, Kazakhstan or Moldova“ - stated Dariusz Skotnicki, Sales Director of Eastern Markets. The certificate was issued by KazTsSZhT (Kazakhstansky tsentr sertifikatsii na zheleznodorozhnom transporte, the Kazakh Railway Certification Centre), which is based at Nur-Sultan (until March 2019 Astana).

Over the past 15 years PESA has exported a number of 1,520 mm gauge DMUs and diesel railcars to various rail operators in eastern Europe. PESA’s latest development of these trains is the Type 760 M (BCh Class DP6) which is intended for long distance services. BCh ordered six of these 140 km/h trains in December 2017, the contract being worth 275 million PLN (64.5 million EUR). Finance was provided by ASB Leasing, a subsidiary of the State-owned Belarusbank, and by the State, under the country’s 2016 - 2020 national transport plan.

The first train in the batch, DP6-001, arrived in Minsk on 6 July 2019. In the coming months it was subjected to testing, with a view to authorisation for placing in service later that year. Two more DP6s arrived in Belarus during 2019, the remaining three are to follow until the end of June 2020.

Multi-purpose areas are provided, with stowage space for prams, bikes and luggage, wheelchair harness points are fitted, and there is a wheelchair-accessible WC cubicle, in addition to three standard-sized ones. The entrance vestibules do not have any steps. To provide easy access to low platforms retractable steps are fitted outside the entrance doors. Wheelchair ramps are provided at the entrance doors adjacent to the wheelchair harness locations. On-board refreshments are provided thanks to the installation of a coffee machine, a hot water samovar, and a refrigerator.