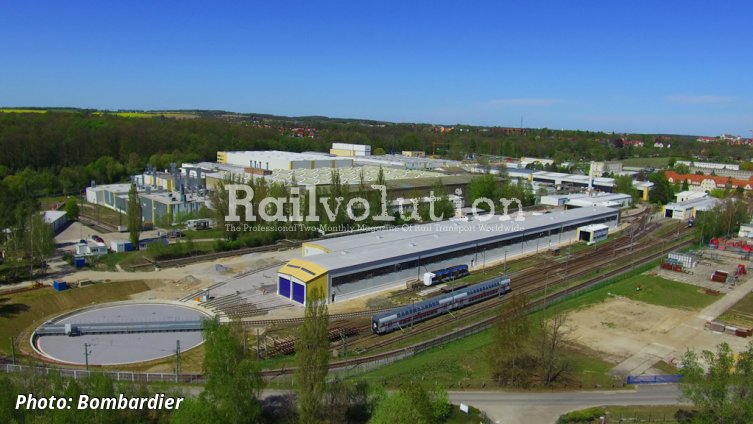 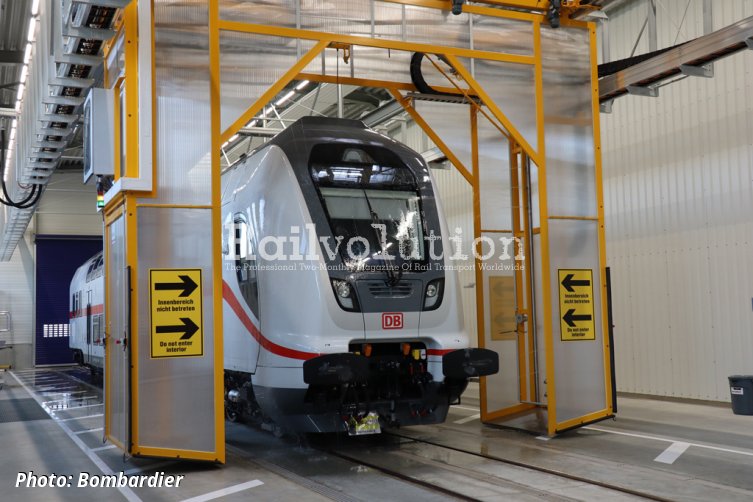 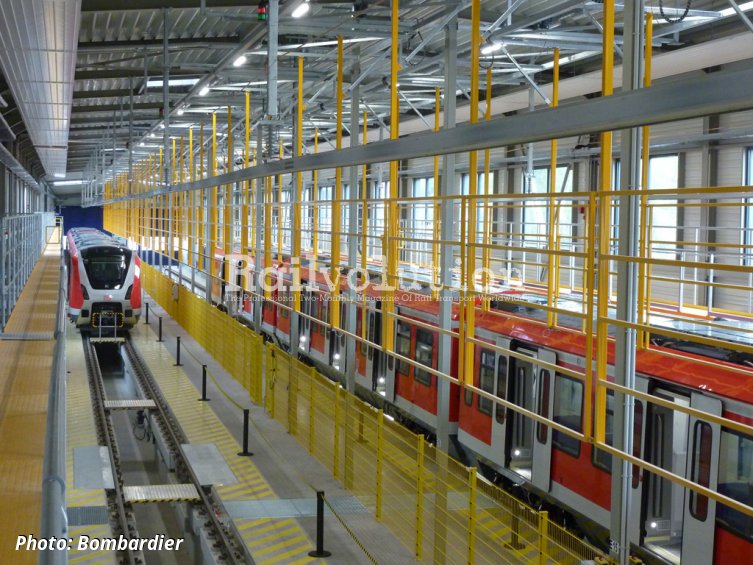 The outside facilities were finished in April 2019, while the inside equipment was fitted subsequently, enabling its gradually putting in use before the official December inauguration. Around 3,500 m3 of concrete and 650 t of steel were used for the 6,590 m2 building. Additionally, 50 km of electrical wiring were laid and more than 900 lamps were installed.

The centre includes, for example, a corner load measurement system with a combined four-axle wheel load weighing device, a test track for test runs and a separate hall for handing-over of vehicles to clients. At the new test centre, approximately 50 employees can work in three shifts. Three different vehicle types of up to 120 m in length can be tested simultaneously.

What’s new is that the individual cars are being tested before the train is coupled and subjected to final testing and commissioning. This enables faster and more flexible testing, helping Bombardier to increase the production capacity of the Bautzen works of up to 600 cars annually. With the consistent use of digital technologies, all data is digitally linked to optimise production, testing and all processes from logistics to quality management.

„With the new final assembly hall opened in 2018 and the test centre presented today, our site here in Bautzen is now equipped for the future with the latest modern innovative production and testing technologies. The site has a solid workload and is taking on a pioneering role at Bombardier Transportation as a competence centre for the batch production of regional and long-distance trains as well as trams and metros,” said Michael Fohrer, Chairman of the German Management Board of Bombardier Transportation.

At present, the final assembly is gradually being transferred from Hennigsdorf works to Bautzen, enabling Bombardier to transform the Hennigsdorf plant in its competence centre for engineering, prototyping, small batch production and services. The company has invested more than 16 million EUR in the new Bautzen test centre with most of the related construction work being performed by local companies. In total around 30 million EUR was invested to upgrade the Bautzen works for digital Industry 4.0 production, the largest portion of investment including a new production hall and a test centre.

Bombardier now has around 1,100 employees in its Bautzen works. Among others there is being realised a contract for S-Bahn Hamburg Class 490 EMUs, with final assembly of the trains carried out both in Bautzen and Hennigsdorf. However, the majority of these trains is already being assembled in Bautzen. In mid-December 53 Class 490 trains were in service in Hamburg, the original plan being that all 60 EMUs would be available by December 2016.