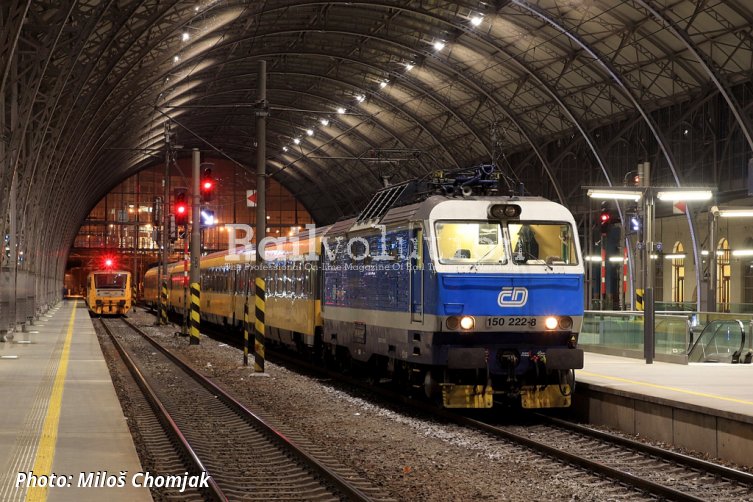 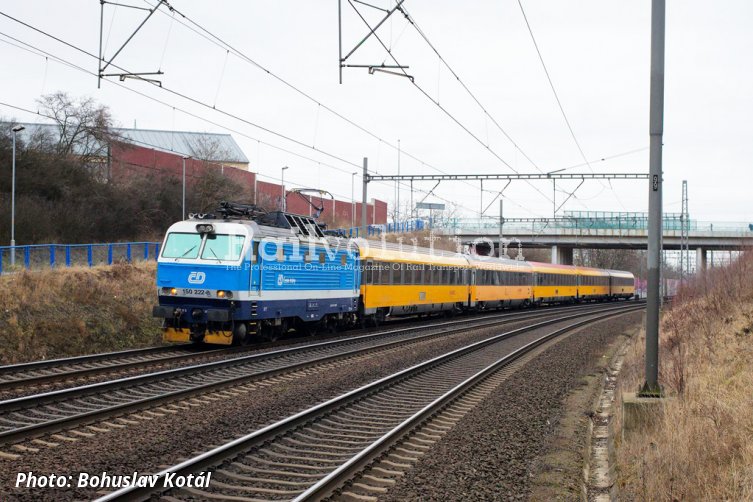 On 6 and 7 February 2020 for the very first time the ČD’s Class 150 express locomotive was used on several RegioJet services between Praha and Ostrava region. This is a short-term lease resulting from the present lack of locomotives at RegioJet, to which the operator states: „This is the result of a concurrence of planned repairs and locomotive failures that sometimes occur in service.“ Both on 6 and 7 February three services daily hauled by 150.222 were planned, mostly between Praha and Havířov.