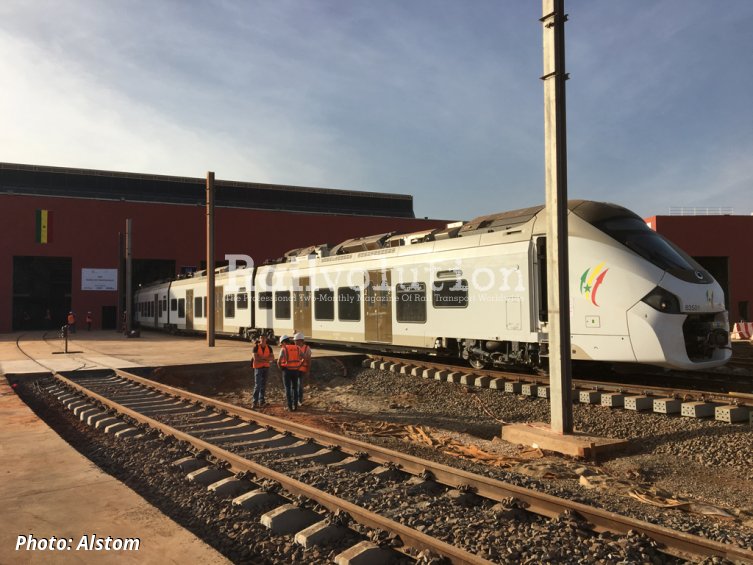 On 14 January 2019 Alstom and APIX, the agency responsible for the promotion of investment and major works, celebrated in Dakar the start of service of the Coradia Polyvalent EDMU. The event took place in the presence of His Excellency Macky Sall, the President of Senegal, and Raphael Bernadelli, Alstom’s Managing Director for Central and North Africa.

In 2016, after an international tender process, APIX awarded Alstom a contract for 15 regional EDMUs. The first one was received by the customer last September at the Alstom works in Reichshoffen. Since then, three 160 km/h trains have already arrived in Dakar. They will run on the new line betwee the centre of Dakar and Blaise Diagne International Airport (AIBD) in Diass. They will serve 14 stations over a distance of 55 km, covered in 45 minutes. The number of passengers is estimated at 115,000 per day.