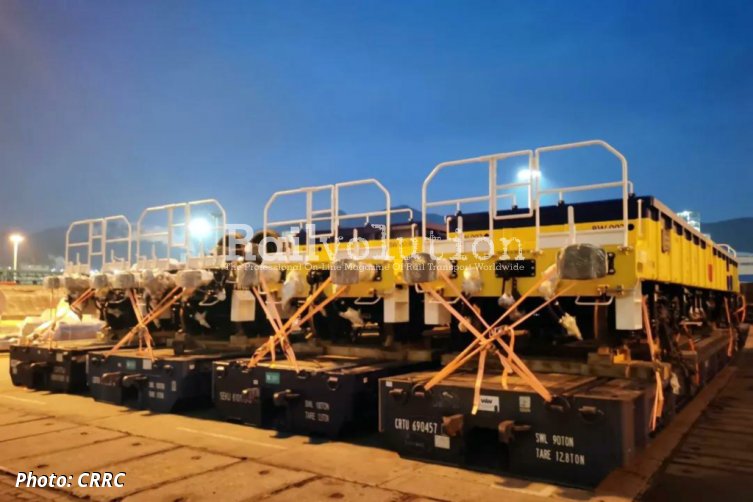 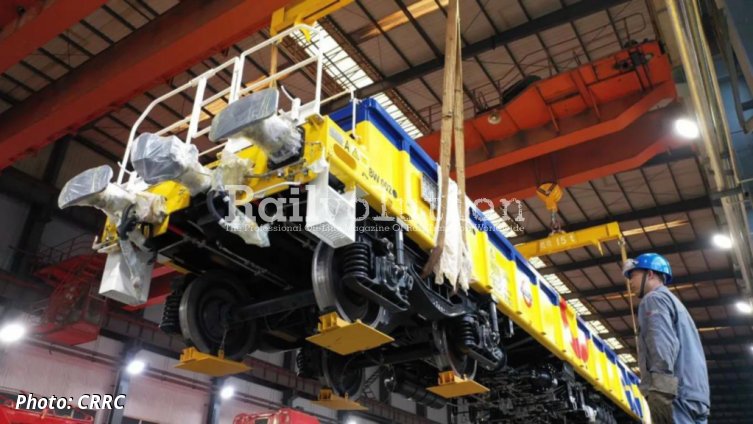 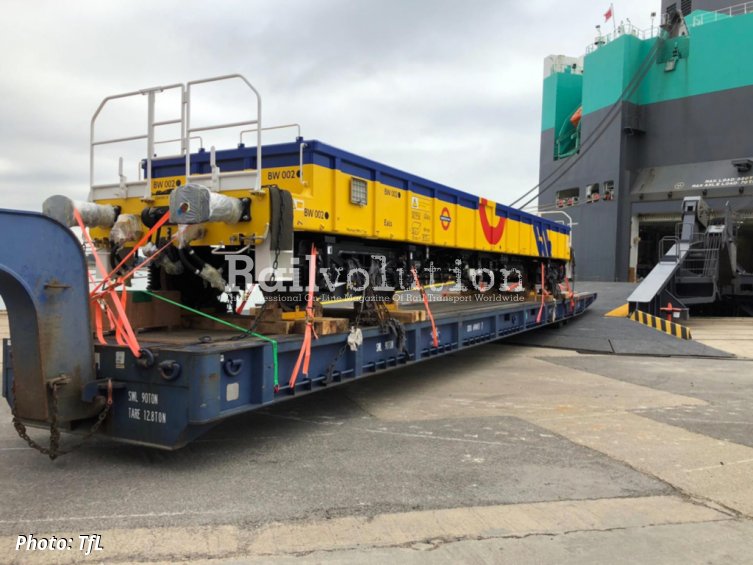 Freight trains and London’s busy Underground network are two images which it is perhaps hard to reconcile. But the infrastructure needs regular maintenance, and this involves the transport of materials, such as rails, track panels, sleepers, spent and new ballast, and spoil generated by construction sites.

London Underground (LU) currently has a fleet of around 200 wagons, of 11 types, for this purpose. They are hauled by a fleet of battery-electric locomotives, whose dimensions comply with the restricted loading gauge of the deep level lines. These machines can operate either off the 630 V DC four-rail system, or using their 320 V lead-acid batteries, which are recharged at depots.

The last time that LU bought a significant number of new wagons was in the early 1980s, and these vehicles are now approaching the end of their useful lives. Their design is based on those used at that time by British Rail, and they are not ideally suited to working on the metro network.

In June 2016 Transport for London (TfL) approved funding of 11.5 million GBP for the direct purchase of 86 new wagons to replace 99 of the existing fleet members. There was then a fall in the value of the pound on foreign exchanges, as a result of the EU referendum. TfL responded by reducing its order to 71 purpose-built vehicles - 66 open wagons and five platform wagons.

On 22 March 2017 the contract had been awarded to CRRC Shandong, following an invitation to tender, but no information was released by TfL regarding who the other bidders were. This was the first time that CRRC has ever received an order from a British company, and simultaneously the first time from a European metro operator. The order also includes manufacturer’s technical support.

At that time, the CRRC press release stated: „These wagons will be in service in 2019. ... The order is the first for UK rolling stock that has been won by CRRC and paves the way for CRRC to tackle wider opportunities, such as bidding to take part in the UK's High Speed 2 project.“

Ash Nanu, a London Underground project manager, said: „The new wagons will provide a major boost to our track renewal and maintenance programs. For the first time, we will have wagons designed specifically for our use and the environment within which we have to operate.“

All the new wagons are to be approved for use on both LU and Network Rail infrastructure, thus they must comply with London Underground standards, UK Notified National Technical Rules and TSIs. They will be designed for a maximum speed of 75 mph (120 km/h), an axle-load of 17 t, and will be 15 m long over buffers.

The open box wagons will be designed with a maximum height of 1.82 m above rail top to enable loading and unloading with excavators in subsurface tunnels. Its tare weight is 20 t and a volume of 25.5 m3. It is mounted on the Type Y25 bogies with a 2,000 mm wheelbase.

The platform wagons will be able to carry track panels and loose sleepers and will be fitted with ISO container fixings to provide the flexibility for the carriage in the future of  modular loads. In addition removable sides will be provided to enable the platform wagons to be converted into general purpose wagons.

According to contract the prototype wagons were announced to be developed and tested soon, prior batch production will start, anticipated to take place between 2018 and 2019. However, only on 7 August 2020 the first Shandong-built four prototypes left the nearby Lianyungang port towards UK for testing and follow-up work, arriving at Southampton port in September. They were two Class Eals box wagons (also designated BW 001 and BW 002) and two platform wagons.

From the moment the contract was awarded in March 2017, we asked TfL several times for detailed technical information about the wagons, including drawings or pictures. As delivery of the wagons has not started as scheduled, we asked TfL what the situation was.

The reply in November 2018 (!) was as follows: „We have been working on a design and expect to have this complete in 2018. The prototypes are now scheduled for construction and testing by mid-2019. They will then be sent to London for testing in late 2019, with the complete batch of wagons to be delivered in 2020. No images or drawings of the new wagons are yet available.“ We asked CRRC to express its own opinions on the delay, but as usual received no reply...

In 2019 and 2020, we asked TfL several times about the progress of this contract. But still without an answer. It was not until February 2021 that we received the first (and only) photo of the new wagon from TfL, with only very modest information: „We were doing some prototype testing ahead of moving onto dynamic testing, alongside three other pre-production wagons for testing on our infrastructure. The wagons are with an entity in charge of maintenance to do some testing before they can be used on our network. That a requirement from our regulator. We have to resolve some issues before we can start testing on our network. We’re hoping to be able to do our own dynamic testing later this year at our Ruislip depot subject to the wagons being given the all clear.“

We still have not received an answer to our questions as to where the four prototypes are now, why there was such a significant delay in the project, what is the state of production and how the testing and authorisation evolve.

A four year’s correspondence and nothing... Unfortunately, this result is reminiscent of other orders awarded to CRRC, where it is not possible to obtain any relevant data and an in-depth technical information, neither from the manufacturer nor the operator. That CRRC does not provide answers, this is its long-time „standard“, but for TfL, a publicly owned company (a local government body), it is quite a strange attitude.

In 2017 TfL expected, given the age of London Underground current locomotive fleet, to order new ones to be put into service in the mid-2020s. Regarding this we were told in November 2018 that: „TfL recently overhauled its present wagon fleet and during 2019 will evaluate the feasibility of acquiring new locomotives to haul maintenance trains.“ No more information are available since then.