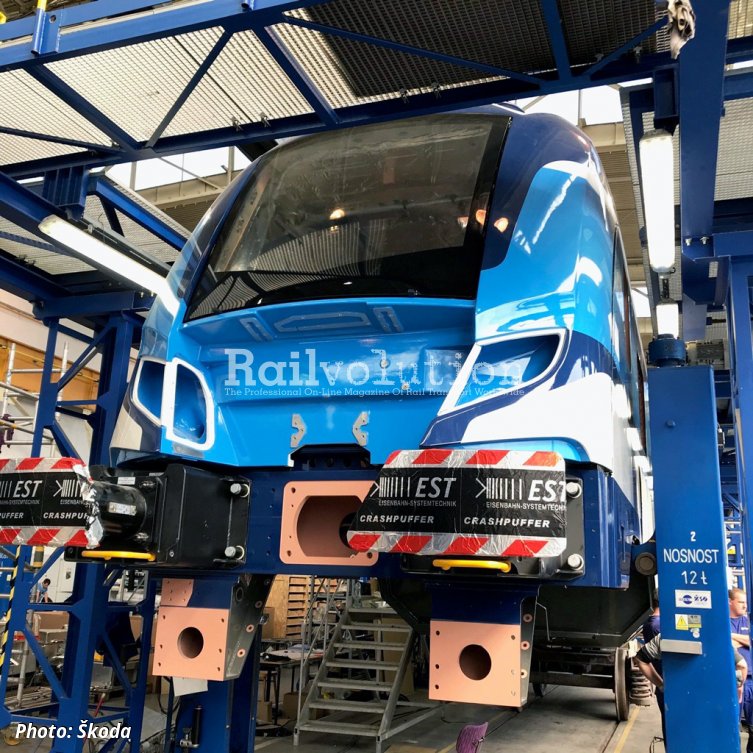 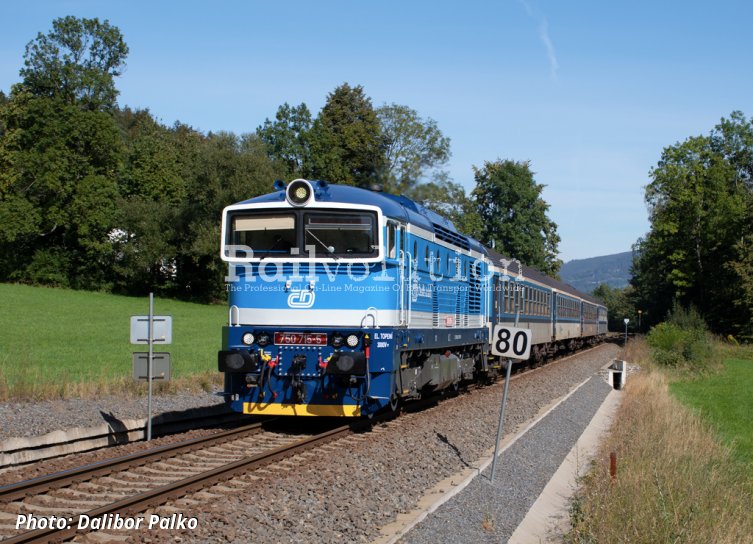 At present the very first driving trailer from the batch of five three-car double-deck push-pull ČD trains for use in the Moravian-Silesian Region (Moravskoslezský kraj, MSK) is nearing completion. The production of all 15 cars takes place completely at the Škoda Vagonka Ostrava works. The first photo shows the first driving trailer in the final assembly there on 15 September 2020.

Moreover, in late 2019 České dráhy announced a tender to modify the WTB protocol on six Class 750.7 diesel locomotives which will haul the new rakes on the Ostrava - Frýdek-Místek - Frenštát pod Radhoštěm město line. The contract for the modification was awarded to CZ LOKO, this being a separate contract, which follows the schedule of repairs of these locomotives, which are gradually being brought to the CZ LOKO works in Česká Třebová.

In September, the modifications were completed and tested on the first two machines, 750.719 and 715, which returned to operation on the aforementioned line. The modified locomotives can be identified at a glance by the passenger information panel located in the upper part of the left-hand front window of the driver's cab. The subject of the works in question is otherwise, in particular, modifications to the WTB protocol and the control system.

All five rakes are scheduled to be put into service with passengers within 25 months of signing the contract, i.e. by April 2021. However it remains to wait whether there will be a delay in deliveries due to coronavirus.