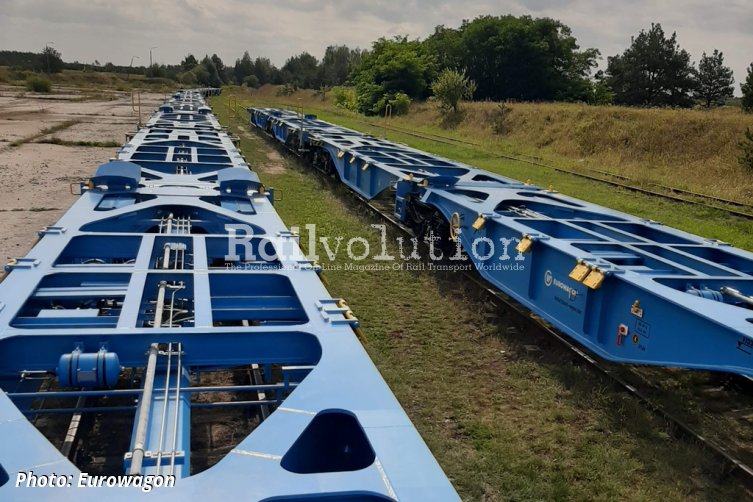 Eurowagon puts in service first of the new-built intermodal wagons, which it has ordered from Tatravagónka. The entire order covers 377 wagons, this including 266 Class Sggrs 80-feet wagons, 60 Class Sgmmrss 90-feet wagons and 51 type T3000e pocket-wagons. In late summer 2020, the first batch of 66 80-feet wagons was delivered and duly hired to their customers. Currently the pocket wagons are already being delivered to Eurowagon. In early 2021, Eurowagon will receive also the 90-feet intermodal platforms.

Eurowagon was established in 2018 and is a portfolio company of CEE Equity Partners Ltd., which in November 2019 announced that China Central and Eastern Europe Investment Cooperation Fund II has acquired majority stake in Eurowagon. The latter’s activities include rental of wagons to freight and industrial clients, wagon management and maintenance. Headquarter of the company is in Poland, but since September Eurowagon has also its representatives in Switzerland and France, which are responsible for Western European countries.

Eurowagon‘s fleet comprises of about 1,000 wagons of older design, this including open wagons intended for the bulk materials like coal, coke and aggregate, and 60-feet container wagons. However Eurowagon is not afraid of investing in more new wagons, despite of the current complicated situation. Not just intermodal wagons are the target, with tank wagons being another one segment, which the company would like to focus.