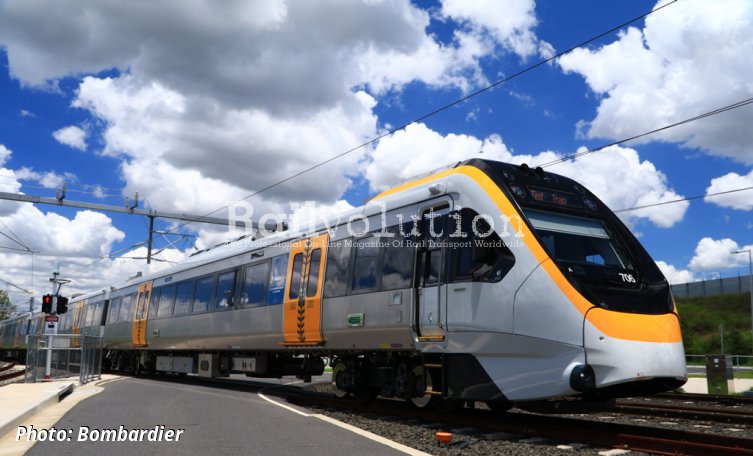 On 20 December 2019 Bombardier Transportation celebrated the introduction into passenger service of the final New Generation Rollingstock (NGR) EMU for the Queensland Government. In addition to delivering the 75 commuter trains, Bombardier will also maintain the entire fleet at its Wulkuraka maintenance centre near Ipswich, Queensland for a period of 32 years.

This significant milestone of the last NGR EMU delivery in Queensland was achieved thanks to close collaboration between Queensland’s Department of Transport and Main Roads (TMR), Queensland Rail, Bombardier and their partners. Bombardier has created more than 2,000 local jobs across the industry and supply chain throughout this project. The trains have been rigorously tested and commissioned to the highest requirements of TMR and Queensland Rail at the Wulkuraka facility. In addition, they have travelled more than eight million in-service kilometres and conducted over 150,000 passenger journeys since the first trains started service in December 2017.

The six-car EMUs are 147 m long, have a maximum speed of 140 km/h, a total power of 4,000 kW (16 traction motors rated at 250 kW each), and a weight of 260 tonnes. They have a capacity of 964 passengers (454 seated, 510 standing). There are 53 internal and external CCTV cameras with movement sensors, 36 LCD infotainment screens (six in each car), on-board toilet with babies nappies' changing table and open inter-car gangways.

Last year, Bombardier Transportation signed a 335.7 million AUD contract with the Queensland Government to deliver modifications to the NGR trains currently being introduced to the South-East Queensland rail network. Bombardier is leading the Qtectic consortium contracted to deliver the NGR project and will undertake the work to upgrade the trains in line with the government’s revised design specifications with an industry partner. The NGR core project team led by TMR, Queensland Rail and Bombardier Transportation worked closely together with the disability sector to ensure the upgraded trains meet the needs of all Queenslanders. Queensland’s train fleet will be one of the most accessible in the country once the upgrades are complete.