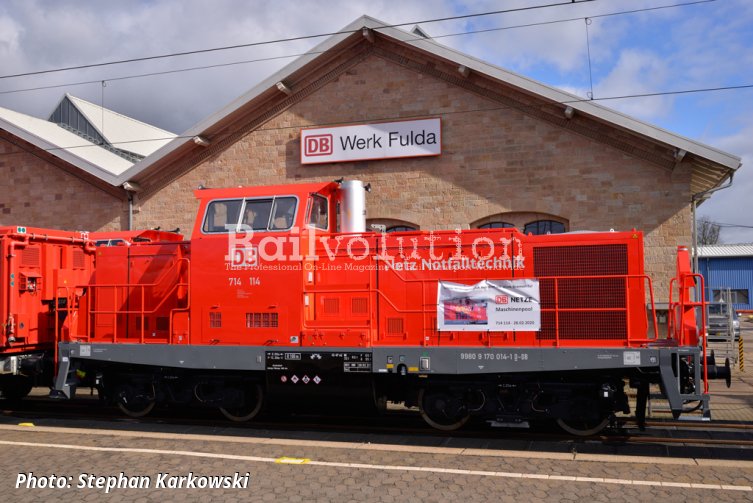 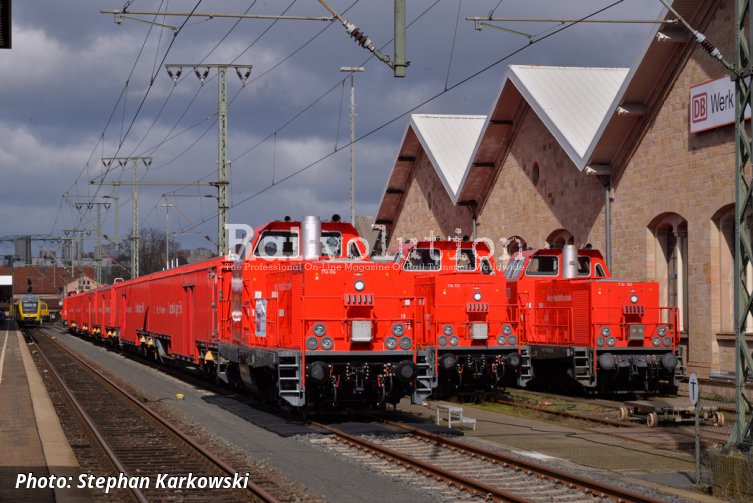 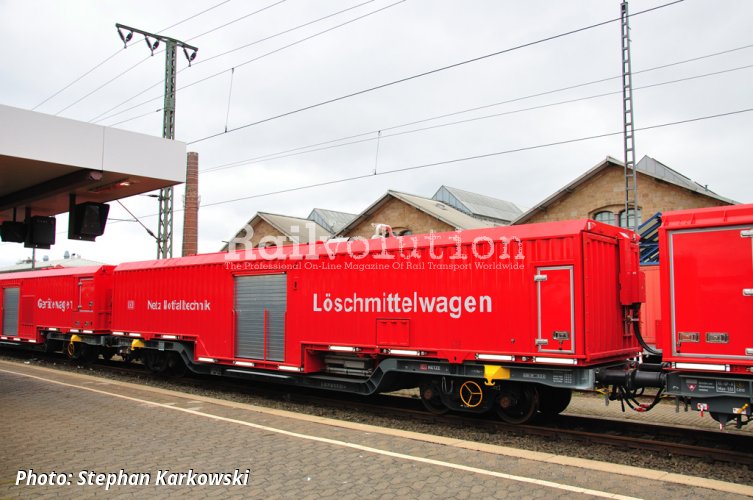 DB Netz prepared its rescue trains for use since 2014. The first wagons, and the structures they carry, were completed in late 2014 and began testing then. In November 2015 a complete rescue train rake was sent to Fulda for staff training purposes. Fulda is one of the six bases for these trains, which are used for rescue work within the long tunnels on the Hannover - Würzburg and Mannheim - Stuttgart high speed lines.

The contract for the new trains (six five-wagon and one six-wagon, in all 36 wagons) was awarded on 20 September 2012, with deliveries initially scheduled to take place until 2017. The Type MTF17 wagons were built by Tatravagónka, and the structures they carry by Dräger. The Class 714.1 diesel locomotives, former Type V100, which top and tail the trains, were rebuilt by DB works in Bremen, with Gmeinder acting as sub-contractor for some modules, such as the bonnets, cabs, and control systems. Two of the structures in each five-wagon rake house staff accommodation, and the others be a first aid centre, an equipment storeroom and a fire-extinguishing appliance. One of the rescue trains is held in reserve.