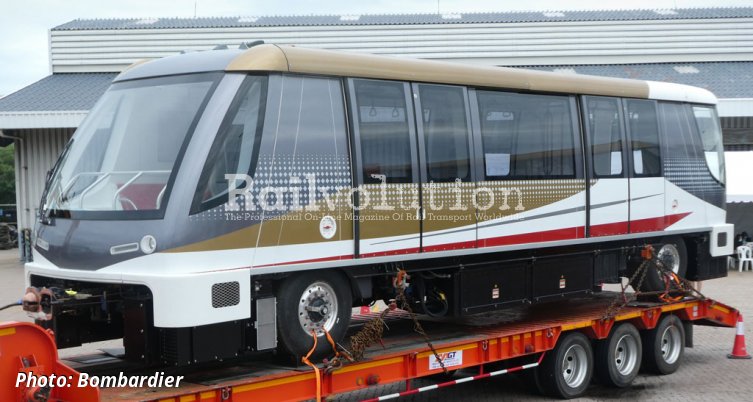 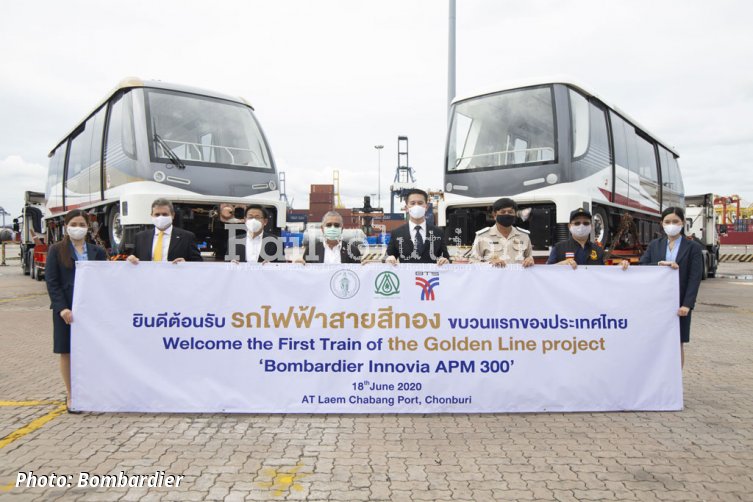 On 18 June 2020 representatives from Bombardier, Krungthep Thanakom and Bangkok Mass Transit System (BTSC) celebrated the arrival of the first INNOVIA automated people mover vehicles in Thailand. The INNOVIA APM 300 vehicles will run on Bangkok’s first driverless mass transit line, the Gold Line, which is planned to open its first two stations in October, followed by the full system in early December 2020. The milestone was delivered on schedule for the planned line operation.

For the 1.7 km Gold Line, Bombardier’s scope comprises three two-car units, a range of wayside systems, the advanced CITYFLO 650 rail control for automated operation and full system integration. The line will connect Krung Thonburi and Prajadhipok Road stations, providing a new rail connection in the Thon Buri district and integration with the city’s existing Skytrain. The INNOVIA APM system is being designed and delivered from Bombardier Transportation’s Engineering Centre in Bangkok, with the vehicles manufactured at the Bombardier Joint-Venture Puzhen Bombardier Transportation Systems in China.

In addition to the APM for the Gold Line, Bombardier is delivering its driverless INNOVIA monorail 300 technology. The first trains for the Pink and Yellow Lines, which are under construction in Bangkok, are due to arrive in October 2020.