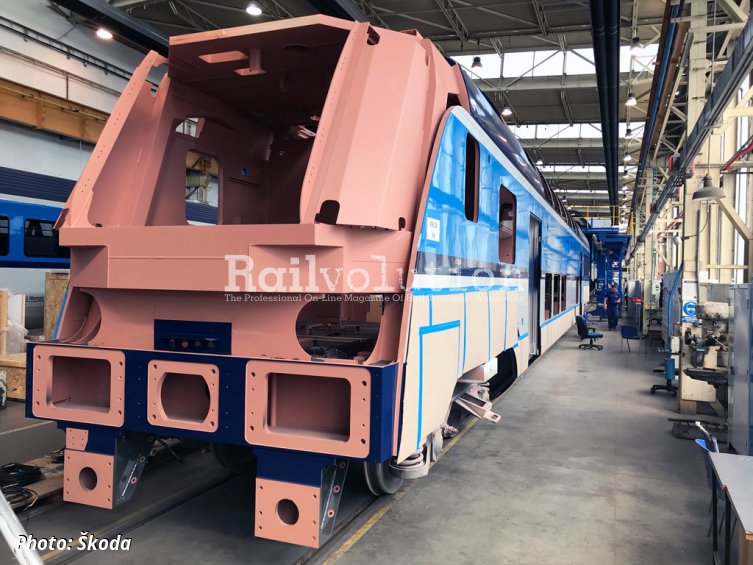 One of the orders now realised at the Škoda Vagonka works in Ostrava is a contract for five three-car double-deck push-pull rakes for ČD, which will be used in the Moravian-Silesian Region (Moravskoslezský kraj, MSK) on the Ostrava - Frenštát pod Radhoštěm line. After the final assembly of the first, end car started in April this year, the first driving trailer has now come to be fitted out. Its current stand is shown in the photo taken on 20 August 2020.