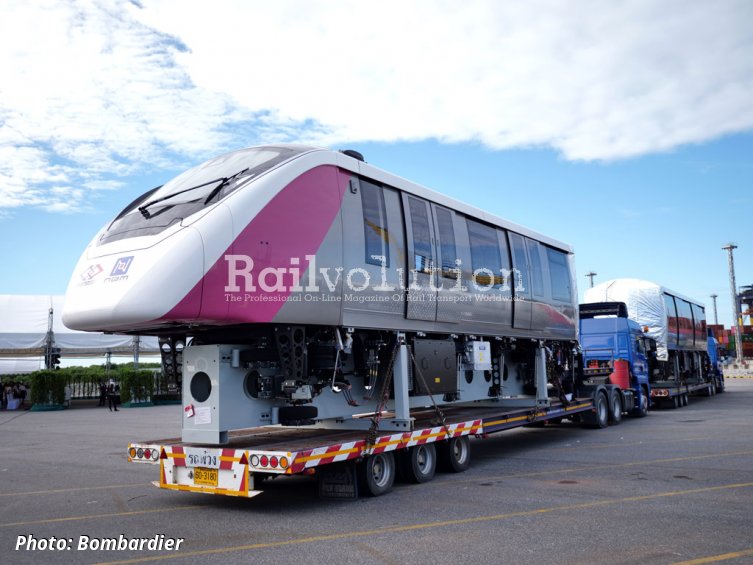 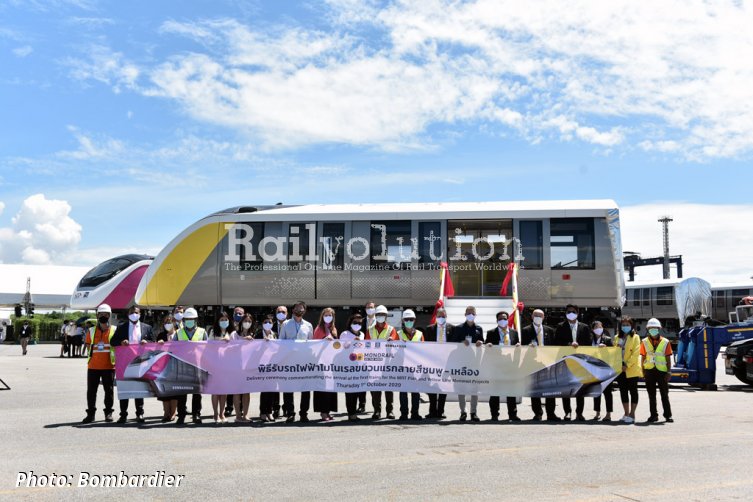 On 1 October 2020 Bombardier Transportation has celebrated the delivery of the first INNOVIA monorail 300 vehicles for Thailand. The monorails will run on Bangkok’s new Metropolitan Rapid Transit (MRT) Pink and Yellow Lines, which will provide 64 km of new rail-based urban transportation links across the city.

Bombardier’s scope on the 34.2 km Khae Rai-MinBuri (Pink) and 30.4 km Lat Phrao-Samrong (Yellow) lines comprises 72 four-car INNOVIA monorail 300 trains, wayside systems and the automated CITYFLO 650 rail control and system integration. The monorails will be able to run at speeds of up to 80 km/h and with a maximum hourly capacity of over 28,000 passengers in one direction. The system is being delivered from Bombardier’s Bangkok Engineering Centre with vehicles manufactured by the CRRC Puzhen Bombardier Transportation Systems Limited (PBTS) joint venture, based on Bombardier’s original design from Canada.