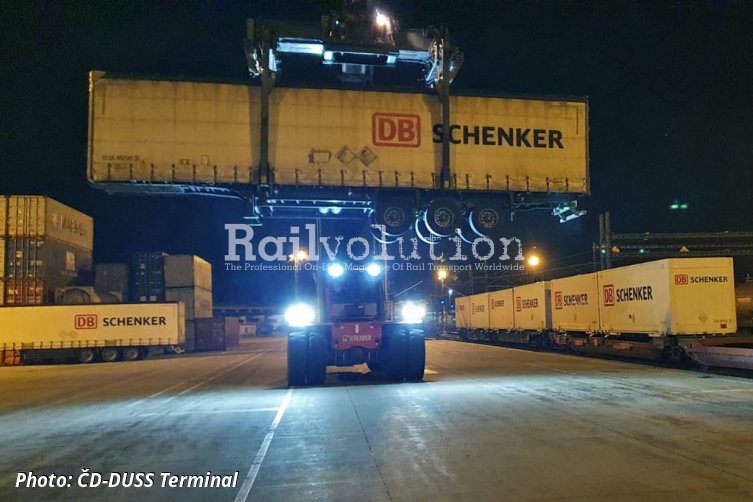 The reason is the loss of a key end customer, the toy producer Lego, as the majority of a train capacity was used by DB Schenker for the latter’s shipments between factories and warehouses in Denmark and the Czech Republic, which participate in production.

Both semi-trailers and swap-bodies were used by DB Schenker for this supply chain transport. When launched in June 2006, the service was operated by Hangartner, a 100 % subsidiary of Railion Deutschland, DB Cargo’s identity at that time. Forwarding companies which have won the tender for providing the Lego transports since April 2021 do not consider, unfortunately, the use of railways. As these are namely Dachser and DFDS/DSV, which otherwise also use rail transport and have large fleets of combined transport means, at least there is still a theoretical hope that the situation could change in the future towards railway use.

In spite of the political proclamations, this case shows the real situation in freight transport, which is not based on pleasing political phrases about shifting goods from road to rail (albeit well thought out) and naive ideas detached from reality, but on real economic market conditions in which the companies and operators can hardly be blamed for acting according to them. Very recently, the busy rail service transporting LKW Walter semi-trailers on the Rostock - Lovosice route was shortened to Dresden only as a result of winning new customer in the Dresden area and rearranging the service.

At least one positive change for the continental intermodal services into the Czech Republic came with the introduction of the Rotterdam - Lovosice line in late autumn 2020. However this is in fact an extension of the long-standing Duisburg - Lovosice line, which also balanced on the brink of existence following one its major customer left it in mid-2019. Again, the decisive factor was another one key customer, thanks to whom the line was launched (or rescued actually).