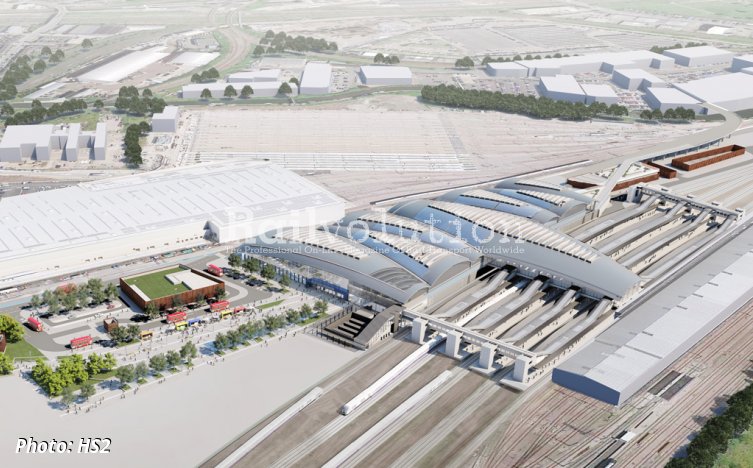 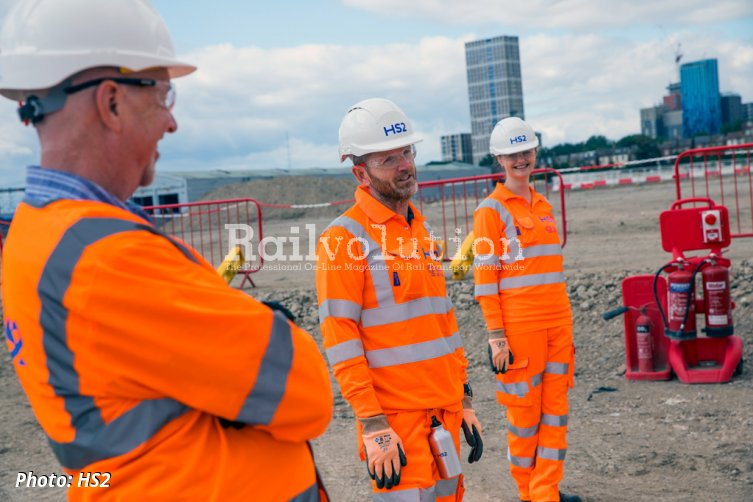 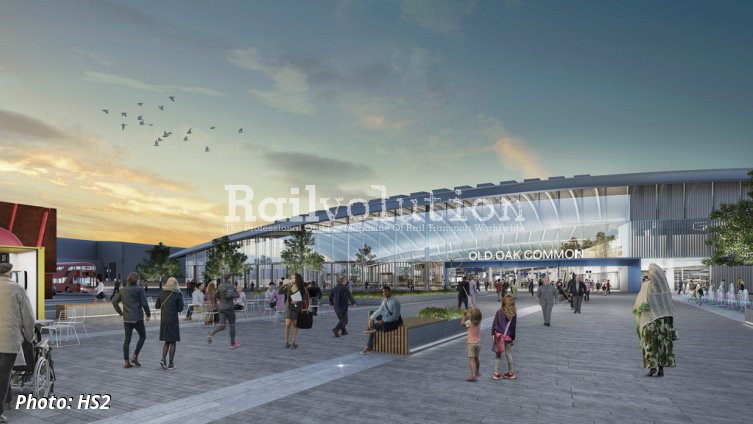 Construction of HS2’s West London interchange station, set to be the UK’s largest newly-built railway station, has reached a new milestone as the Station Construction Partner, Balfour Beatty VINCI SYSTRA joint venture (BBVS), took possession of the whole station site on 27 July 2020. The handover marks the start of the next phase of work at Old Oak Common, where a brand new 14 platform high-speed station will be built.

This follows more than two years of work at the site led by HS2’s Enabling Works Contractor, Costain Skanska JV, who have cleared the site for the new station to be built, including demolishing the Great Western Railway train stabling sheds and the largest rail maintenance facility in Europe. BBVS were appointed as HS2’s construction partner for Old Oak Common in September 2019 and since then have been working closely with HS2 Ltd to design the programme of works to construct the new station.

When operational, the station will be used by up to an estimated 250,000 passengers each day and is set to become one of the busiest in the country. It will provide seamless connectivity with conventional rail services through eight conventional train platforms, to be served by the Elizabeth Line (Crossrail), Heathrow Express and trains to Wales and the West of England. Initial work at the site led by BBVS will include piling works for the foundations of the new station.

The BBVS team will work closely with the team behind the design development of Old Oak Common station, WSP, to bring to life some of the striking features of the station including a sequence of interlocking curved roof forms. These are designed to enhance the open environment of the station and provide natural ventilation, minimising the need for long term energy consumption. In May the station received planning approval based on the designs submitted to the local planning authority, Old Oak and Park Royal Development Corporation (OPDC).

Balfour Beatty VINCI SYSTRA JV Project Director, Nigel Russell, looked ahead to what will be happening on the Old Oak Common site: „Works will now commence in earnest, with extensive preparatory works already underway to allow for our expert team to begin piling activities and the construction of the diaphragm wall, which will form part of the permanent HS2 underground station. Top-down construction of the station will follow, with excavation reaching a depth of approximately 20 m below ground level.”

Work has already begun to appoint subcontractors to help deliver the works, including for piling and diaphragm wall construction. The contract for ground reduction at the site has already been awarded to specialist subcontractor McGee. A total of 350 million GBP of work will be available over the next two years and opportunities will be advertised on the CompeteFor web portal by BBVS and their subcontractors.

BBVS will employ a workforce of approximately 1,400 to support the construction of Old Oak Common Station. As well as providing over 250 apprenticeship positions, the joint venture is committed to attracting local candidates, of all ages and backgrounds.

The HS2 station will be a catalyst and gateway for Old Oak and Park Royal, one of the largest regeneration sites in the UK. Plans to transform area are being led by the OPDC and they project that the area around the new HS2 station will become a neighbourhood with the potential to create tens of thousands of homes and jobs.