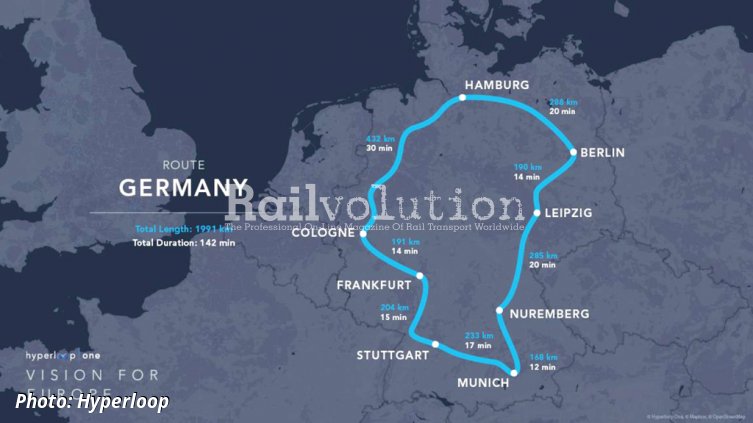 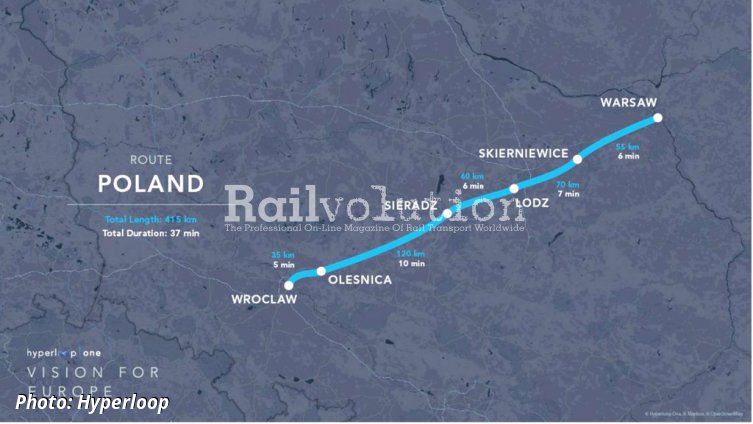 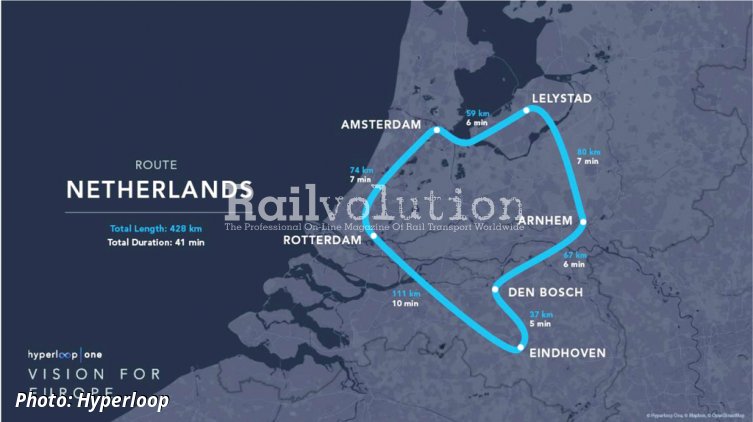 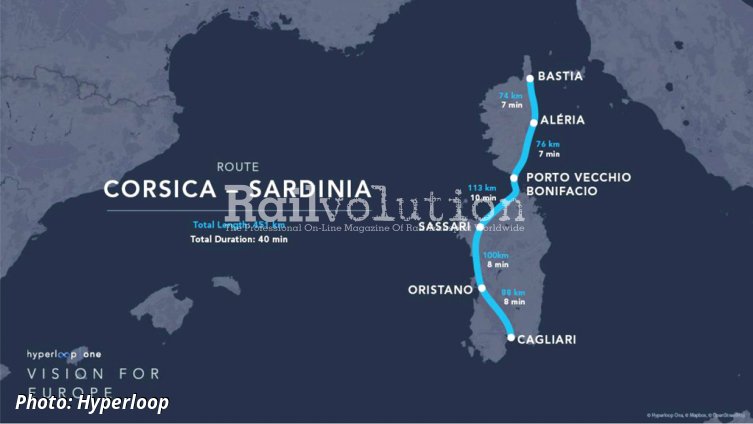 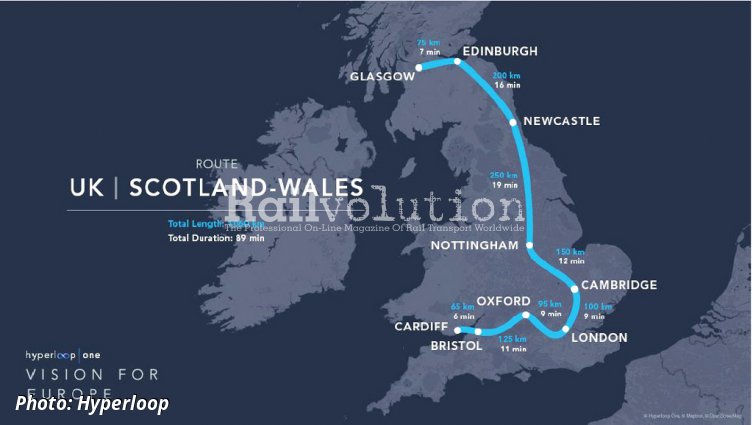 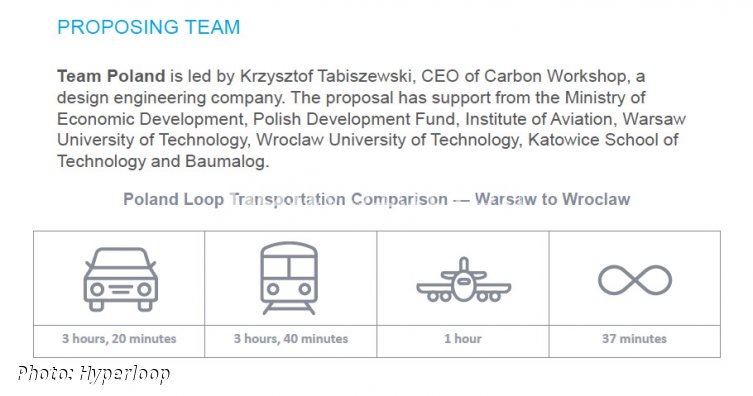 It is very difficult to say what exactly is going on without going behind the scenes to acquire information. Could the creators of Hyperloop and its investors have been deceived into developing it, and are now forced to stay „on the loop“ for as long as possible to minimise the accumulated losses? Is the objective now to encourage as many supporters as possible for the project, because (or in spite) is it already known by some within Hyperloop that the proposed system is technically infeasible? Especially since those in charge enjoy greeting top government officials, preening in the limelight and accepting huge sums of money?

Or is it really all a conspiracy, as outlined at the end of the previous article? Could Hyperloop be the product of worldwide collaboration by certain economic sectors who are aiming to discredit the high speed railway? Forming part of this strategy could be the full-size Quintero test vehicle and the development of test tracks and new ideas for this wildly futuristic type of transport. Are the smiling Hyperloop managers merely the stooges who, with ice-cold calm sign contracts for unrealistic projects, and who succeeds in conning most of the world’s population into believing that the only way is Hyperloop?

But is very probable that over the next few years the cat of truth will be let out of the Hyperloop bag, as suggested by what is happening in Slovakia. Here the project is for a Hyperloop tube linking Bratislava and Wien. In May 2016 it was announced that this would be completed by 2021. HyperloopTT CEO, Dirk Ahlborn, then reckoned that the first stage would be to link up Wien and Bratislava airports, which are about 70 km apart. Such a distance could be covered by a Hyperloop vehicle in just eight minutes.

Three years after the contract was signed, we decided to investigate, to find out what progress had been made. On 16 May 2019 the Deputy Prime Minister’s Office of the Slovak Republic for Investments and Informatisation (Úrad podpredsedu vlády SR pre investície a informatizáciu) replied to us as follows: „According to the original memorandum on co-operation between Hyperloop Transportation Technologies (HTT, subsequently Hyperloop Global), we are committed to identifying suitable terrain and assisting in the construction of the development centre and test track, and are making preparations for the construction of a tubular high speed transport system between Bratislava and Wien.

Despite the intensive co-operation of our office with, for example, ZSSK, the Bratislava autonomous region, the agency SARIO and other involved concerns in 2016 and 2017, we have not not satisfied HTT’s requirements since it was impossible to provide them with all the benefits they had requested, these including free land, building construction, research investment incentives, and suchlike. HTT representatives never simultaneously presented their detailed plans, except for illustrative images. Thus, we do not know their financial estimates, technical solutions, or any other details of the intended system.

The development of new forms of transport in Slovakia is potentially encouraging, but the Hyperloop concept as a whole is apparently not ready for practical realisation at present and requires significantly more intensive, long-term research before the construction commercial sections of route for the transport of people and freight can go ahead. This is evidenced by various contradictory discussions, where fundamental concerns over the efficiency and safety of the system are raised, particularly concerning the need to maintain an almost complete vacuum in the tubes.

A significant fact is that so far, nowhere in the world have any of the partial experiments with scale models on short test sections of tube moved beyond this stage. Later we learned about the existence of a similar agreement reached between the city authorities of Brno and Hyperloop. This evolved along similar lines, and there have been many other such agreements reached with other urban areas and countries throughout the world. Since our current agreement with HTT has expired there will be no further co-operation.“

A complete caption for pictures 1 and 2: At the Vision for Europe conference on 6 June 2017 in Amsterdam proposals were aired for no fewer than nine Hyperloop lines, totalling 5,000 km in length, linking together 44 urban areas and a population of 75 million. During the discussion panel, when the economic benefits of Hyperloop were praised, the Dutch Minister for Infrastructure and Environment made a keynote speech. According to Hyperloop One co-founder and CEO, Shervin Pishevar: „Europe welcomes new ideas for mobility like no other region in the world and is uniquely positioned to make another major jump in transport together with Hyperloop One“.

Presented Hyperloop projects involved Germany, the Netherlands, Poland, Britain, and undersea links, one under the Gulf of Finland between Estonia and Finland, another between Spain and Morocco, and a third between Sardegna and Corsica. The German circuit includes the stretch between Berlin and Hamburg, which was that proposed around 20 years ago for the Transrapid maglev project, where vehicles would have run at speeds of up to 500 km/h. The Polish line, between Warszawa and Wrocław, like the Sardegna/Corsica and British proposals, involves a point-to-point Hyperloop, instead of a circular loop. The proposed journey times make one wonder what sort of headways and service frequencies could be provided by Hyperloop vehicles with a maximum speed of 1,200 km/h, and what sort of capacity would be available at the terminals.

A complete caption for pictures 3 and 4: It all looks so easy when one is planning on a map. One simply links the cities together with a line, without consideration of what obstacles, on or below the ground, exist! The irregular circuit proposed for the densely-populated small Netherlands is rather an ambitious venture given the minimum horizontal curve radius of the Hyperloop track (71 km to maintain the same passenger comfort at a top speed of 1,200 km/h as on a high-speed railway). No less daring is the idea of linking the mountainous islands of Corsica and Sardinia with a tube transport system that needs a vertical curvature with a minimum radius of 118 km to maintain the same comfort as a conventional high-speed rail.

A complete caption for picture 5: In Britain, the original Vision for Europe proposal was for a single line from Glasgow via Edinburgh, Newcastle, Nottingham, Cambridge, London, Oxford and Bristol to Cardiff (1,060 km, end-to-end journey time 89 minutes). By February 2019 this had been transformed into a three-line network. One is to run between Edinburgh and London and the second between Cardiff and Glasgow, with an interchange in Manchester. A third line, described as the „Northern Arc“, would run from Liverpool via Manchester, Leeds and Newcastle to Edinburgh and Glasgow. End-to-end journey time on each of the three lines is indicated as between 47 and 50 minutes, at speeds of up to 670 mph (1,078 km/h). By way of reference a Boeing 737 flies at 485 mph (780 km/h) and Concorde flew at 1,354 mph (2,180 km/h). The latest British proposals, by the University of Edinburgh, were released in late February 2019 by RS Components, an engineering firm which is backing the project. It was stated that the Hyperloop tubes would be laid underground, to ensure direct routes. That means a lot of tunnelling and use of fossil fuels for boring purposes and spoil disposal...

A complete caption for picture 6: It is easy to convince people when one presents simplistic maps like these. Coupled with Hyperloop’s attractive promotional materials, the observer is automatically focused upon one basic factor - the attractively short journey times offered. All other aspects of the system tend to be dismissed. Few people have bothered to consider other realistic factors such as the energy consumption of a Hyperloop transport system, which essentially involves extremely fast vehicles stopping as frequently as local or middle-distance trains, and in consequence offering relatively slow average speeds on an end-to-end journey.