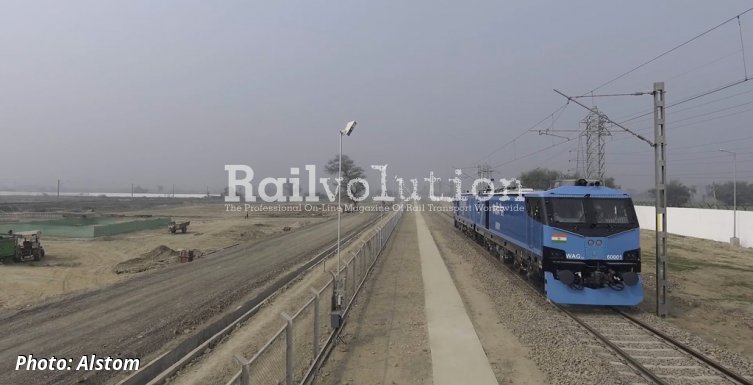 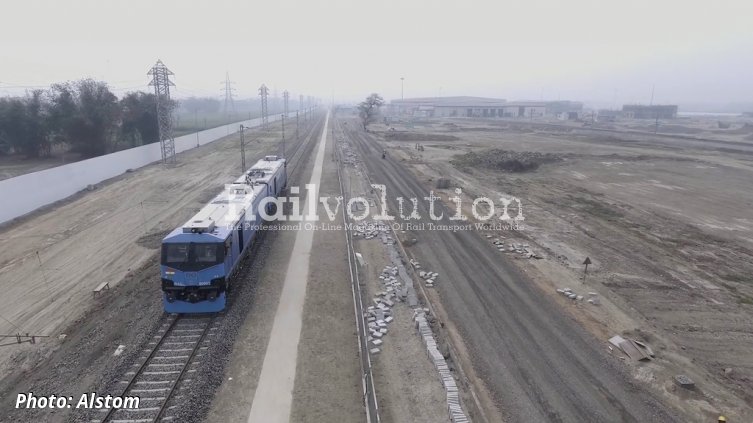 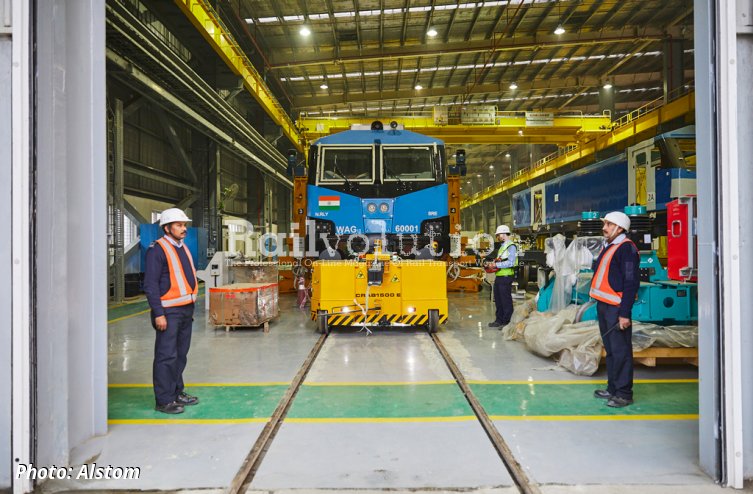 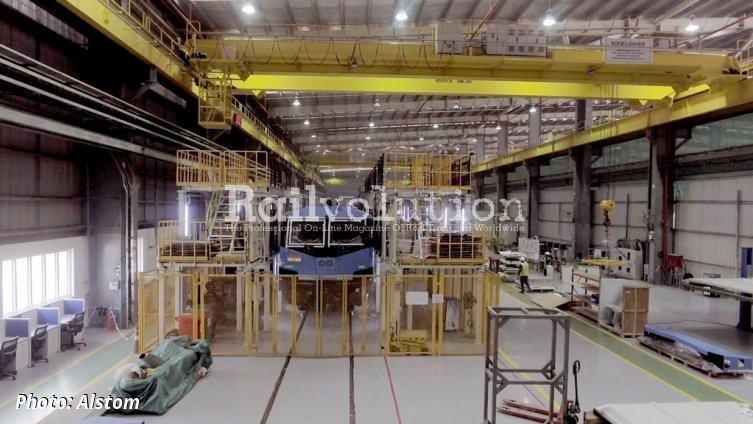 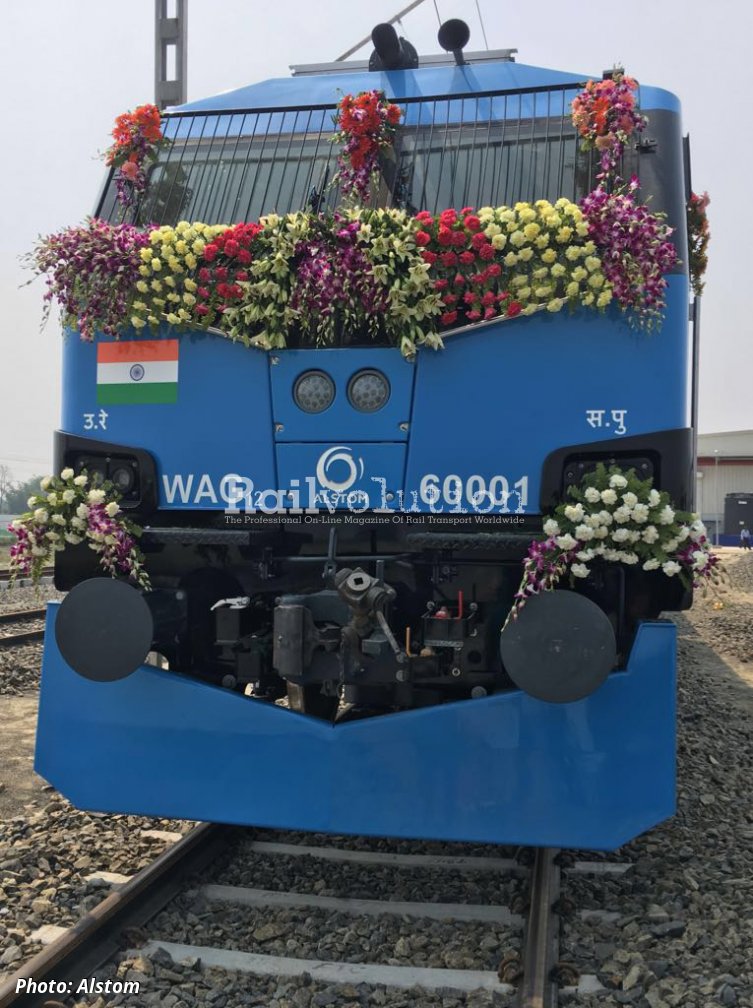 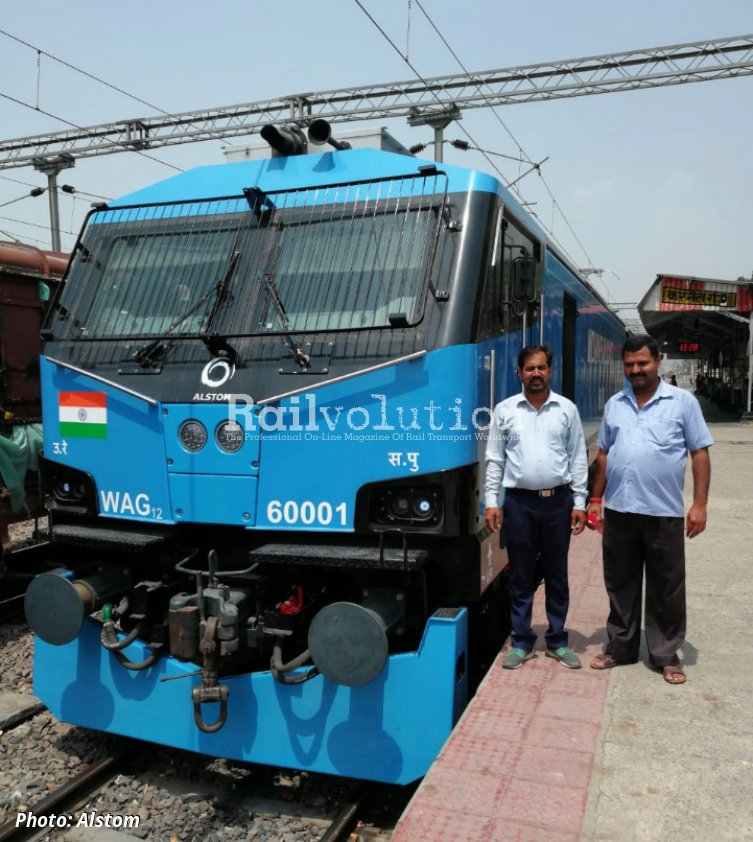 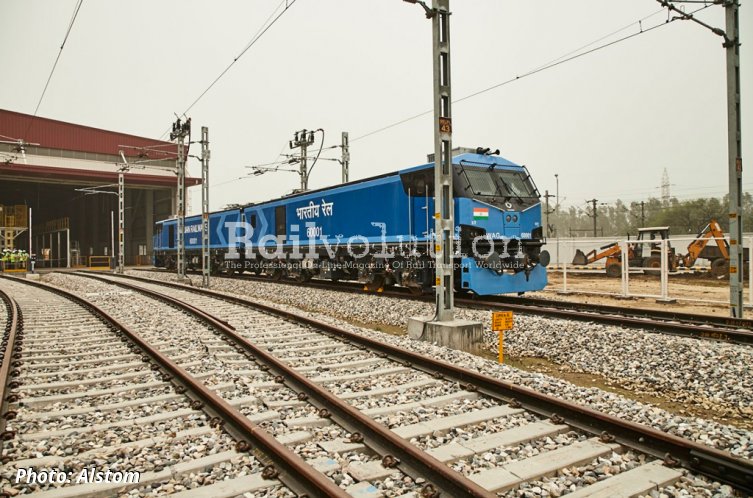 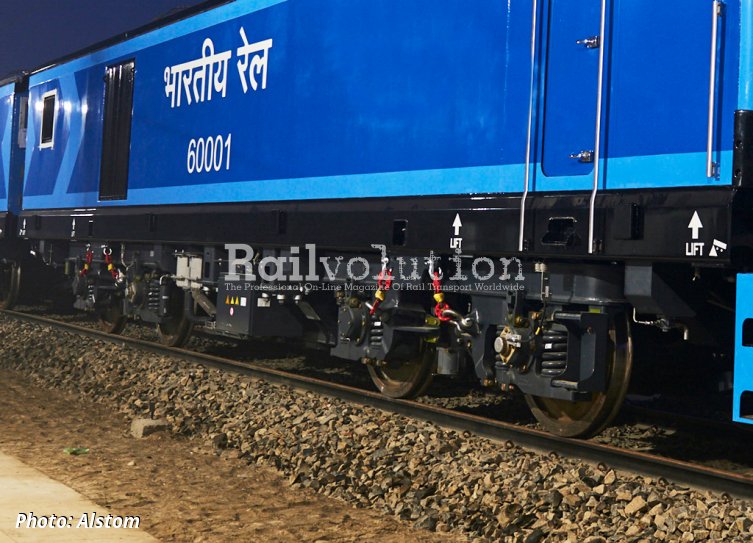 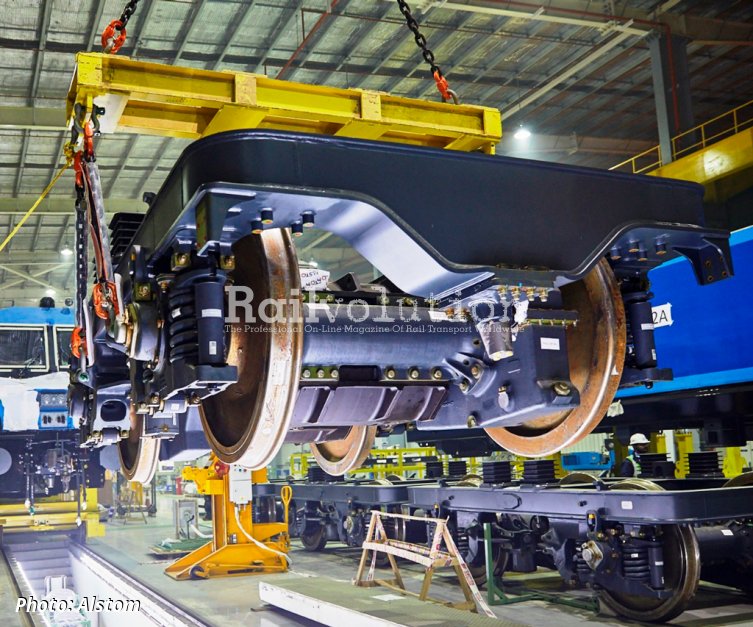 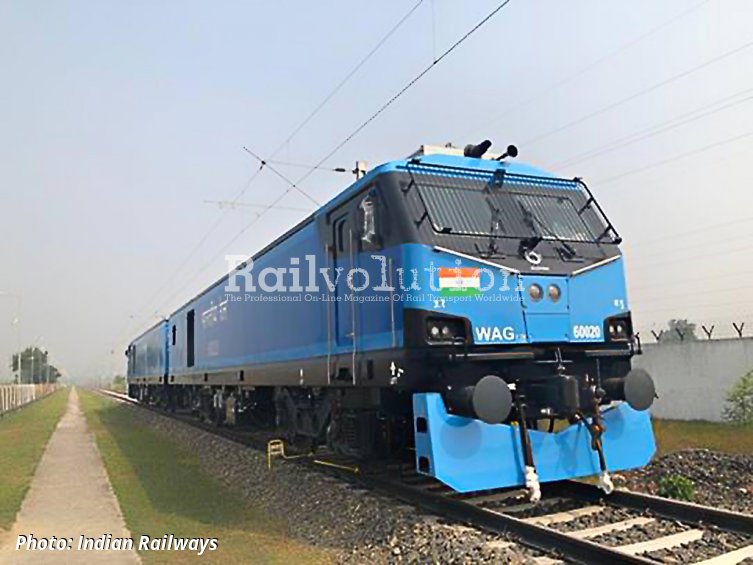 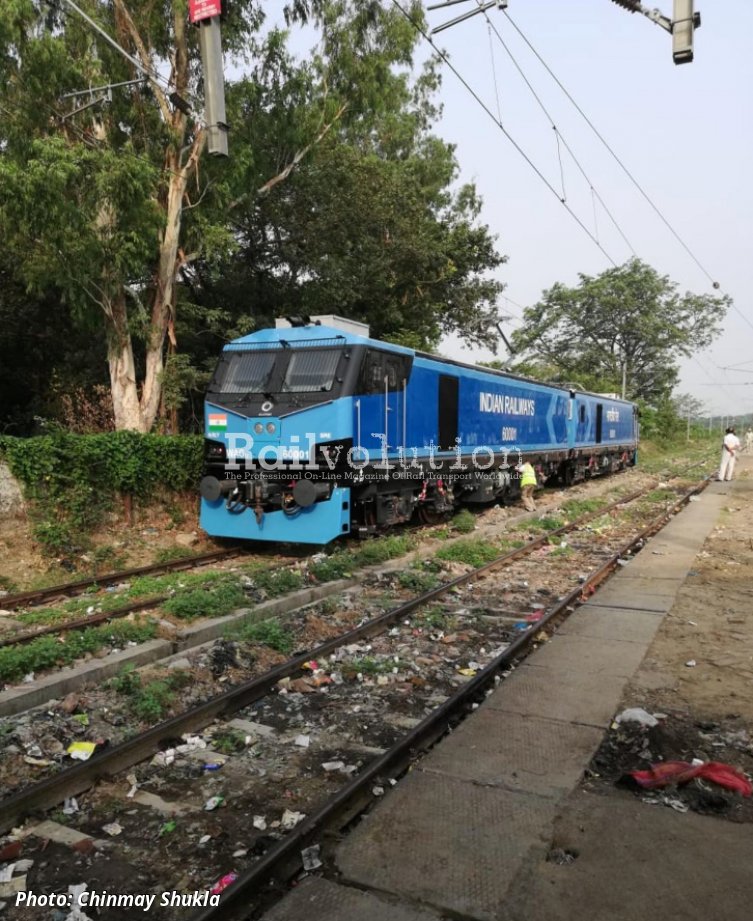 On 10 March 2018 Alstom announced the completion of the first Class WAG12 electric locomotive, 60001, part of the Prima family, at the new factory in Madhepura in Bihar State. The factory named Madhepura Electric Locomotive Pvt. Ltd. (MELPL) is an Alstom (74 %) and Indian Railways (26 %) joint venture, while 60001 is part of a 3.5 billion EUR order dating from 2015 for 800 electric double-section locomotives signed, including their maintenance.

This forms part of the Indian Ministry of Railways’ public-private partnership programme to modernise the country’s rail infrastructure. The contract is historically the largest direct foreign investment in the Indian railway sector, and will result in a direct multiplier effect on economic development in the country. It is also one of the largest contracts in Alstom’s history.

Alstom has finished the prototype 60001 in February 2018 and delivered it in the following month. It was sent for testing to the Saharanpur depot in Uttar Pradesh before being introduced to the main line duty as part of the Indian Railways freight locomotive fleet. On 13 June 2018 the first WAG12 made its first cross-country journey from Madhepura to Saharanpur under the supervision of Alstom engineers. 60002 was built in 2019.

However, based on the test results, it was necessary to modify the design of the locomotive, including that of the bogies. We asked Alstom for more detail about the design changes, but the company did not explain these. In early November 2019 the modified locomotive has been inspected by RDSO (Research Designs and Standards Organisation) employees at Madhepura factory and cleared for leaving the factory. Subsequently, the „new“ locomotive was sent to new tests.

The 1,676 mm gauge 25 kV 50 Hz Class WAG12 is rated at around 9,000 kW, has a Bo’Bo’ + Bo’Bo’ axle arrangement, a top service speed of 120 km/h, is equipped with IGBT based propulsion technology, and can haul a trailing load of 6,000 t. The locomotive with a 785 kN tractive effort has a 22.5 t axle load, upgradable to 25 t. This will enable it to haul heavier and longer freight trains than other, older classes, and will thus reduce traffic congestion on many lines, freeing up capacity for other passenger and freight services. The Indian Government is working together with Indian Railways to eventually achieve 100 % network electrification, the objectives being to reduce operating costs, reduce noxious exhaust emissions, and encourage sustainable mobility.

The WAG 12 is designed to cope with the harsh climatic extremes and operating conditions experienced in India, and meets all Indian standards for heavy freight locomotive design. Its development involved the participation of six Alstom factories in France: Belfort built the first six bodyshells for the first three prototype locomotives, Ornans supplied the traction motors, Tarbes the traction equipment, Le Creusot the bogies, Villeurbanne the train control monitoring systems and Saint-Ouen the design. More than 300 engineers are working in Bangalore, Madhepura and France on the project.

It is estimated that the WAG12 contract has generated 10,000 of new jobs, both directly and indirectly, in India. 90 % of the components for the batch-built locomotives will be manufactured within India. For instance, the traction transformers are produced at the Alstom factory in Vadodara and Knorr-Bremse will supply complete braking systems from the Palwal factory. At Madhepura the first phase of the development of the factory complex is complete, while at Saharanpur the new depot for the WAG12s has also been finished. In late 2019 work started on the second depot at Nagpur. The agreement also includes 13 years of maintenance by Alstom for the first 250 locomotives and four years for the next 25.

However the WAG12 project is not only about building locomotives and factories. There is a strong social aspect to the programme. This is aimed at encouraging young people to consider the locomotive-building industry as a career, with a special focus on the towns and villages surrounding Madhepura. Moreover, working together with local NGOs, the Alstom Foundation is endeavouring to offer local residents improved health care, education, and a higher general standard of living.