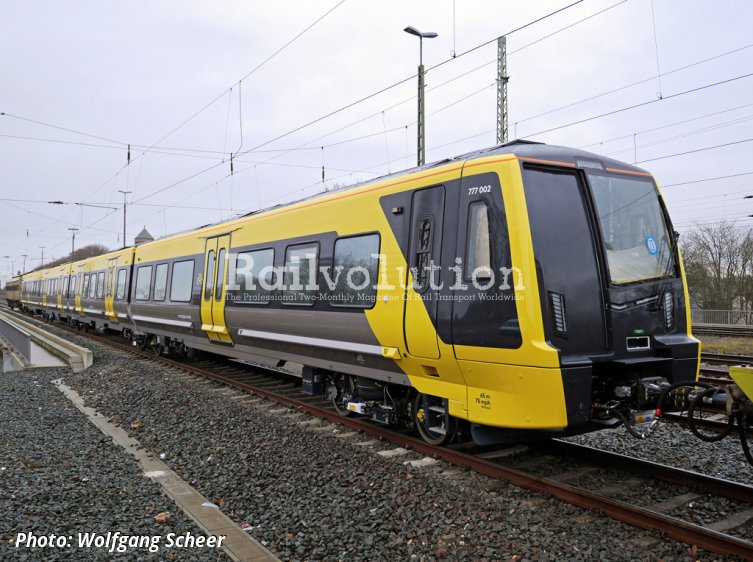 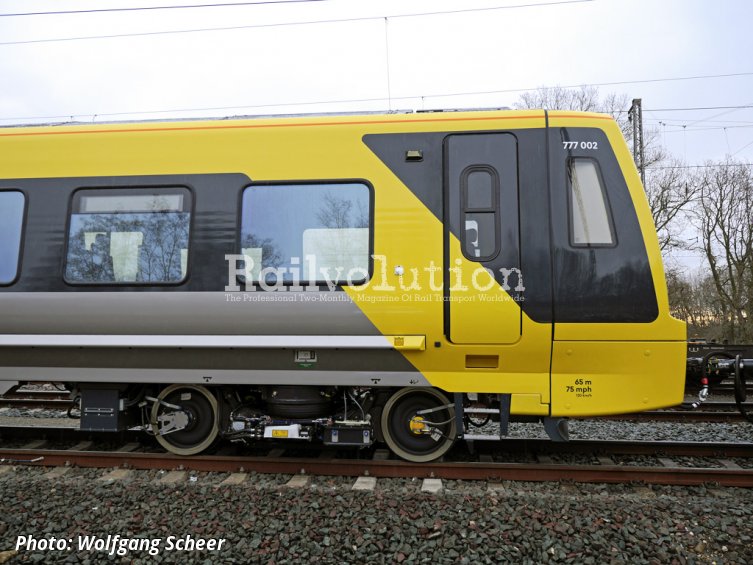 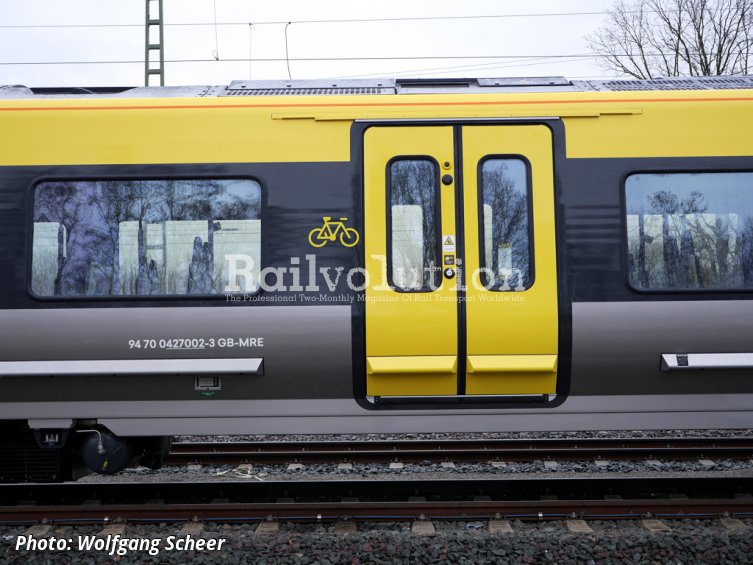 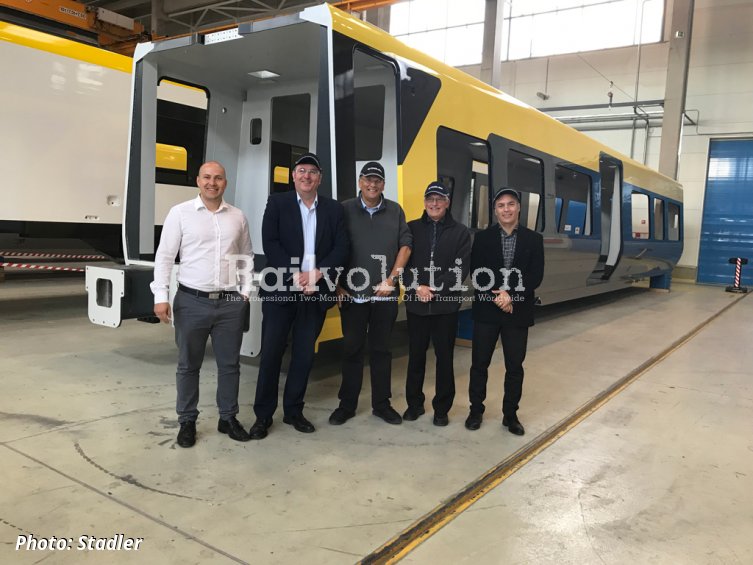 A year after the „First Article Inspection“ at which it was possible to see the first of the Class 777 bodyshells at Stadler's Szolnok factory, the first train, 777 001, was finished at Altenrhein works on 2 October 2019. Two days later the train was moved to the Wegberg-Wildenrath test centre (PCW) by RailAdventure. 777 002 was moved to the PCW in December, arriving at Rheydt Gbf at evening on the 21st of the month, being hauled by RailAdventure’s electric locomotive 111 222. Subsequently on 23 December 777 002 was moved to the PCW.

Use the PCW will help to minimise the amount of testing required on the busy Merseyrail network, and minimise disruption to regular passenger services, and will also enable the train to run at its top service speed of 120 km/h, with all dynamic aspects such as braking performance thoroughly tested and EMC levels measured. The first Class 777 to be sent to England is expected to be 777 003, which is scheduled to arrive at Kirkdale depot in coming weeks.

Kirkdale depot is to be used as a base for testing and driver training, with the first Class 777s now expected to be put in service during 2020. Meanwhile, construction of Class 777 bodyshells continues at Szolnok, with final assembly being transferred from Altenrhein to the new factory at St. Margrethen. During October 2019 ten trains were at various stages of construction. Deliveries of all 52 four-car trains are scheduled for completion by 2021.

At Kirkdale depot the 21 million GBP rebuild of the facilities began in 2018 and forms part of the 460 million GBP being invested in the new trains and related infrastructure. The upgraded depot includes washing and heavy maintenance facilities together with stabling room for 30 of the new 777s. The premises are protected by 24-hour CCTV and secure access controls.

The modernised depot will create high-quality local jobs for years to come as part of a 35-year contract to maintain and upgrade the new trains, and is now also Stadler’s British headquarters. Once the new trains are put in service most of Stadler's British workforce will be based there. Stadler also has a second depot at Birkenhead North, where the existing EMU fleet is maintained.