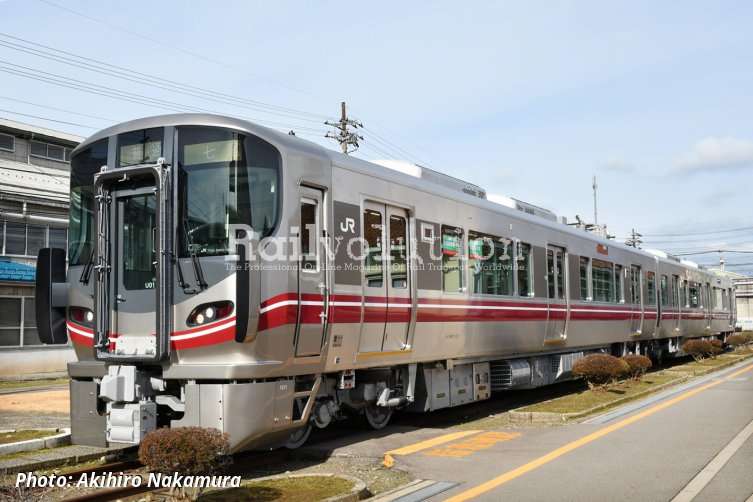 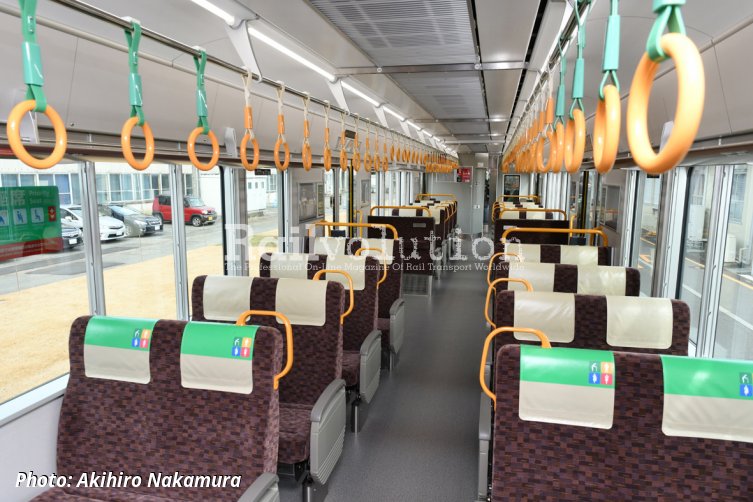 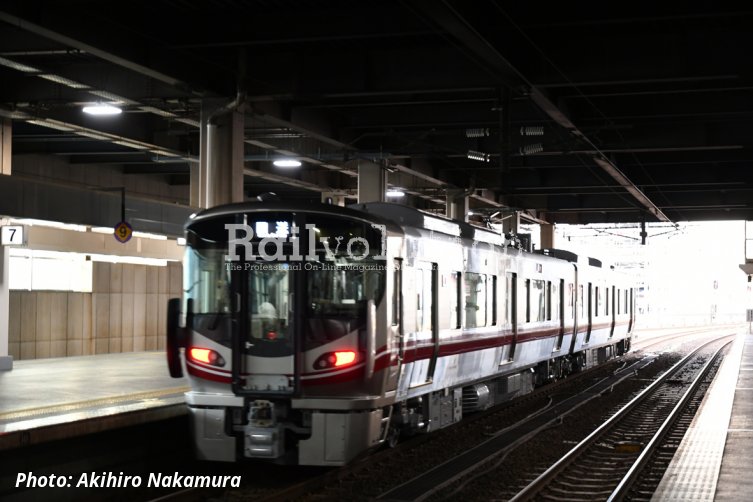 JR West presented a new two-car 521 Series EMU destined for services on Nanao line. These 1,067 mm gauge trains with 20,000 mm in length have 2,900 mm wide bodyshells and are 3,490 mm high above rail top. Bodyshells are made of stainless steel and have impact absorbing elements in the front ends. The train is able to operate on 1,500 V DC and 20 kV 60 Hz powered lines. One of the cars is powered, being equipped with four 230 kW traction motors, giving a total power of 920 kW, the second car is trailer. The new EMU has an acceleration of 2.5 m/s2, a deceleration of 3.5 m/s2, and an emergency braking deceleration of 4.2 m/s2. The maximum speed is 120 km/h, the capacity is 249 passengers. In total 15 EMUs are planned to be delivered from autumn 2020 onwards.

The EMUs produced by Kinki Sharyo are to be used on trains from Kanazawa to Wakura-Onsen (onsen means "hot springs") on Noto Peninsula which forms Toyama Bay on Honshu’s west coast. The trains need to use two railways for this route, from Kanazawa to Tsubata it runs on part of 11.5 km long section IR Ishikawa Railway, which is electrified by 20 kV 60 Hz and is former JR-West’s Hokuriku Line transferred to IR Ishikawa Railway after Hokuriku Shinkansen inauguration. Its length is 17.8 km. From Tsubata it runs on 59.5 km long JR West’s 1,500 V DC electrified Nanao line, effectively separated from the remaining JR West network.