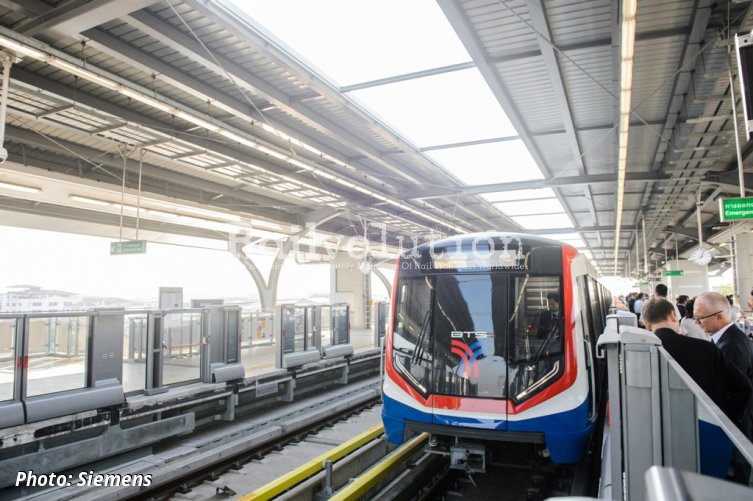 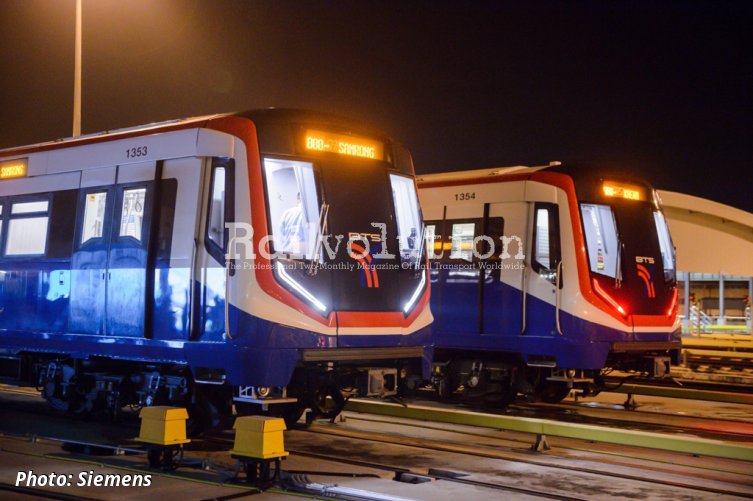 All in all, 22 four-car trains will be delivered. The scope of Siemens Mobility’s delivery includes bogies, drive and brake systems, auxiliary services as well as the project management, engineering, design and commissioning of the trains. The trains are being built at the Bozankaya plant in Ankara, Turkey. Siemens Mobility will service and maintain the trains over a period of 16 years.

Green Line operator BTSC commissioned the consortium in May 2016 to deliver the 22 trains. In addition to the trains, Siemens Mobility is supplying the traction power supply for the line’s extension. The order was placed as part of BTSC’s expansion plans to provide more trains on both the existing route and its extensions.

The first extension inaugurated in December 2018 connects the provincial capital Samut Prakan, which lies around 25 kilometers south of Bangkok, with the city. The elevated extension begins at the current Skytrain terminus Bearing, is around 13 kilometers long, and has nine stations. The line runs along Sukhumvit Road, Bangkok’s longest street, crosses the Samrong Canal and ends at the Soi Thesaban Bang Pu station.