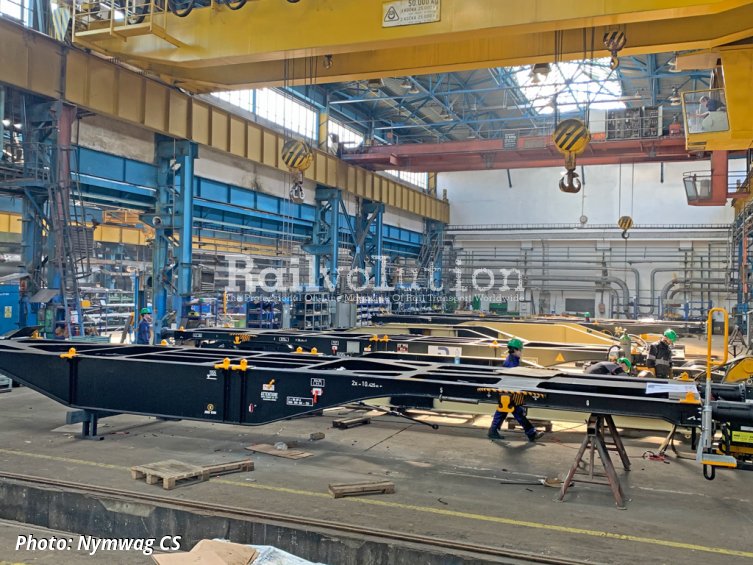 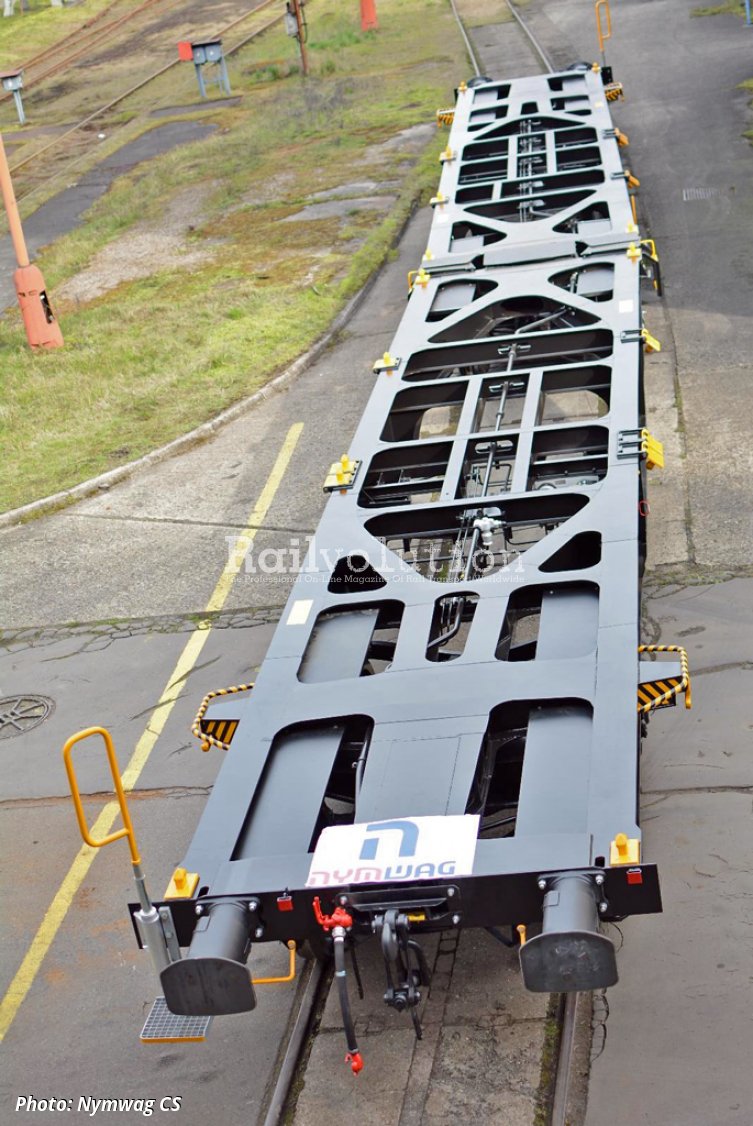 In 2019 the Czech freight wagon manufacturer Legios Loco ended up in bankruptcy, following the quite dramatic and not very transparent circumstances. One of the consequences is that the branch Nymburk workshop is resuming its activity independently, under the new identity Nymwag CS, managed by Petr Vlček, Legios Loco's former general director. Legios Loco purchased the Nymburk works in 2011 and launched the wagon manufacturing there in 2018. Nymburk is located 50 km east of the Czech capital of Praha.

Now Nymwag CS runs the facility, employing a workforce of around 380. Assembly of wagons was launched in mid-January 2020, with the very first one being completed on 26 March. This was the 80-foot container car, one of a batch of 40 ordered by the Czech-based wagon lessor Tenutado. Another orders were placed by the French wagon lessor ATIR RAIL, for 130 tank cars, and by GTS Rail, an Italian intermodal operator, which ordered 40 container wagons.

The Nymwag CS’s portfolio includes now the 80-foot and 90-foot container flat cars and 78, 88 a 98 m3 tank cars. Following the assembly line for flat cars, the second one for tank cars is at present being launched, while another one for tank cars is to be commissioned by early summer. The workshop is fitted for assembly of tanks and bogies by its own capacities. Purely a construction of new wagons is envisaged, excluding rebuilds or maintenance of older cars.

Nymwag CS plans to build about 400 wagons during 2020, with the output to be increased in the years to come and also more assembly lines to be established.