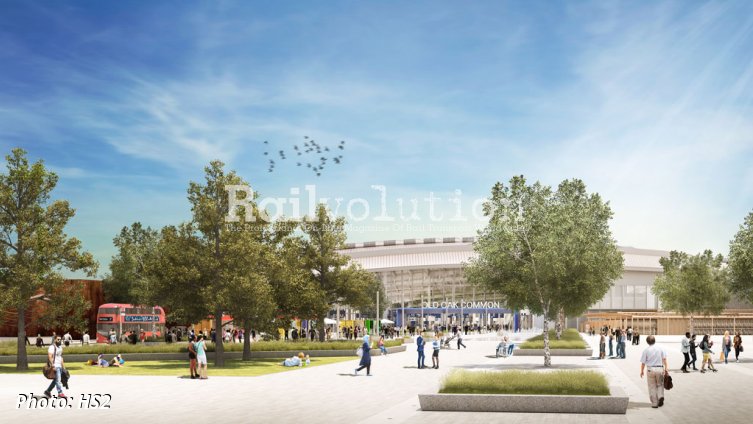 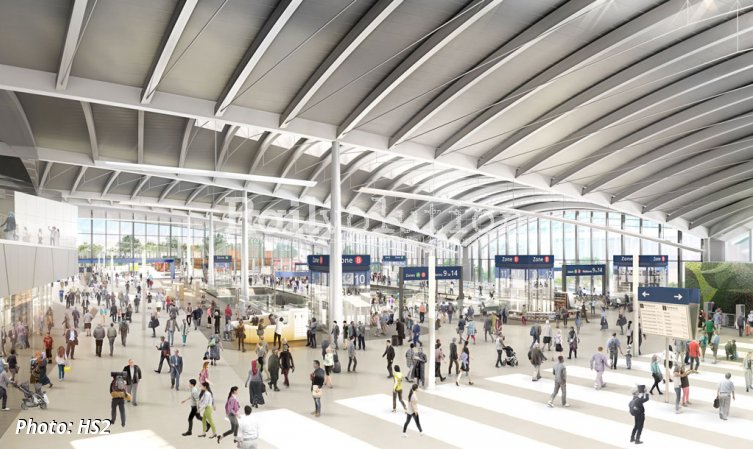 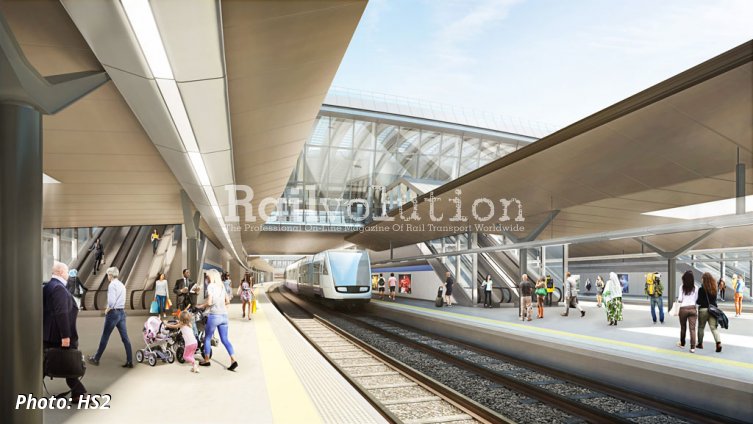 The planning application for HS2’s west-London super hub, Old Oak Common, was approved by the Old Oak and Park Royal Development Corporation (OPDC) on 19 May. The green light means that work can progress on building what will be the largest new railway station ever built in the UK. The station will have 14 platforms, a mix of six high speed and eight conventional service platforms, with a 850 m long station box, with a volume to fit 6,300 Routemaster buses.

The HS2 Old Oak Common station will incorporate some striking design features, such as an impressive sequence of interlocking curved roof forms which has been designed to enhance the open environment of the station and provide natural ventilation minimising the need for long term energy consumption. The arch forms also reduce the need for columns to support the roof and provide clear sight lines, allowing views across the station to help visitors orientate themselves. The station design development has been led by engineering professional services consultancy WSP with architectural support from WilkinsonEyre.

When operational, the station will be used by up to an estimated 250,000 passengers each day and is set to become one of the busiest railway stations in the country. It will provide seamless connectivity with conventional rail services through eight conventional train platforms, to be served by the Elizabeth Line (Crossrail), Heathrow Express and trains to Wales and the West of England.

The station design has a sufficiently sized concourse and platform space to accommodate passenger growth to 2041 and beyond, provision of a dedicated bus and taxi facility, dedicated drop-off and pickup areas, pedestrian and cycle links, and upgraded highway infrastructure comprising a new traffic signalised junction. New public spaces are also being created as part of the design including a new public square directly outside the station. It will include seating and cycle parking and could also be used as a setting for public artwork.

The HS2 station will be a catalyst and gateway for Old Oak and Park Royal, one of the largest regeneration sites in the UK. Plans to transform the wider area around the station, a former railway and industrial site, are being led by the OPDC and they project that the area around the new HS2 station will become a neighbourhood with the potential to create tens of thousands of homes and jobs.

OPDC also approved two further planning applications, for lorry movements and for onsite road layouts which will be necessary for the operation and the flow of traffic on the station site. The plans also include two-way cycle routes with high quality surface finishing and signage to ensure cyclist safety. The station is designed to meet a ‘BREEAM excellent’ standard which is an industry recognised standard for buildings that reduce energy usage and materials waste, and minimise impact on the natural environment.

A joint venture of Balfour Beatty, Vinci and Systra (BBVS) were awarded the contract to build the new HS2 station in September 2019 and are set to begin work on site next month.