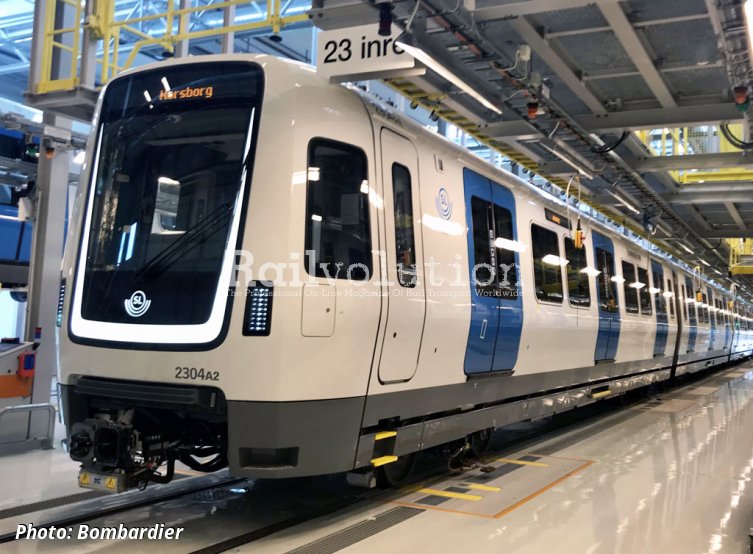 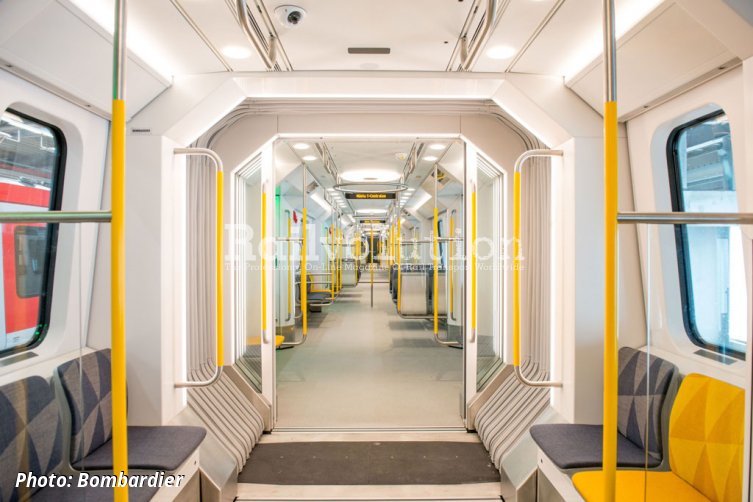 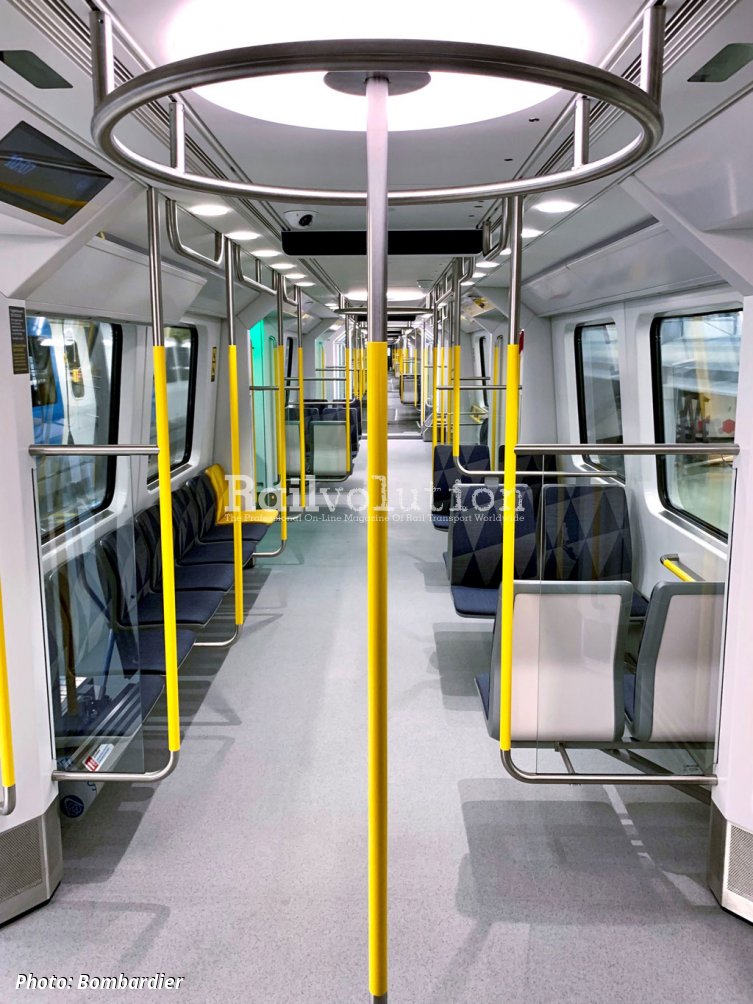 Bombardier Transportation today announced that it continues with deliveries of its MOVIA C30 metro trains to Storstockholms Lokaltrafik (SL). They are destined for the Red line on the Stockholm metro system.

SL awarded Bombardier a contract in June 2013 to build 96 four-car MOVIA metro trains (in total 384 cars), with an option for 80 more. The project is coordinated from Sweden, with main assembly and production taking place in Germany and with component supplies from Bombardier factories in China and Great Britain. Deliveries were initially to start in 2017. In the summer of 2018, the first unit arrived to Stockholm for testing.

The trains were authorised for passenger service in June 2019, followed by further testing to ensure their readiness to operate on SL’s network. On delivery to SL, there is a period of trial running on the network before the trains begin passenger service. In 2019, the C30s began to appear on the metro network, now it is expected that by 2022 all 96 trains will be delivered. „Six trainsets have been handed over to SL since April 2020. We welcome the strong partnership we have with SL, and together we are delivering this fleet of new MOVIA C30 trains which will bring attractive, sustainable and reliable public transportation to Stockholm’s citizens,” said Henrik Junkrans, Project Director at Bombardier Transportation.

The 90 km/h 750 V DC third rail trains are being assembled at Hennigsdorf works and delivered to Sweden by rail to SL’s new maintenance depot in Norsborg. The bodyshells are manufactured by BST, a Bombardier joint venture company in China, and the trains are equipped with the ORBIFLO remote condition monitoring technology, developed in Sweden. The trains with a 2’Bo’ + Bo’Bo’ + Bo’Bo’ + Bo’2’ axle arrangement are mounted on the FLEXX Eco bogies with internal axle-bearings and are equipped with MITRAC propulsion system from Västerås, using IGBT converters.

Each four-car 70 m long unit has seating for 140 passengers and a space for 490 standees at 5 pers./m2. Compared with the previous generation of Red Line trains, also designed by Bombardier, the new ones have more double-leaf doors, enabling faster boarding and alighting. Seats are arranged in a mix of four-seat bays and longitudinal inwards-facing rows, the design objective being to optimise travel comfort and to facilitate passenger movement within the trains. There are more seats designated for handicapped or infirm passengers, and there is more space for wheelchair-bound passengers and for passengers with bulky luggage.

The exterior and interior design of the train is based on „Open City“ and „New Minimalism“ concepts. The MOVIA C30 metro for Stockholm won the GOOD DESIGN award in January 2017, recognising the vehicle’s striking exterior design which is a clear expression of Scandinavian style that will become an unmistakable city icon.

Sweden is investing heavily in sustainable mobility solutions and its capital is one of Europe’s most rapidly growing cities, and is investing heavily in sustainable public transport, the Red Line upgrade being a key project. The metro system is the backbone of the capital’s transport network carrying more than one million passengers per day in normal operations (before COVID-19).

Investment in the metro network is focused on increasing capacity, and includes line extensions, new stations and the addition of new modern comfortable trains. The MOVIA C30 trainsets will progressively replace existing older trains on the Red line, which connects the north-eastern and south-western suburbs (Norsborg to Ropsten and Fruängen to Mörby Centrum) directly with the city centre.