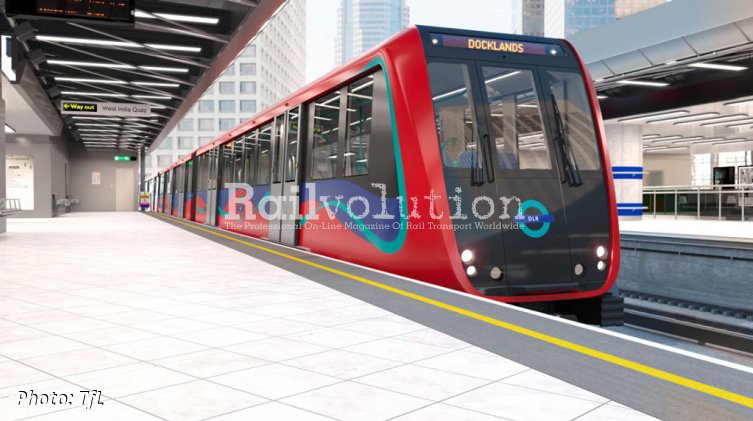 On 12 June 2019 Docklands Light Railway announced that Transport for London (TfL) had awarded CAF a contract (value not specified) to design, build and deliver a batch of 43 five-car driverless trains for the 1,435 mm gauge, third rail 750 DC mostly surface and elevated light rail network in the eastern suburbs of London. The agreement includes technical support services and spare parts supply. The TSA-built Type TME 42-18-4 asynchronous traction motors will have a rated power of 170 kW. The first train is to be ready for putting in service during 2023.

The design of the trains will be based on CAF’s Metro type, though they will be similar in appearance to the three-car trains currently in use on the DLR and will be fully gangwayed, fitted with audio and visual real-time information, air-conditioning, mobile device charging points and multi-use areas that can accommodate prams, bikes, luggage, and wheelchairs. 33 of the trains are to serve as replacements for DLR’s oldest stock currently in service, and the other ten will be used to expand capacity and services.

The modernisation of the DLR is a key part of London Mayor Sadiq Kahn’s transport strategy to aim for 80 % of journeys within the capital being made by public transport, cycling or walking by 2041.