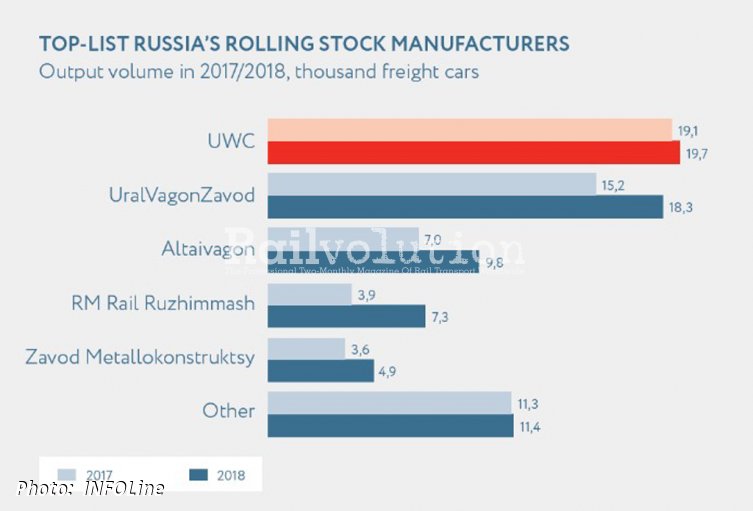 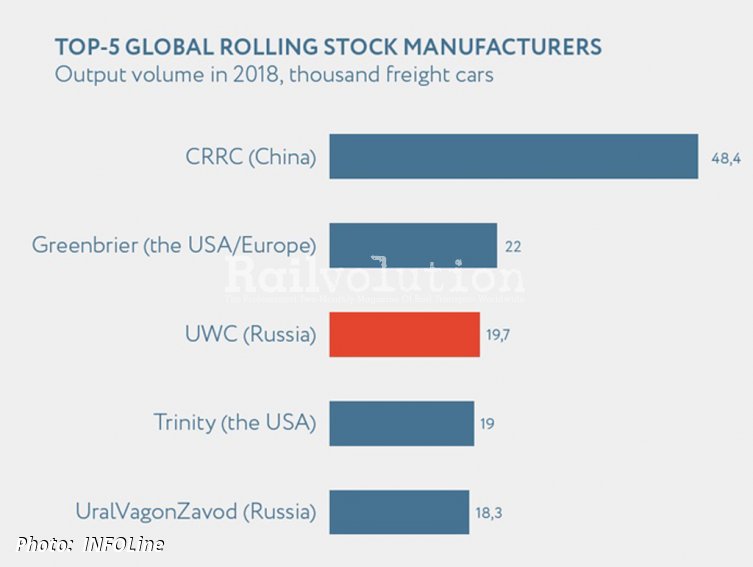 According to a Ranking of the TOP Rolling Stock Manufacturers in Russia in 2018 compiled by INFOLine-Analytics, UWC (OVK) took first place by number of wagons produced in Russia (19,700) and third place among the leading global manufacturers (after the Chinese CRRC Corporation and the American-European Greenbrier Companies). UWC intends to continue expanding its production of specialised wagons in 2019 and maintain its production volumes at a level of between 19,000 and 20,000 wagons.