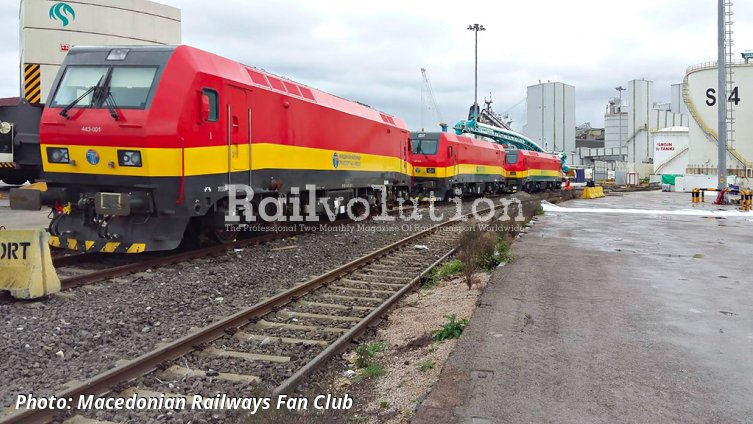 On 10 January 2017 Macedonian state operator Makedonski Železnici Transport, since February 2019 ŽRSM Transport (Železnici na Republika Severna Makedonija Transport), ordered four 25 kV 50 Hz Bo’Bo’ locomotives from CRRC Zhuzhou, the contract being worth around 8 million EUR. The second of the batch, 443-002 (full EVN 91 65 1443 002-1), was destined for testing on the Macedonian network and arrived there, as a first one, in April 2019.

In late 2019 the remaining three 443s, whose delivery is delayed by around two years, were moved by sea from China to Derince port in Turkey, and then by rail to Macedonia. This photo shows them en route, on 25 December 2019. For the journey it was necessary to remove the locomotive’s roof-mounted equipment.

We asked both ŽRSM Transport and CRRC why are the deliveries of Class 443 locomotives delayed by two years, and now we are waiting for an answer.