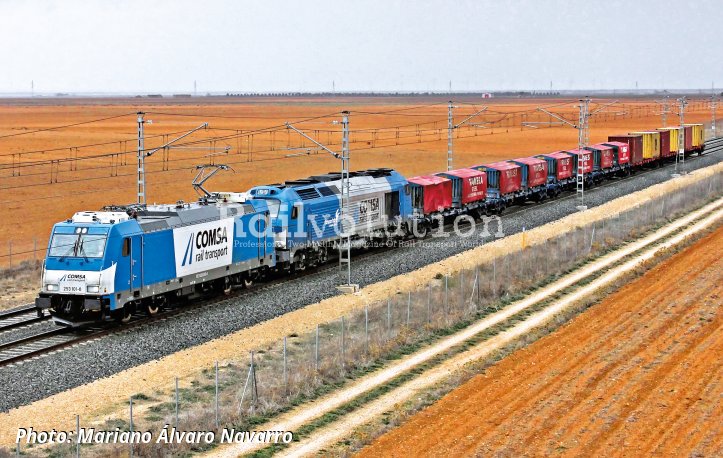 Ten Years Of The TRAXX-ES

January 2019 was the tenth anniversary of the putting in service of Renfe Mercancías’ TRAXX 253.001. This machine, a TRAXX F140 DC, was built at Bombardier’s Vado Ligure works in Italy, then sent to Germany for testing. The first eight years of its life were with Renfe, but in April 2017 it was hired by Renfe Alquiler to Comsa Rail Transport, and in April 2018 to LC Rail. It is currently based at Can Tunis depot in Barcelona. 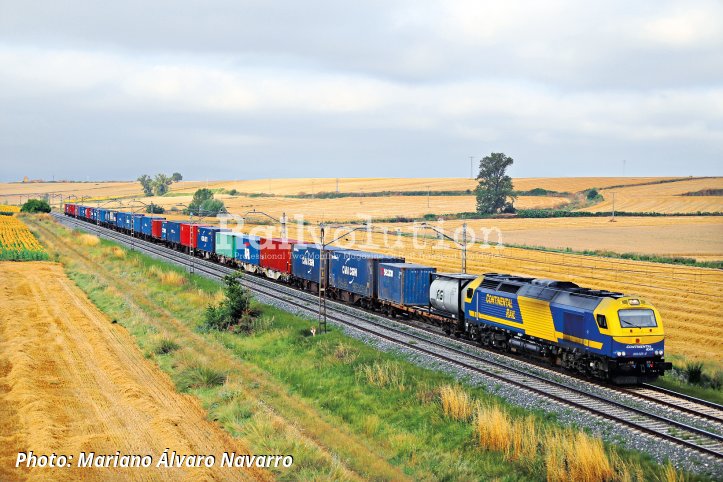 Spanish open access railfreight private operators have demonstrated their ability to run their trains more economically, more efficiently, and over longer distances than the State operator. They have captured at least 30 % of the national railfreight market. But there is still a long way to go - railfreight represents under 2 % of all freight movements in Spain.

Continental Rail’s 335.023 with an intermodal working from Sevilla to Bilbao near Grisaleña, near Briviesca in Burgos province, on 2 August 2018. 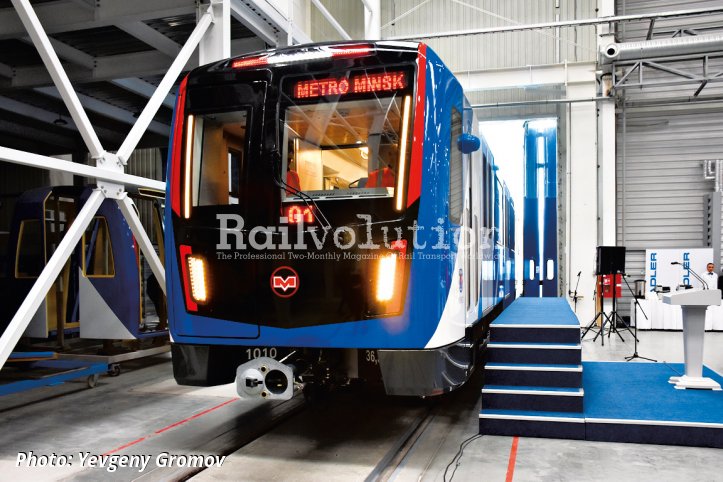 A Visit To The Stadler Minsk Works

On 20 March 2019 at its Minsk (Fanipol) works Stadler and Minsky Metropoliten presented the first Model M110 metro train. In January 2017 the operator ordered 10 trains - six four-car and four five-car. Six of these are to be delivered in 2019 and the remainder during 2020.

The first Model M110 four-car train destined for Minsk Metro waiting for the first „passengers“ at its public presentation. 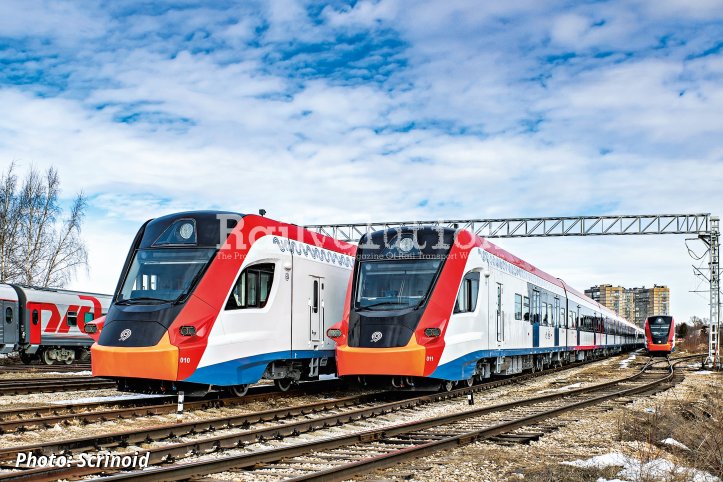 A Visit To TVZ

On 28 March 2019 we visited Tverskoy vagonostroitelny zavod (TVZ). This carriage works is now, in addition to various types of carriage, also building Class EG2Tv Ivolga EMUs, which are the most modern EMU type yet developed by TMH.

These are the latest Ivolgas, EG2Tv-010 and 011 at the TVZ works, waiting for delivery to TsPPK. 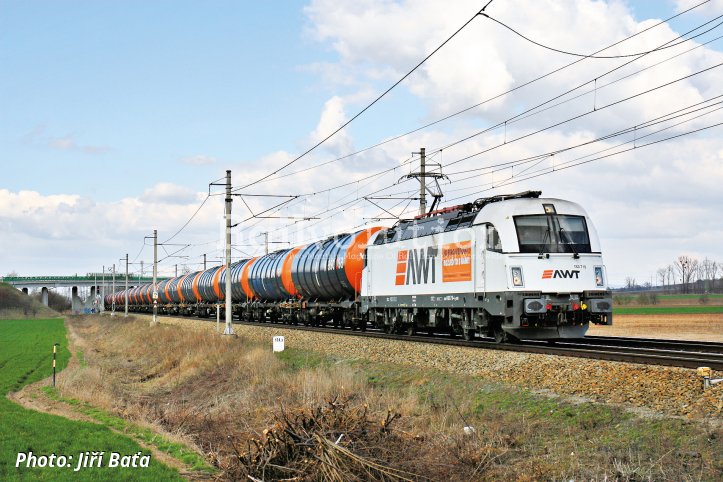 The Railfreight Market In The Czech Republic, Slovakia, Hungary And Poland

This article focuses on the main railfreight operators currently active in Czech Republic, Slovakia, Hungary and Poland, with illustrated summaries of the activities of each. Tables are provided showing the operators' market shares.

AWT is about to increase its fleet of modern electric locomotives. The first to be purchased outright were three ES64U4 Tauruses, one of which, 183 719, appears in the photo, taken on 19 March 2019 near Řikovice, hauling a train of empty tank wagons from Germany to the Slovnaft refinery in Bratislava. 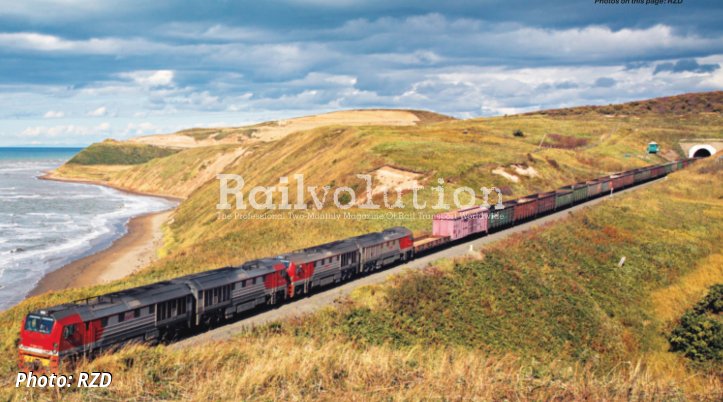 At EXPO 1520 in September 2015 Lyudinovsky teplovozostroitelny zavod presented the first of its new Class TG16M two-section main line diesel locomotives for use on RZD’s Sakhalin network. However, the locomotives built so far have been plagued with a series of breakdowns, and in the end RZD stopped ordering. 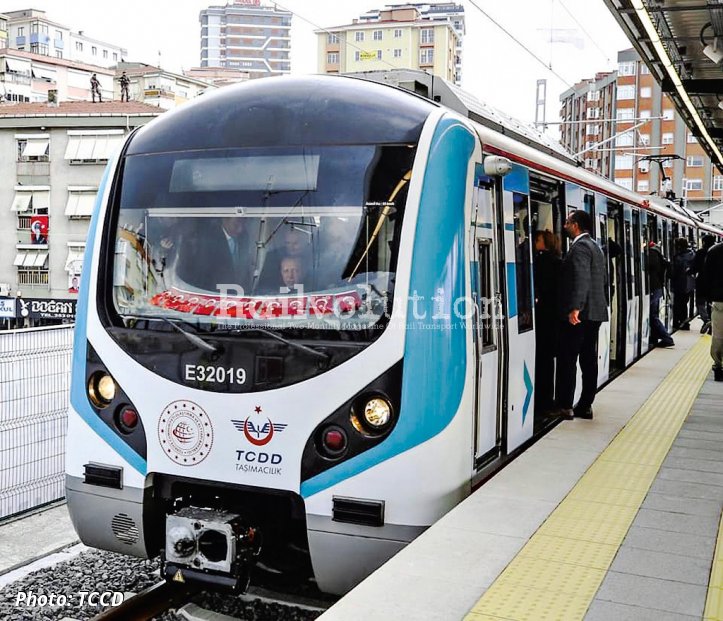 15 years after construction of the trans-Bosphorus rail link started in 2004, on 12 March 2019 Turkish President Recep Tayyip Erdoğan inaugurated services over the whole of the 76.6 km, 43-station, 100 km/h line between Gebze in Anatolia (Asia) and Halkalı in Thrace (Europe). 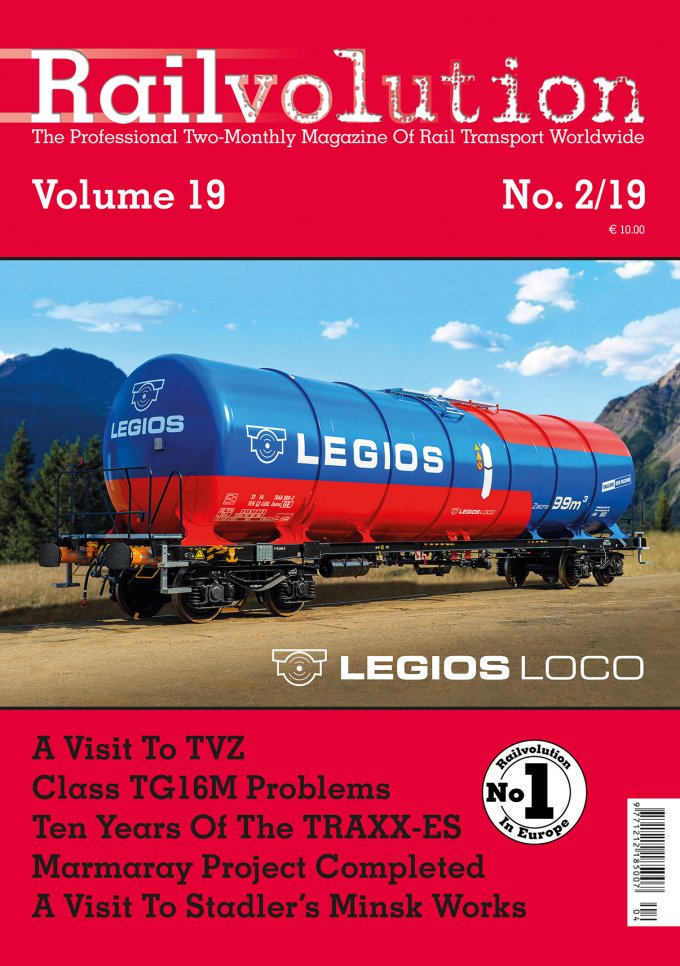 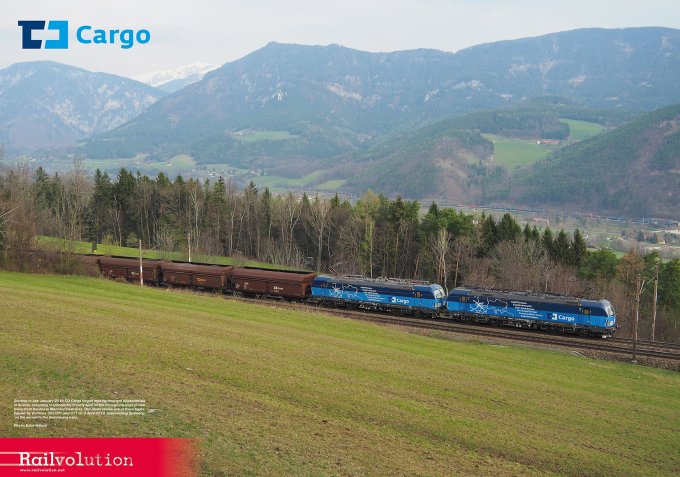