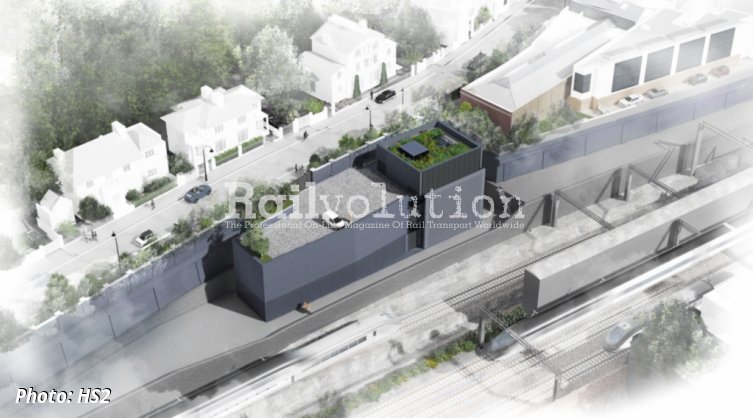 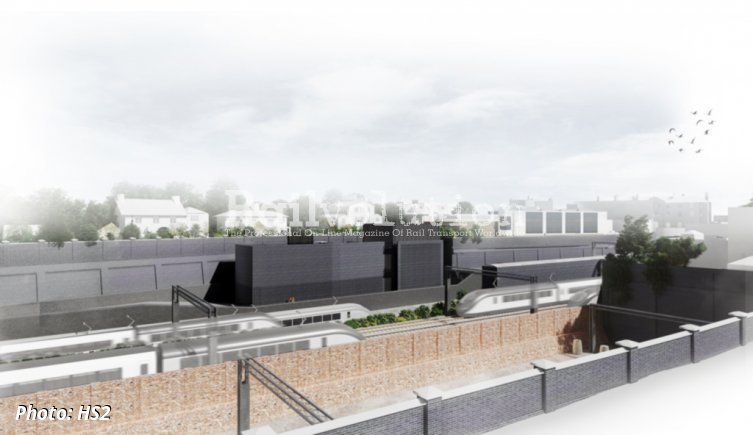 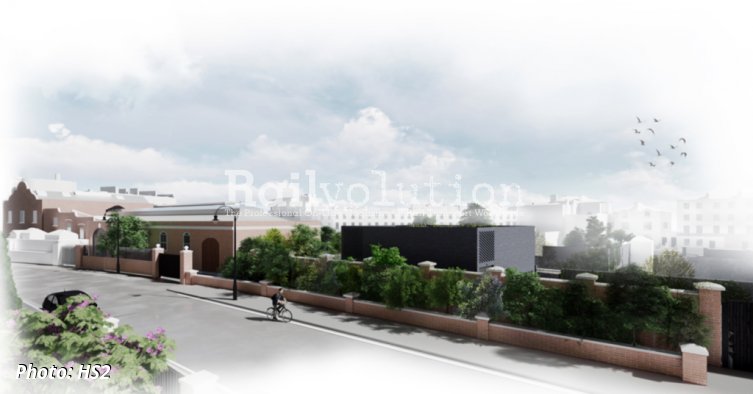 On 16 February 2021, HS2 revealed the final design for the headhouse that will provide emergency access to the new high speed railway’s tunnels as they approach Euston station. Located next to the existing West Coast Main Line, the split-level three-storey building will be clad with traditional blue/grey engineering brick, in keeping with the area’s Victorian railway architecture.

Engineering bricks, which are tough and durable, were widely used by the19th century railway engineers who built what is now the WCML. Standing next to the original 10 m high retaining wall, the new headhouse structure will extend above the top of the wall, with a green roof, stone-paved courtyard and entrance facing Park Village East.

At street level, the original parapet wall will be retained with new planting to help reduce the visual impact of the building. Below ground level, a 12 m diameter ventilation shaft will reach down to the twin tunnels below, provide emergency escape and access for the emergency services together with supporting ventilation and electrical plant rooms.

HS2 engaged Camden Council during the development of the designs and have held a series of public engagement events to gather views from the local community since 2018. As a result, several significant changes have been made to the final design, including the increased use of brickwork and additional planting at street level.

The plans were drawn up by HS2 Ltd’s main works contractor - a Costain, Skanska and STRABAG joint venture, working with its design partners Design House. The joint venture is delivering 41.8 km of tunnel from Euston, via Old Oak Common to the outskirts of London near Ruislip.