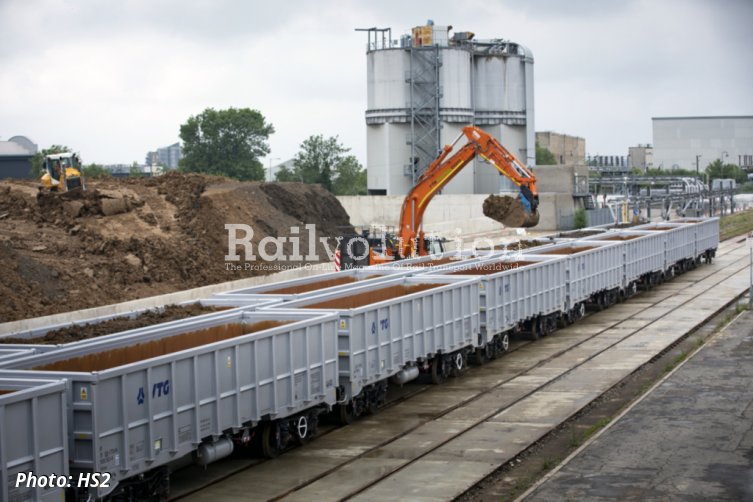 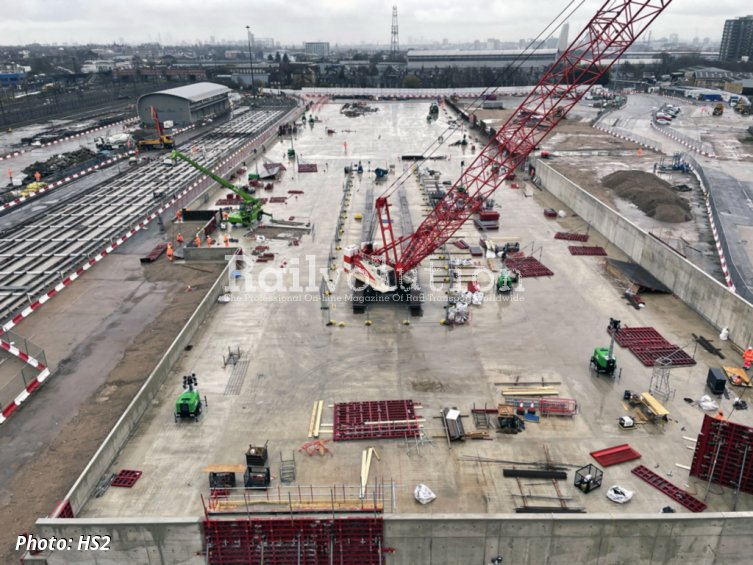 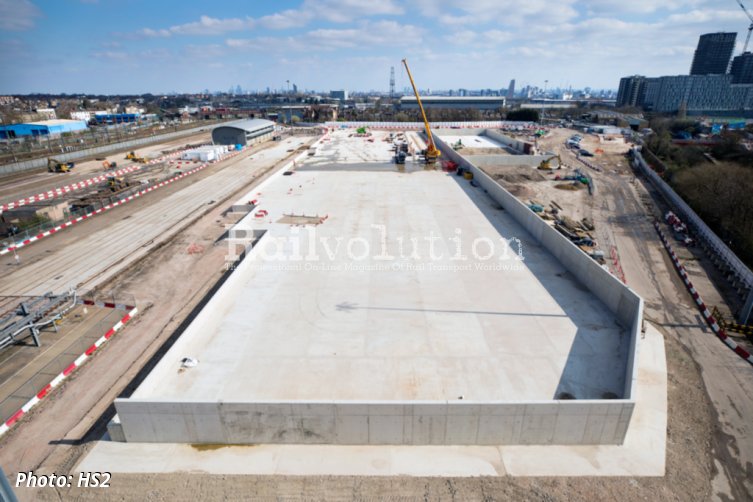 On 14 September, HS2 has revealed the colossal logistics operation that is taking place at HS2’s logistics hub near Willesden Junction. The 30-acre site will be the beating heart of the logistics operation for HS2 in London, and will be where earth from the 41 km of tunnel will be processed and critical construction materials, such as pre-cast tunnel segment rings, will be delivered. The hub has been constructed and will be operated by HS2’s Main Works Civils Contractor, Skanska Costain STRABAG joint venture (SCS JV).

The construction of HS2’s London tunnels will require 5.6 million tonnes of earth to be excavated. After being processed at the site near Willesden Junction, it will be taken by train to three locations across the UK - Barrington in Cambridgeshire, Cliffe in Kent, and Rugby in Warwickshire - where it will put to beneficial reuse, filling voids which will then be used as a basis for redevelopment, such as house building.

The site will also receive over 100,000 pre-cast tunnel segment rings which will be used to form the walls of the London tunnels, delivered by rail from UK manufacturing sites. HS2’s contractor SCS JV has already confirmed that the first contract for pre-cast tunnel segment rings has been awarded to Pacadar UK, and will be delivered to the site from their factory in the Isle of Grain in Kent.

At peak operation, eight trains per day will depart and arrive at the logistics hub, maximising the use of rail freight in the construction of HS2 in London and resulting in one million lorry movements not going on UK roads. HS2’s Chief Executive Officer, Mark Thurston said: “In building Britain’s new high-speed railway, HS2 is committed to protecting the environment and minimising our carbon footprint during design, construction and operation. As a result, we are moving as much material as we can by rail as part of our Materials by Rail programme. The logistics hub at Willesden will be the beating heart of our London logistics operation and is a critical part of how we are building HS2.”

The operation is being coordinated from a refurbished building on the site. Sheffield based SME, 3Squared, has developed a bespoke rail logistics software solution to manage and track the railway materials movements in and out.

The London Logistics Hub sits on the old Freightliner Terminal site that first opened in 1967. It went on to become one of nine regional freight terminals developed specifically to handle Channel Tunnel intermodal traffic but eventually went into disuse in 2005. The site’s connections to the conventional railway make it an ideal location to coordinate HS2’s London logistics operation.

The logistics trains are currently operated by GB Railfreight and the entire operation is the result of meticulous planning between HS2, Network Rail, SCS JV and HS2's supply chain. The first train departed the site at the end of June, taking 1,470 tonnes of spoil to Barrington in Cambridgeshire. Today, the UK railway network is supporting approximately 60 freight services a week for HS2.

At an event to open the logistics hub today, a Class 66 locomotive was revealed, 66796, which has been rebranded by GB Railfreight with a HS2 design. The locomotive was named ‘The Green Progressor’ by 15 year old HS2 enthusiast, Jermaine from Leeds.