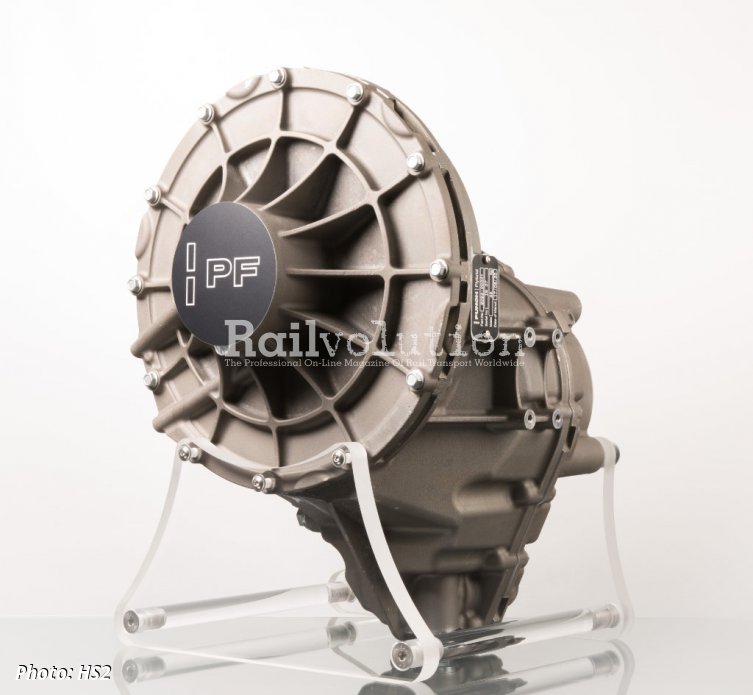 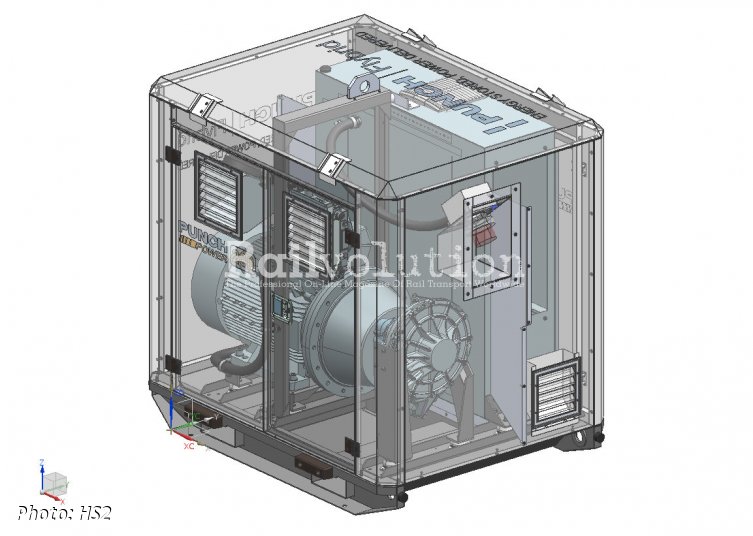 The company behind Britain’s new high speed rail network is trialling technology developed for Formula 1 motorsport to dramatically cut fuel consumption, carbon emissions and improve air quality at one of its London construction sites. As part of HS2 Ltd’s Innovation programme, a tower crane on the railway’s Euston approaches site, that would normally be powered by a 500 kVA diesel generator to lift loads of up to 24 tonnes is instead being driven by one less than half that size. The site, where HS2’s London tunnels surface is operated by the project’s tier one civils contractor Skanska Costain STRABAG joint venture (SCS JV).

The significantly smaller 200 kVA generator’s power difference is bridged by pairing it with an energy storing flywheel system developed and supplied by Silverstone-based engineering specialist PUNCH Flybrid. Incorporated inside the PUNCH Flybrid-supplied unit, the flywheel, measuring just 35cm in diameter, is housed in a vacuum chamber to all but eliminate energy-sapping resistance that would result from contact with the air.

The technology matches the power of larger, thirstier generators by using the 200 kVA generator’s surplus power during the crane’s low load periods to charge the spinning flywheel to very high speeds, equivalent to a ground speed of 550 mph. The kinetic energy stored by the flywheel can then be quickly released to support the generator when the crane demands maximum power to lift heavy loads.

The UK firm’s expertise was originally deployed in F1 motorsport and was subsequently put through its paces in endurance racing, including the famous Le Mans 24 Hour, before both sports opted to focus exclusively on electric battery-based hybrid technology - now widely used in passenger cars. Able to perform up to 10 million charging cycles compared to 3,000 of a typical electric vehicle battery, PUNCH’s Flybrid’s flywheel know-how, is – through HS2’s Innovation programme – proving to be the perfect fit with the extreme and repetitive demands of the construction industry.

Such is the hybrid system’s efficiency that in May 2022 the Euston trial more than halved the diesel consumption of a single tower crane to 6.3 litres per hour, thereby saving 4.8 tonnes of carbon – equivalent to the average monthly CO2 emissions of 40 family cars. Commenting, Innovation Lead for Rail at Innovate UK, Kelvin Davies said: “Innovate UK is delighted to work with HS2 in the delivery of innovation for this prestigious programme, and through this collaborative working a new relationship between HS2 with PUNCH Flybrid has created the opportunity to explore the potential offered by a tried and tested automotive technology to save fuel, cut costs, reduce CO2 emissions and create possibilities for future economic growth in the high value manufacturing and engineering sectors.”