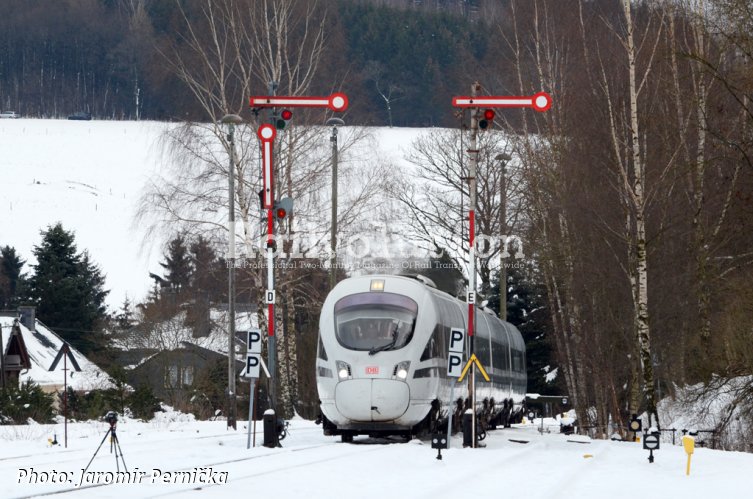 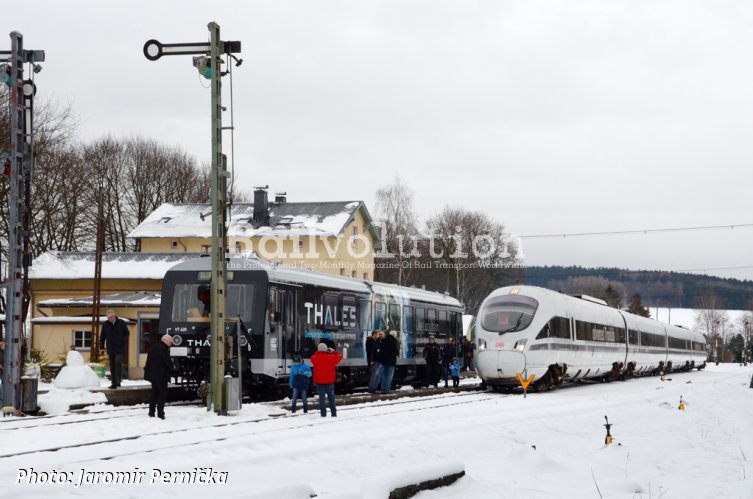 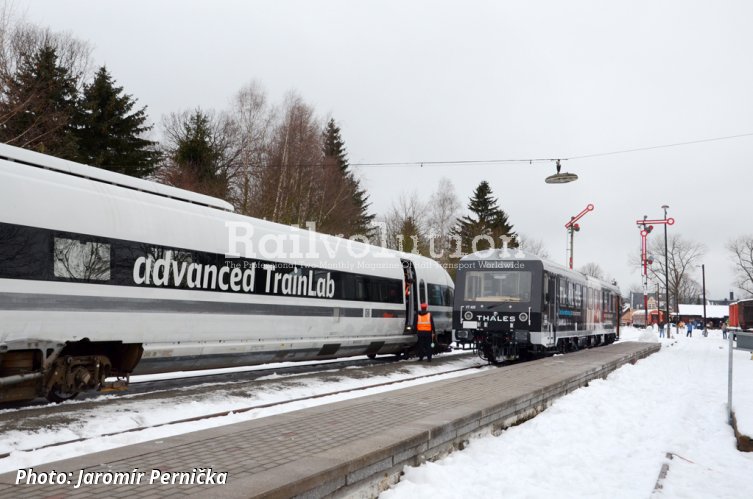 On 20 December 2018 DB’s new mobile laboratory, created using a Class 605 ICE-TD DMU modified for testing purposes, visited the Annaberg-Buchholz - Schwarzenberg line which was converted by DB to a Living Lab „railway laboratory“. The latter forms part of the Digitale Leit- und Sicherungstechnik (Digital Control and Interlocking) research programme. One of its objectives is an increase of 20 % in the number of trains being run on the existing DB Netz network, this being accompanied by an increase in operational safety, and a number of other positive factors.

ETCS Level 3 is one of the pillars of the new German rail digitalisation programme. The first technical demonstration of ETCS Level 3 at Living Lab took place on 6 September 2018, together with Thales and Bombardier, using a TRAXX DE locomotive 285 104 of PRESS and VT 420 diesel railcar bought by Thales for the purpose of rebuilding it to the test vehicle of its interlocking technology. The project, together with an Advanced TrainLab, will be described in the new issue of Railvolution 6/18.