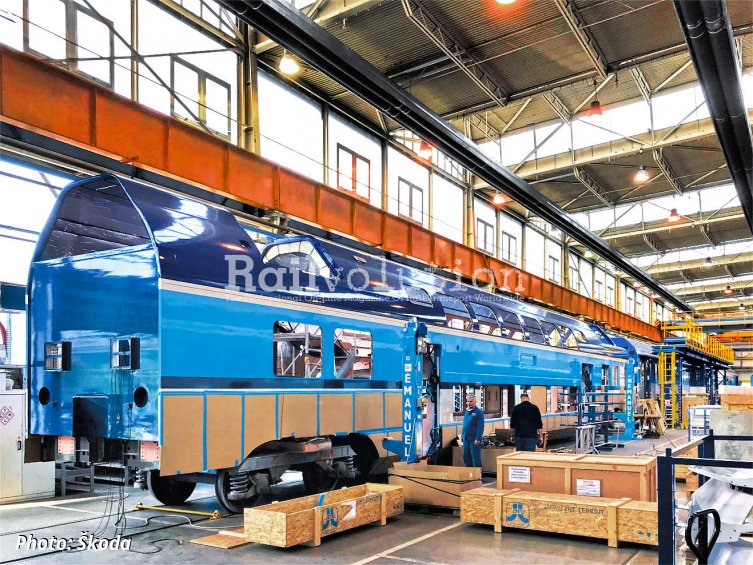 In addition to the ČD Viaggio Comfort cars, six of which are now at various stages of final assembly, Škoda Vagonka also produces the first double deck cars for České dráhy, the batch of which will form five three-car push-pull rakes. In April, a bodyshell was completed for the first car, and after the cabling was laid, it was moved to the final assembly in late May. This is the end car, which will be coupled on the locomotive side.

It is to be completed by mid-August, and then it will be commissioned at the Škoda Vagonka testing room. Subsequently, it will be sent to the Škoda Transportation works in Plzeň, together with the first intermediate car and the first driving trailer, which are also being manufactured in Ostrava at present. The rake will be tested in respect to the control system, subsequently the tests will take place with a ČD Class 750.7 diesel locomotive. Then this first unit will be moved to the VUZ test centre Velim, where the authorisation tests will take place.