Aventra For WMT On Test At Velim 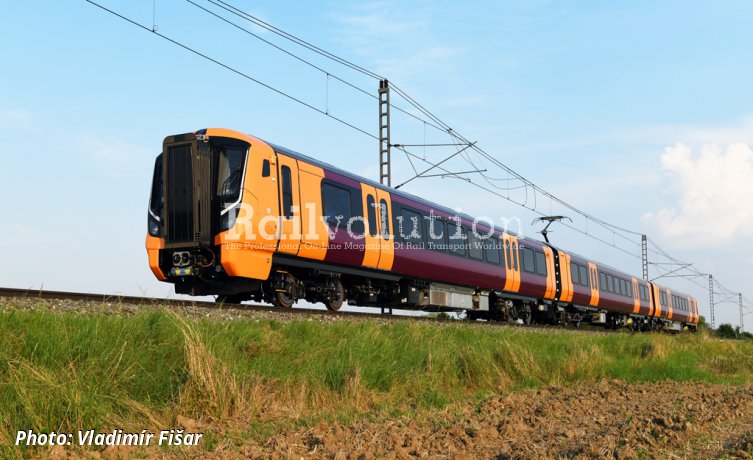 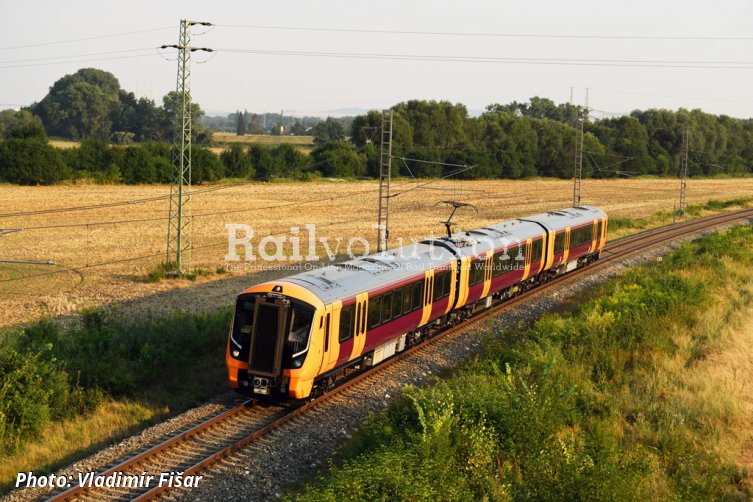 On 9 August 2020 a first three-car Aventra EMU 730 001 for West Midlands Trains started testing at the VUZ Velim test centre. It is expected that the train will stay here until October 2020.

Following the announcement made by the Department for Transport on 10 August 2017, on 10 December the Abellio (principal shareholder)/Japan Railway East/Mitsui joint venture West Midlands Trains took over local train services in the West Midlands from the previous franchise holder, Govia’s London Midland. That day the new franchisee announced that it would invest 1 billion GBP over the coming nine years into new trains, train refurbishment and station and service improvements.

CAF is to build 12 two-car and 14 four-car 160 km/h DMUs worth around 200 million GBP for local services in the West Midlands conurbation. The two-car DMUs will have a power rating of 780 kW, while the four-car ones will have a rating of 1,560 kW (390 kW per car). These trains are to be financed by Infracapital and Deutsche Asset Management and leased to WMT. This order is worth around 200 million GBP.

Bombardier is to build 36 three-car 145 km/h (90 mph) 25 kV AC Class 730/0 Aventra EMUs for inner suburban services and 45 five-car 177 km/h (110 mph) 25 kV AC Class 730/1 and 730/2 Aventra EMUs for outer suburban and long distance services. The three-car trains, over 72 m in length, designed for inner suburban services, will be fitted with a minimum of 182 standard class seats and nine tip-ups, together with two wheelchair spaces.

Bombardier was nominated preferred bidder on 17 October 2017 and the binding contract, worth around 542 million GBP, was signed on 12 December 2017, this including a maintenance agreement which will run until the franchise ends, including any later extensions to the franchise period. One of the contract signatories was WMT, while the other was Corelink Rail Infrastructure, which is a joint venture between Deutsche Asset Management and Infracapital.

The trains are to be built at Bombardier’s Litchurch Lane works in Derby and delivered between 2020 and 2022, resulting in a 25 % passenger capacity increase of the WMT fleet. The Class 730s are the first Aventra EMUs with end gangways.