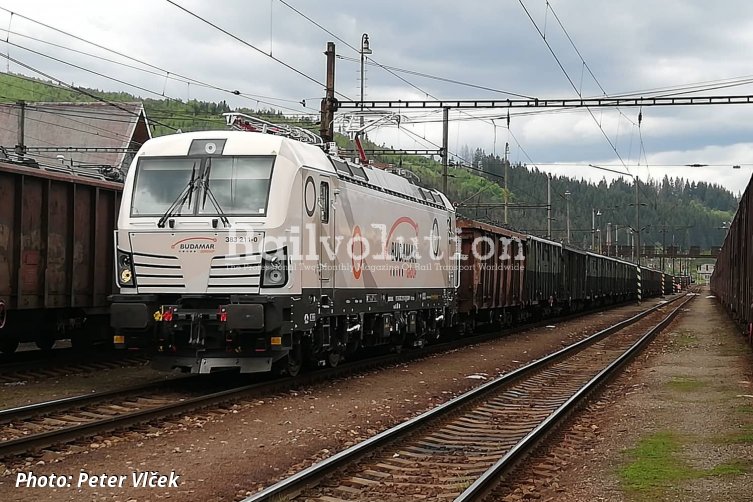 During mid-May, all three of the Vectron MS locomotives, 383.211 to 213, which have been delivered so far out of the five on order for use by SPAP (Slovenská plavba a prístavy - Slovakian Shipping and Ports) were decked out with Budamar Logistic vinyls. On 20 May two of them moved from Bratislava to Čadca, to take charge of their first commercial freights. This photo, taken at Čadca station that day, shows 383.211, debuting at the head of a coke train from Poland. This is a regular working for Lokorail, SPAP’s sister company within the Budamar Logistic Group.