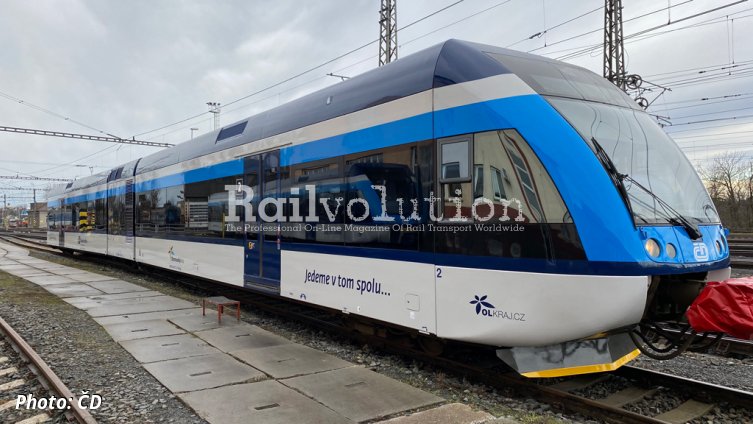 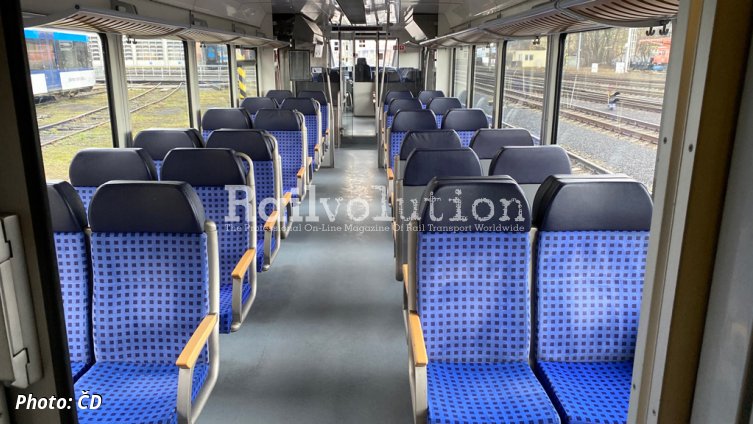 On 10 February 2020 České dráhy, together with Olomoucký kraj (the Olomouc Region), presented first two of the 12 Class 646 DMUs purchased in December 2018 from DB. They are 646 026 and 027 and will start to carry passengers in the coming days. They will be used exclusively in Olomoucký kraj, in the first stage on the line from Olomouc westwards to Drahanovice (25 km). Later, the other Class 646s will also be used in the north of the region, for example on the Šumperk - Hanušovice - Jeseník line (63 km), or from Olomouc northeast to Moravský Beroun (36 km). The first test runs on the Czech network under its own power were realised using 646 026 on 16 January 2020.

All 12 GTW 2/6 DMUs, built by Stadler between 1999 and 2000, were transported from Germany to the Czech Republic in two batches during 2019. The first two trains were modified by ČD itself, in its Olomouc depot, and two more will follow later this years. At the same time, the second invitation to tender for the complete modernisation of all 12 Class 646s is running since December 2019. This work will include installation of LCD displays, Wi-Fi and electrical sockets for charging small electronics, as well as fitting of new upholstery on seats. The deadline for submitting applications was 6 February 2020. Subsequently, price and contract terms will be negotiated with the selected bidders to achieve the most appropriate bid. It is for the first time that ČD has the Type GTW 2/6 in its fleet.