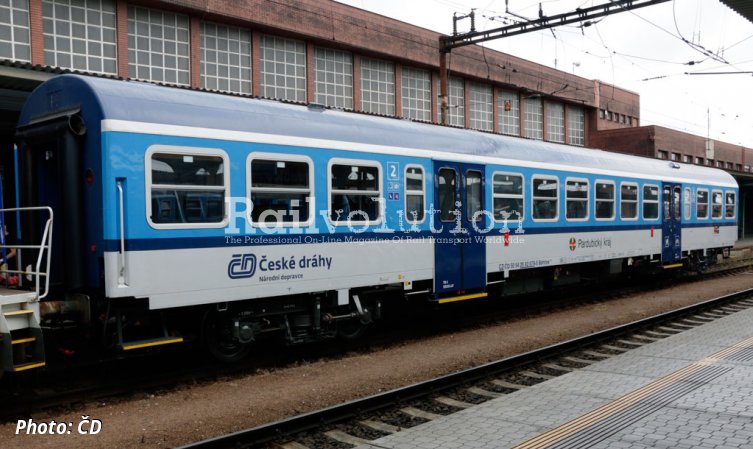 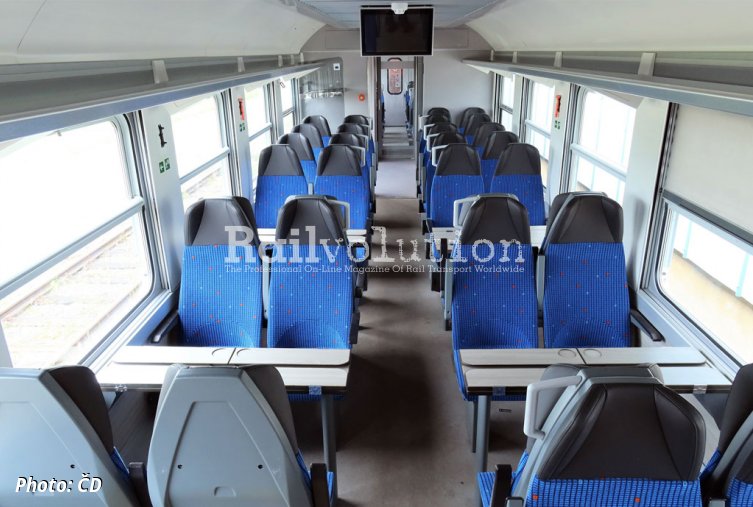 On 11 November 2020, ČD signed a contract worth of up to 700 million CZK (around 26,4 million EUR) with TRATEC-CS for the modernisation of 16 Class Bymee to the Class Bdmtee carriages, which will be used in Pardubický kraj (Pardubice region). The contract also includes an option for 36 more cars, which in the future could be used in other regions, if these would also be interested in such modernisations.

ČD said: „The prototype modernisation was put into test service in late August this year and has since successfully run over 14,000 km on the Česká Třebová - Kolín line for which this class is intended.“ The modernised Class Bdmtee cars for Pardubický kraj are to gradually reappear in service during 2021. They will usually run in the three-car push-pull trains consisting of an electric locomotive, a pair of Bdmtee cars and an air-conditioned Class 961 driving trailer, which is barrier-free.

During the modernisation, new seats with a textile cover will be installed, mostly arranged in row. The remaining seats will be arranged vis-á-vis and there will be a table between them. The number of seats will therefore be reduced from the current 96 to 79. A modern toilet with a closed system will also be installed, but not an air conditioning. The new centrally controlled entrance doors will ensure greater passenger safety. 230 V electrical sockets and USB connectors for charging electronic devices, a new audiovisual information system with LCD monitors, Wi-Fi, a large-volume luggage rack, or places for bicycles and prams will also be fitted.