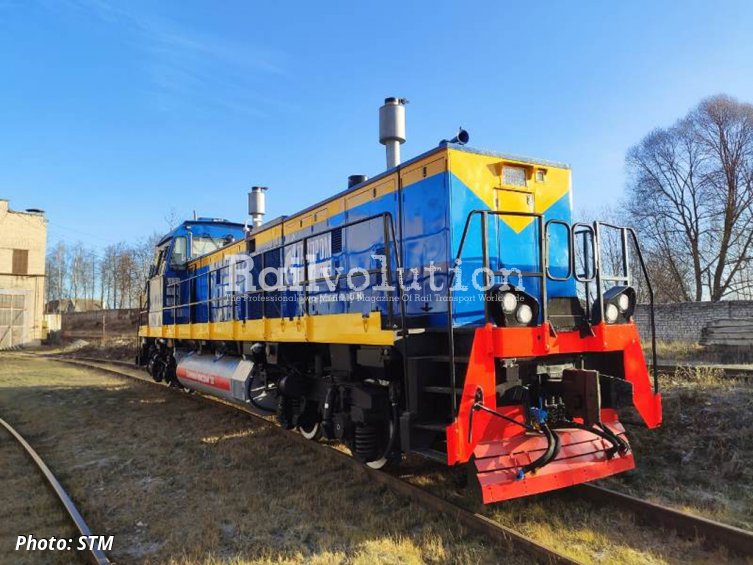 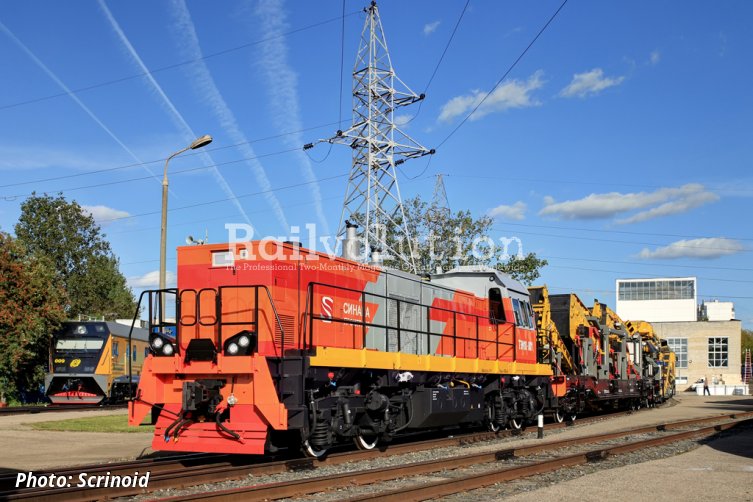 At LTZ (Lyudinovsky teplovozostroitelny zavod, Lyudinovo diesel locomotive plant) TEMG1-001 started its first runs, these including the tests of function of the main locomotive equipment and of the control algorithms of both gas piston engines (depending on the locomotive operating mode, it is possible to use one or two engines to allow for an optimal fuel consumption). As part of the factory tests, TEMG1-001 will pass a 300-hour running time on an LTZ test track. After acceptance tests and certification expected to be awarded in the first quarter of 2020, the locomotive will be moved to the customer - Gazpromtrans (a Gazprom subsidiary).

The Class TEMG1 prototype was seen at Pro//Motion.Expo 2019 in Shcherbinka. The locomotive is designed for shunting and light main line service. It uses main components from the new LTZ-built Class TEM10 modular diesel locomotive, such as the main frame, bogies or bonnets and the driver's cab. So it has a Bo’Bo’ axle arrangement and a maximum speed of 100 km/h. It is equipped with two LNG engines, each with a 428 kW output, giving the Class TEMG1 the same total power of 856 kW as has the Class TEM10, the power on the wheel rim being 667 kW. The maximum starting tractive force is 291 kN and the continuous tractive force is 216 kN.

The fuel tank, suspended on the main frame, has a volume 2,800 kg, which should allow the locomotive to operate for four to seven days without the LNG refuelling, depending on the operation mode. There are fitted the DC traction motors, while asynchronous motors are used for powering the auxiliary drives. The locomotive is equipped with driver's cab air conditioning, fire alarm and fire extinguishing system, gas leak detection system, etc. The braking system is ready for an ep-brake installation. The maximum axle-load is 22.5 t, the minimum curve radius negotiable is 80 m.

According to the agreement signed on 25 May 2018 STM is to deliver Gazpromtrans ten Class TEMG1 machines between 2019 and 2024, for operation on the Obskaya - Bovanenkovo ​​line (belonging to Gazprom) in western Siberia, together with 14 new LTZ-built Class GTEM1 locomotives. Maintenance of the new LTZ gas locomotives will be realised by STM-Servis, another STM subsidiary.

On 4 October 2019, STM and Gazprom neftekhim Salavat signed an agreement to supply 12 Class TEMG1 locomotives, with the delivery of the first one in 2020.