ENR Passenger Car To Be Tested In Hungary 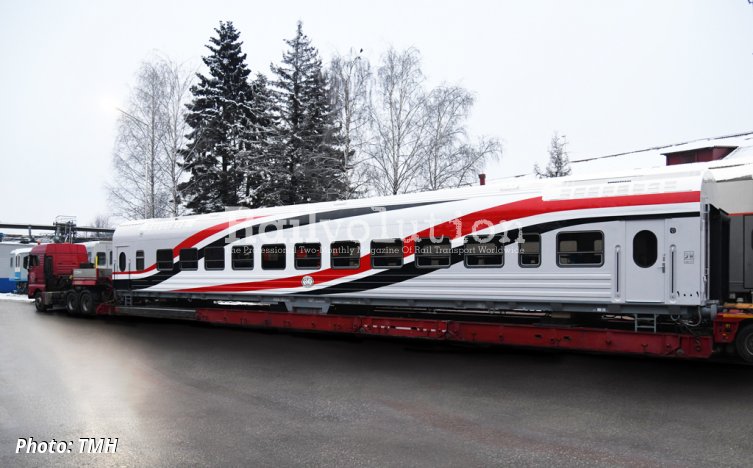 TMH International announced the first prototype passenger car for Egypt is being transported from the TVZ factory towards Hungary, where it will perform certification tests. Built at Tver, this car was presented to the Minister of Transport of Egypt and approved by the inspectors of Egypt National Railways earlier in October.

The prototype has completed factory static tests, while on the MÁV 1,435 mm gauge network will follow various dynamic tests, like bodyshell/bogie rotation or inside and outside noise level measurements. After the trials in Hungary, the car will be sent to Egypt for the final endurance test runs. The delivery of the first batch of 30 carriages to ENR is expected by end of the first quarter of 2020. The contract for the supply of 1,300 cars was signed in September 2018.