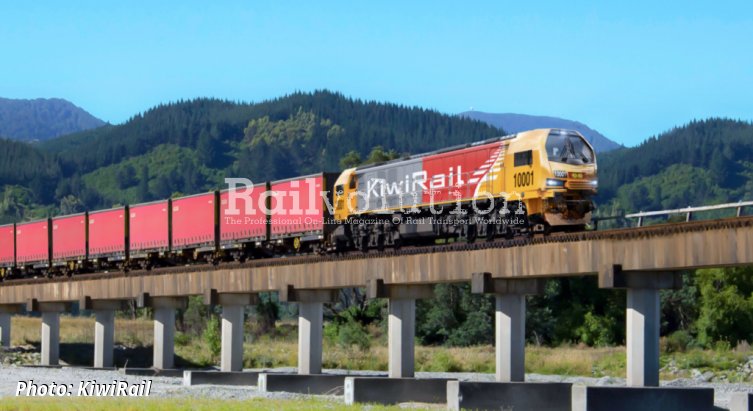 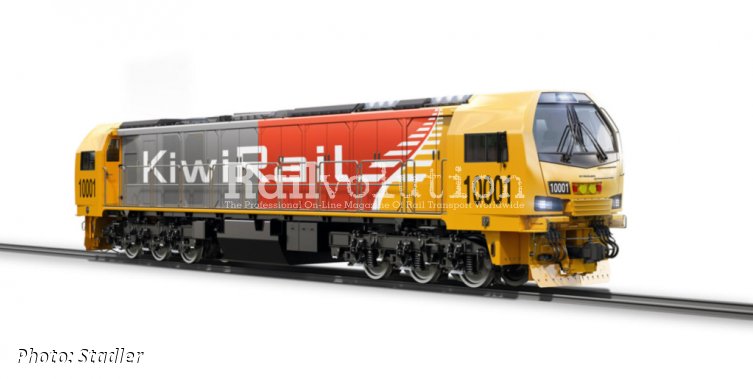 On 11 October 2021, KiwiRail and Stadler announced they signed a frame contract and a first call-off for the 57 diesel locomotives of a 1,067 mm gauge for mainline service, following an international procurement process which attracted the world’s top four locomotive builders. The Expressions of Interest (EOI) phase for the tender was released on the 16 March 2020, followed by a Request for Proposal (RFP) which was released on 20 November 2020. Ten international suppliers participated in the EOI, reduced to four to progress to the RFP stage, those being Stadler, Progress Rail (USA), CRRC (China) and Wabtec (USA).

KiwiRail is a New Zealand government state-owned enterprise, which is responsible for country’s national rail network, and operates rail freight and interislander ferry services. The locomotives, which will be built in Spain, will begin arriving and enter service in New Zealand between early 2024 and 2026. The contract price for the new fleet is 403 million NZ$ (228 million EUR).

Under this contract, Stadler will supply its Type SALi Co’Co’ locomotive, customised to KiwiRail requirements and specific operational schemes. The new locomotives will be used for freight and passenger services, mainly on the South Island, with its challenging track topography. They will be compliant with the latest Stage V emission standard and will have a 3,000 kW diesel engine, that will in many cases allow KiwiRail to operate its trains with less locomotives than at present.

Maximum operational speed will be 100 km/h and the locomotive weight will be 108 t. Final dimensions and target load will be confirmed once the locomotive design is complete. The driver’s cabs will be designed in close cooperation with KiwiRail and according to the latest European standards aiming to achieve an ergonomic, comfortable and safe working environment.

KiwiRail Group Chief Executive Greg Miller said the locomotives represented a new era for rail in New Zealand: „The 57 locomotives will replace our South Island fleet, which has an average age of 47 years. Stadler’s high quality, fuel efficient, more powerful locomotives will allow us to improve service reliability to get more South Island freight off New Zealand’s roads and onto rail. The low emission locomotives are also an important step in KiwiRail’s plan to be emission neutral by 2050.“

KiwiRail also uses a fleet of Chinese-built 2,700 kW Class DL locomotives, which were produced by Dalian works and are operating in North Island. While there were some initial teething issues with the first batch of them, these have since been remedied. KiwiRail states: "As a result of changes to our maintenance practices and improvements in subsequent generations of DLs, the entire fleet is now operating above the contracted Mean Distance Between Failure average. KiwiRail ordered a further 10 DLs recently, which will bring the DL fleet total to 73. They are scheduled to arrive in late 2022."

The North Island Class DL fleet is used across the island, so the locomotives are located at several depots, including Auckland, Hamilton, Palmerston North and Wellington. The first three numbers on the driver's cabs are inventory numbers of the locomotive, the fourth one is a check digit - so in the Class DL photo, nearest camera is locomotive 964. Taking in mind that KiwiRail currently has 63 Class DL locomotives, this means that sometimes a number is skipped in the class system, which is why the locomotive in the photo has number 64.

The current South Island fleet also operates across that island, so these locomotives are stabled at various depots. For the new Class 1000s, KiwiRail is building a new maintenance depot in Christchurch, which will be their main base.