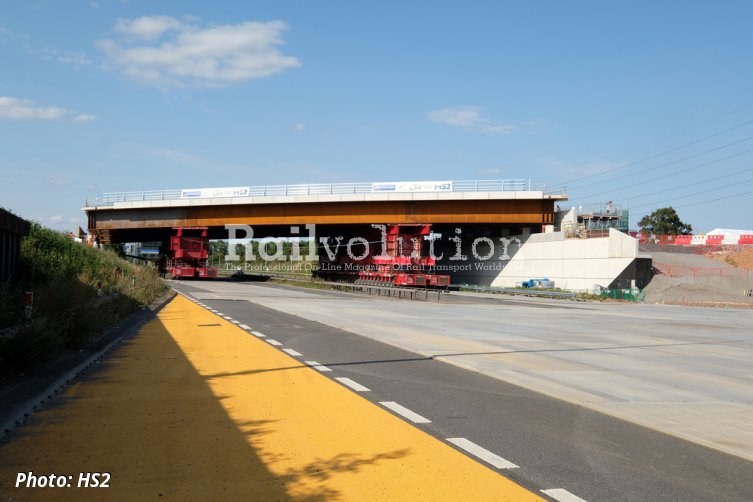 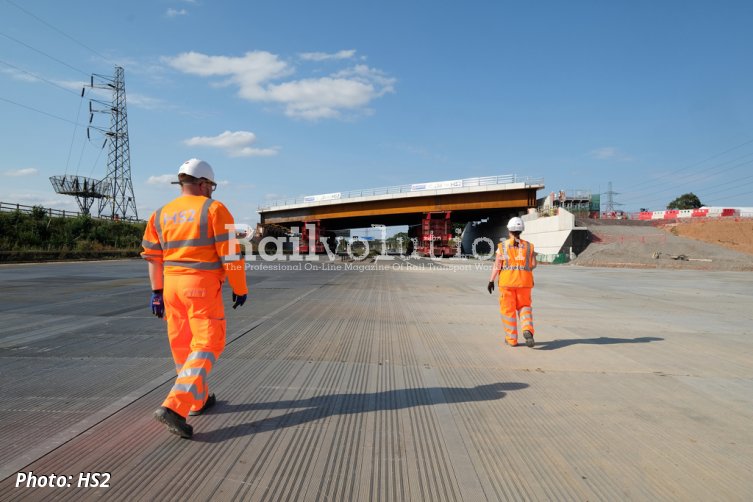 Work to install a 65 m bridge, spanning the width of the M42, was completed in just two days and ahead of schedule as the motorway reopened to road users on 9 August, 22 hours earlier than planned. The works near Interchange Station move Solihull a step closer to the arrival of HS2.

The 448-wheel transporter took just one hour and 45 minutes to move the bridge span 150 m, where it was affixed to a composite concrete deck to complete the overall bridge structure. Traditional construction methods would have required several weeks of lane closures on both carriageways, followed by additional weekend and overnight closures.

Once complete HS2 will bring the West Midlands within an hour’s commute of Manchester, Sheffield, Leeds, York and London, making it one of the most connected parts in the country. HS2 is already transforming the region, spearheading regeneration and economic investment in Birmingham and surrounding towns, including Solihull. HS2’s Interchange station is at the heart of the UK Central Hub growth area which will create 70,000 new and safeguarded jobs, up to 5,000 new homes and 650,000 m2 of commercial space.

Further work in preparation for the arrival of HS2 is scheduled to take place later this year. A similar bridge placement will be installed over the A446, ahead of two more bridge structures being installed which will span the new high-speed railway line.