Modernisation Of The BLS Class Re 465 Locomotives 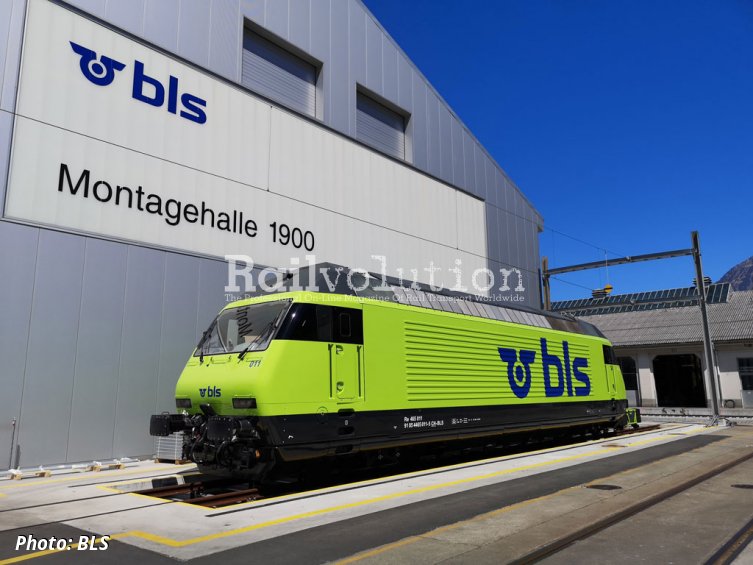 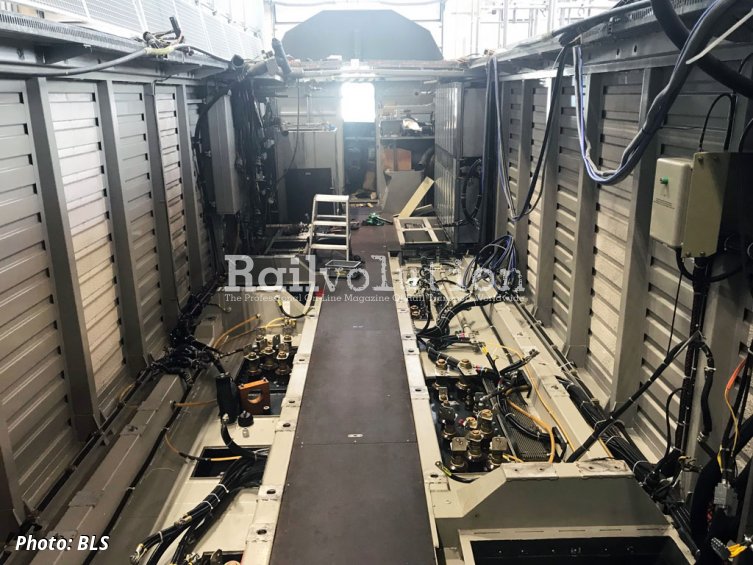 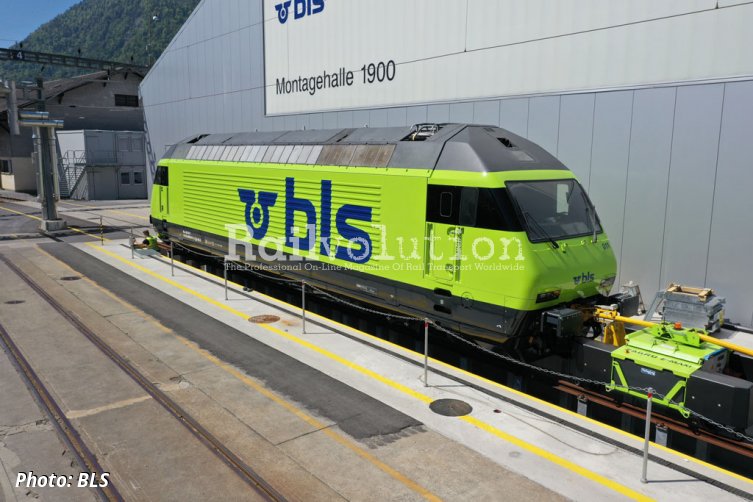 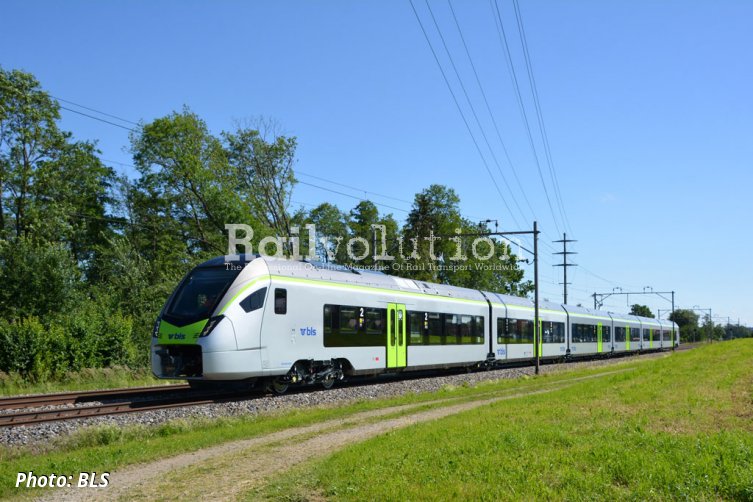 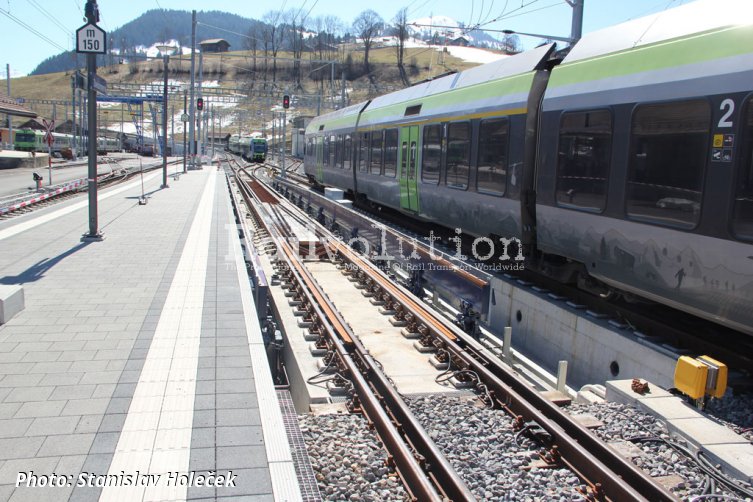 BLS has started to modernise its Class Re 465 locomotives, which, after about a quarter of a century of operation, will be adapted to another 15 years of service, around until 2040. Between 1994 and 1997, 18 Class Re 465 locomotives were produced by SLM and ABB/Adtranz. They are designed for a 15 kV 16.7 Hz voltage, a maximum speed of 230 km/h (however the maximum service speed is limited to 160 km/h) and have a maximum power of 7,000 kW. These locomotives are located to the Spiez depot and are now used in both passenger and freight service, such as RegioExpress (RE) trains on the Bern - Neuchâtel - La Chaux-de-Fonds route.

The modernisation program („Refit“) is planned for three years: it started last year and is due to last until mid-2022. Re 465 001 was completed first in November 2019 and Re 465 004 in January 2020, and in March 2020 both completed the first test runs in multiple. The third locomotive, Re 465 011, was completed in early May, but it was the first to receive the new BLS colors (which replaced the hitherto characteristic blue-white livery).

The individual names of each locomotive, which was used from the time the machines were new, is omitted during repainting in the new BLS livery. Re 465 001 is still fitted with vinyls promoting since June 2017 a „10 years Lötschberg Base Tunnel“ anniversary, while Re 465 004 wears its long-term „Kambly“ advertising (the famous Swiss biscuits company in Trubschachen, east of Bern, founded in 1910).

Basically, the Class Re 465 modernisation differs from that of the similar SBB Class Re 460 locomotives, rated at 6,100 kW. The latter are being fitted with the new Type BORDLINE CC1500 Compact Converters supplied by ABB Switzerland, equipped with IGBT modules and water-cooling, replacing the original oil-cooled GTO converters. There are also new, oil-free compressors, and various pieces of the new components.

The modernisations of the BLS’s Re 465s is being realised when they achieve their Revision 3 main overhauls, after 4 million km, which means cost savings, as certain steps are carried out only once. The work involves checking over the bodyshell to see where there is rust or damage, repairing this, and repainting. The bogies, buffing gear and screw couplings, air tanks, dampers, cooling systems and in-cab equipment are checked over and repaired or replaced where necessary. The same applies to the electrical equipment, the pantographs, the main transformer, and all pneumatic equipment, involving replacement of worn wiring and optic cables. The driver’s cabs are made of fiberglass-reinforced composite, but this material is already worn, so damaged areas need to be repaired.

The initial GTO traction converters are retained, are repaired and overhauled as are the other main components. The most important element of the Class Re 465 locomotive modernisation is the installation of Ethernet Train Backbone (ETB) network. It is fully replacing the initial multiple control enabling to work with the old Class Re 420/425 locomotives. ETB will allow the modernised locomotives to run in multiple with TRAXX and Vectron locomotives of BLS Cargo by the extension of the ZMS time multiplex train control.

Moreover, the modernised Re 465 machines will be able to haul the car carrying trains (BLS Autoverlad) on the Kandersteg - Goppenstein, Kandersteg - Iselle (Italy) and Brig - Iselle lines. This is in conjunction with the fact that the loading wagons and driving trailers are also receiving a large refit. The modernised Re 465s will also be able to haul the „Goldenpass Express“ Interlaken - Montreux trains between Interlaken and Zweisimmen, using the new MOB cars with the bogies enabling the gauge change (the new gauge changer is since 2019 tested in Zweisimmen).

The locomotives will also be equipped with an automatic switching off system for the traction converter and traction transformer cooling pumps when the locomotives are stabled, for instance overnight in stations. One further advantage of this system is that it will reduce the noise generated by the locomotives when at a standstill. The present fire alarm system becomes upgraded, but no fire suppression system will be installed.

Once the batch modernisation programme gets under way, it is expected that each Re 465 will take between 12 and 14 weeks at Bönigen to be dealt with. This will now be achieved with the fourth machine, Re 465 013. This year, five to six locomotives are to be modified in this way. The cost of modernising the whole batch of 18 locomotives is approximately 20 million CHF.

The modernised Class Re 465 locomotives will be used on the car carrying trains, the date being set in the near future, and will replace the brown Class Re 425 locomotives there, so the BLS does not have to purchase the new locomotives. In passenger transport, their only services will remain the „Goldenpass Express“ trains, because from mid-2021 the new Class RABe 528 FLIRT EMUs will start to replace the 43 ageing trains: nine Type EW III (Einheitswagen III) locomotive-powered push-pull rakes, 21 Class RBDe 565 EMUs and 13 Class RBDe 566II EMUs. So in the future, BLS will use only three types of EMUs in passenger transport: FLIRT, MUTZ and NINA (Lötschberger). The Class Re 425 locomotives (ex Re 4/4), which were manufactured 1964 - 83, will be gradually withdrawn from regular service and dismantled.

On 2 May 2017 Stadler was nominated as the preferred bidder by BLS in an invitation to tender from September 2015 for 58 new EMUs. The contract was worth 650 million CHF and was BLS’s largest single order for new trains in the company’s history. All the trains will be 105 m long six-car FLIRT EMUs, operating off 15 kV AC 16.7 Hz. The trains will be designed for a maximum service speed of 160 km/h. 30 of the new FLIRTs will be used on RE services, while the 28 others will be deployed on the
S-Bahn Bern network. Following the trains being subjected to intensive testing and authorisation, the fleet will be drafted into service, with deliveries scheduled to run from mid-2021 to 2025.

The RegioExpress FLIRTs RABe 528 101 - 130 are to be used mainly on La Chaux-de-Fonds - Bern and Bern - Spiez - Brig - Domodossola/Zweisimmen services, and also on various other RE routes. The S-Bahn FLIRTs  RABe 528 201 - 228 are for general use on the capital’s suburban network, which over the coming years is to be extended, with a consequent increase in patronage.

As regards SBB Class Re 460 locomotives, by late May 62 out of 119 locomotives have been modernised. SBB now expects to finish the last modernised locomotive until 30 September 2022 (there was a slight delay due to the corona crisis, the originally planned date was for 31 August 2022.