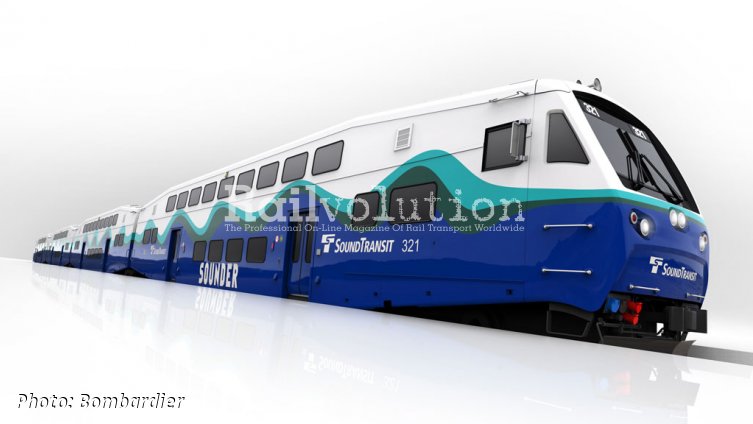 On 27 May 2020 Bombardier Transportation announced that it has signed contracts for 28 BiLevel commuter carriages with two US West Coast transportation authorities in a procurement led by the Central Puget Sound Regional Transit Authority (Sound Transit) in Seattle, Washington. The total combined value of the contracts is approximately 108 million USD. The two contracts represent a combination of eight cab cars and 20 coaches and include options for 33 additional cars. They will be built at Bombardier Thunder Bay works in Canada and deliveries are scheduled to begin in the fourth quarter of 2021.

First introduced in 1978, the BiLevel car is the most popular double-deck commuter rail car in North America and is in operation at 14 transportation authorities across Canada and the United States. They are fully complying with U.S. Federal Railroad Administration (FRA) and American Public Transportation Association (APTA) standards, and are able to be adapted to meet changing requirements. The latest steps in that evolution include BiLevel cars equipped with a Crash Energy Management system, full width cab, upgrades to door and air conditioning systems, enhancements to passenger amenities and more aerodynamic driver’s cabs.