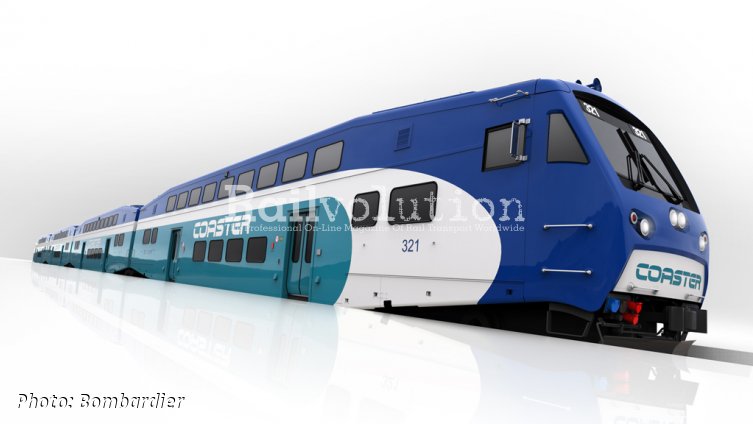 Bombardier Transportation has been awarded a contract by the North County Transit District (NCTD) for 11 new commuter cars for the COASTER service. The agreement was signed on 7 July 2020, following authorisation by NCTD’s Board of Directors at its April 2020 meeting and funding by the California Transportation Commission at its June 2020 meeting. With the purchase, NCTD will be in a position to significantly increase service frequencies to 30-minute headways and begin rejuvenation of current COASTER fleet.

The base order, worth around 43 million USD, includes eight cars and two driving trailers to support the San Diego Association of Governments (SANDAG) 2050 Revenue Constrained Regional Plan (Regional Plan) for increased service levels, as well as an additional driving car. NCTD also has the option to purchase up to 27 additional cars to support its ongoing state of good repair needs.

The new cars will be built at Bombardier works in Thunder Bay, Canada. Deliveries are scheduled to take place in the autumn of 2022. After testing and commissioning, the cars will begin to enter service that winter.