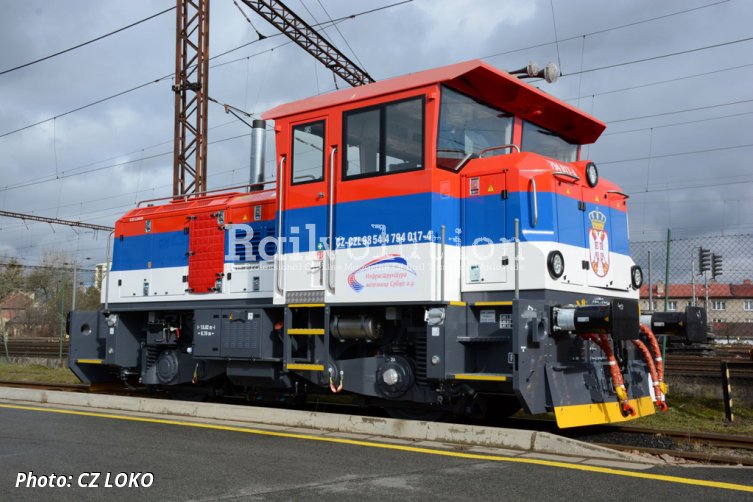 CZ LOKO announced today that, following an international tender, the Serbian state passenger operator Srbija voz will order two Type EffiShunter 300 locomotives. They are to be delivered in the first quarter of 2021 and, similarly to České dráhy, which owns twelve of them, Srbija voz will use them in stations and depots for shunting work of carriages and rakes of carriages

The new shunters will be of the same type as the two locomotives now prepared to be handed over to Infrastruktura zheleznitse Srbije (Railway Infrastructure of Serbia), which were ordered in 2019. The company will use them for hauling of lighter trains used to maintain the infrastructure. Both orders include the installation of the Indusi ATP.

CZ LOKO has developed Type EffiShunter 300 as the smallest locomotive of its portfolio. It is a two-axle shunter with a maximum speed of 60 km/h, powered by a 328 kW CAT C13 diesel engine and fitted with an AC/DC power transmission. This type is also owned by Czech companies ČEPRO and VUZ, and by Metro Warszawskie. The latter locomotive is now waiting for its final approval to be awarded by the Polish rail authority UTK.